Does Hollywood Have a Gun Problem?

‘2 Guns’ is the latest in a spate of ridiculous Hollywood shoot-em-ups that could use some restraint — and it has nothing to do with politics. 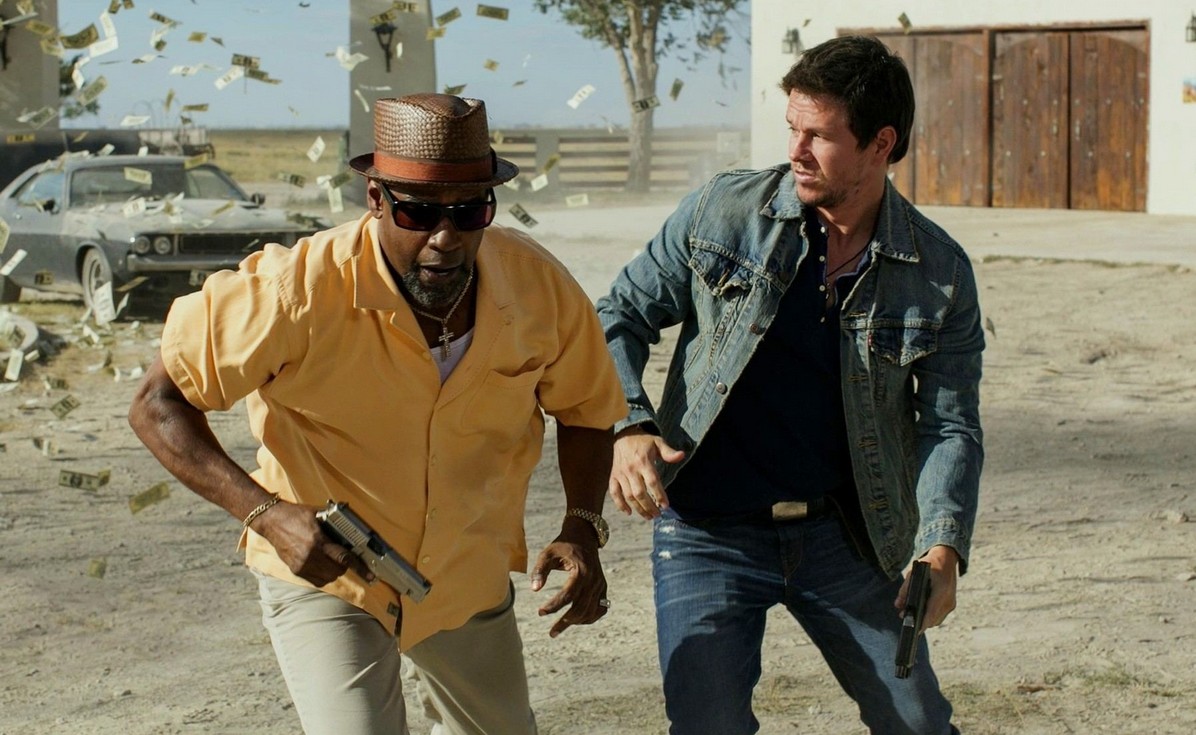 At a local advance screening of the Denzel Washington/Mark Wahlberg action flick 2 Guns, a somewhat disturbing moment preceded the feature. A Pittsburgh media outlet that was sponsoring the screening had a prize to hand out (I didn’t catch what it was). To select winners, the outlet’s representative announced, “We’ve hidden two fake guns under two seats!”

An audible expression of shock erupted from the crowd. While those who found the toys — brightly colored squirt guns, admittedly, but certainly gun-shaped — claimed their prizes, most of the crowd looked at one another in bewilderment.

Someone thought it was a good idea to hide fake guns under movie theater seats? After Aurora? And, more pointedly, at AMC Loews Waterfront 22, where a man was fatally shot in 2005?

Undeniably, it was a stupid, ill-advised promotion. But I can’t help but note that the sponsoring outlet was following Hollywood’s lead — that is, ignore any controversy surrounding gun violence and proceed as planned.

Let me clarify: This is not a column about gun rights. This is a review of 2 Guns (eventually, at least) The nature of Hollywood’s gun problem is apolitical and applicable to either side of the debate. Firearms are a hot-button topic at the moment; the mention, the presence, the topic of guns inspires heated emotions from just about every political bent. So Hollywood’s obsession with over-arming characters is perhaps more ill-advised than ever.

You know that old adage about not bringing up politics at a dinner party? That’s a truism because you don’t want to risk sparking strong emotions in a pleasant setting. And if you make a movie under the shadow of constant gunfire, you take that chance. It’s hard to focus on the witty repartee between Mark Wahlberg and Denzel Washington if you’re silently fuming about a still-smoldering political debate, pro or con.

This is an unremarkable film with a by-the-numbers concept: Wahlberg and Washington are two lawmen in deep cover (a Navy police operative and a DEA agent, respectively), and neither is aware that the other is a cop. They’re both in pursuit of a Mexican drug lord and yada yada yada.

The two stars are amusing throughout, and they have surprisingly strong chemistry; I’d love to see them in a better project. The story, however, is unsustainably thin. 2 Guns is based on a graphic novel by Steven Grant. While I’m generally a proponent of that art form (and think it lends itself well to big-screen adaptation), it seems the source material here must’ve been a lot more “graphic” and a lot less “novel.”

When you want to make a flick out of a thin story, you have to beef up the script somehow. The smart thing to do in the case of 2 Guns would’ve been the addition of loose, funny scenes with the two stars. Let them talk, and you’ve got a movie. That’s not what happened here, though; the filmmakers (led by director Baltasar Kormákur and too many producers to list) instead opted to fill all the empty spaces with violence. I counted: firearms are brandished or fired in 23 separate scenes. That’s, uh, most of the movie. (And I didn’t even count scenes where guns were simply present or, in one case, worn at the end of a crucifix-style necklace.)

This kind of film is the anti-Western. The anti-John Ford. The anti-John Wayne. Those classic films, so ingrained in America’s 20th-century ethos, made toy guns and cowboy hats an obsession for children of the ’60s. But go back and watch the classic Ford films and you’ll notice the sheer restraint compared to modern Hollywood shoot-em-ups. Guns are holstered. Silence fills bar rooms. Violence looms but never explodes until the film’s apex.

In 2 Guns, it’s all one big apex — an infinity loop of explosions and gunfights with no real tension. Toss in a healthy dose of misogyny (the only individual who treated the flick’s sole female character worse than the villain was the screenwriter) and a starkly unnecessary scene of animal cruelty, and the good performances by Wahlberg and Washington are nullified.

Hollywood’s gratuitous violence is not a political problem. It’s a cinematic problem.

At some point, it seems that Hollywood decided to double down on the violence-in-place-of-plot tactic — and it hasn’t been working. The star-studded Gangster Squad, which was partially reshot post-Aurora to remove a scene involving a movie-theater massacre, made only $46 million domestically when it was released earlier this year. The recent action sequel RED 2 opened in fifth place, pulling in a remarkably low $18 million opening weekend. Both of those films boasted strong casts, as does 2 Guns, but they marketed themselves as old-fashioned shoot-em-ups.

2 Guns may find more of an audience than those two pictures due to the easy bankability of Washington, but there’s a clear trend: American audiences will no longer buy tickets just to see cops and robbers fire rounds at one another. Again, that fact has nothing to do with your politics; it’s just not entertaining.

Movies, especially ones like 2 Guns, are supposed to be about escapism. If Hollywood wants to provide that escape, it’s time to heed the words of Johnny Cash.