Do You Recognize the Young Man in the Suit in the First Row?

A Montreal newspaper unearthed this photo of a soon-to-be hockey legend saluting one of his idols. 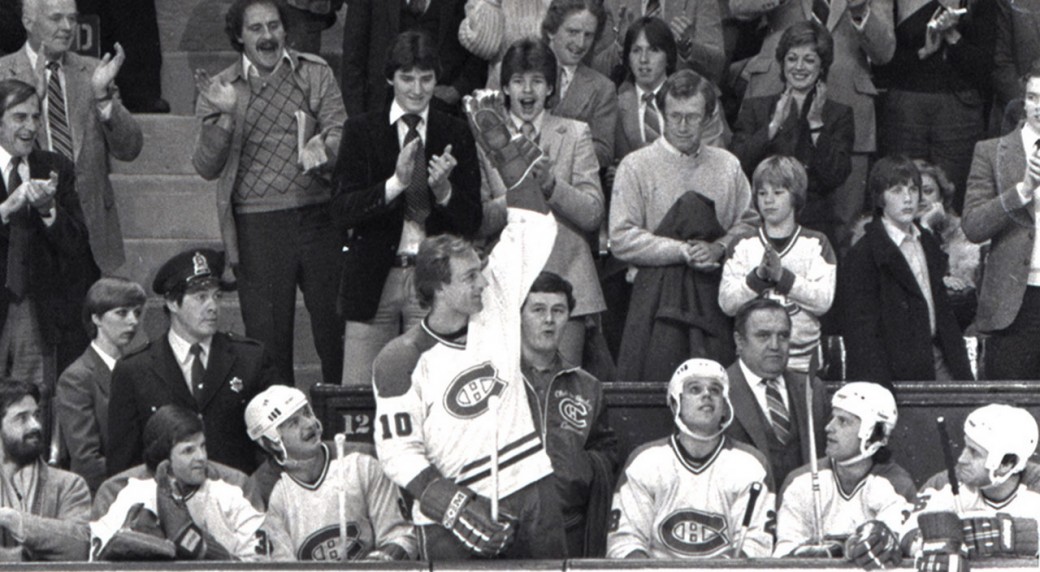 Before Mario Lemieux’s legendary career with the Pittsburgh Penguins, he was just another hockey-loving Canadian kid with dreams of joining his idols on the ice. Granted, with his incredible talent, Lemieux's dreams were more realistic than most.

Back in 1981 — three years before the Penguins drafted Lemieux — his idol was Guy LaFleur, the high-scoring, future hall-of-famer for the Montreal Canadiens. Now, thanks to a pristine, black-and-white photo dug up by the original photographer, Doug Ball, and published by the Montreal Gazette, we have a memorable look at the two superstars.

In the picture from March 4, 1981, LaFleur is celebrating his 1,000th NHL point after a goal against the Winnipeg Jets. In the stands, to the left of LaFleur’s raised hand, is a dapper-looking, 15-year-old Lemieux. Look closer, and you can see another former Penguin, Pierre Larouche, to the right of Lafleur on the bench.

According to Penguins communications VP Tom McMillan, Lemieux recalls a few details of that special night.

“Mario knew Guy had a chance at 1,000 points that night, but it was just happenstance that he got the tickets. He didn’t request them,” McMillan told the Montreal Gazette. “And he didn’t meet Guy after the game. Nothing like that was arranged. He was just at the game as a fan.”

Lemieux would eventually surpass LaFleur by over 300 points on the all-time list. For McMillan, the moment between a boy and his favorite player is characteristic of what makes the sport so special.

“It was pure and real, a teenager cheering his idol, discovered all these years later," McMillan said. "It’s really amazing.”