Do You Know the History of Allegheny County's Nine Parks?

At first, not everyone thought these parks were a good idea. 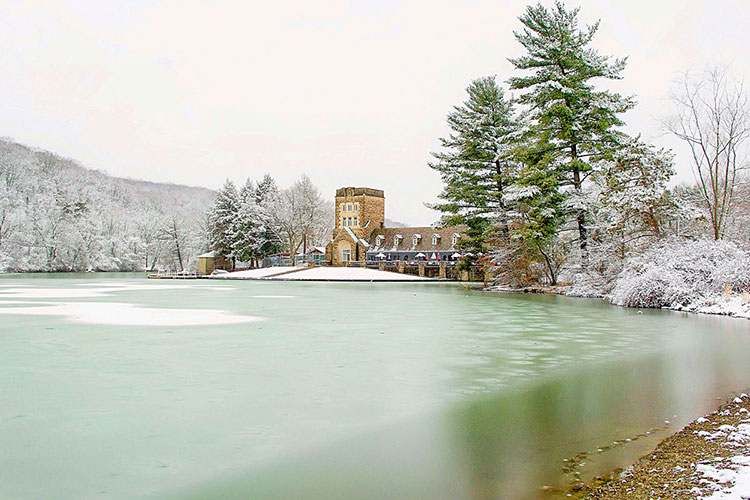 Imagine Allegheny County without its parks: No scenic hikes, no pools to while away the hot summer days, no slopes to shred in the winter months, no lakes to fish or kayak. Seem impossible? It almost became a reality.

In the 1920s, Pittsburgh was surrounded by farmland and the purchase and landscaping of land for county parks was an expensive proposition. In 1927, Allegheny County commissioner Edward V. Babcock, who proposed what would become North and South Park, decided to buy the land himself and turn it over to the county at cost. According to a history of the parks written in 1986, political infighting over financing the parks nearly killed the plan.

Supporters of the parks persevered and now the county is honoring those visionaries with new signs which recount the history of county park system.

The People’s Country Clubs
North and South parks were known as “the people’s country clubs” because they afforded the less affluent the same recreations the wealthy enjoyed at their private country clubs.

North Park is the largest of the nine-park network with more than 3,000 acres of land. The park’s swimming pool was, at one time, among the largest in the world, holding 2.5 million gallons compared to the 20-30,000 gallons of modern city pools.

Brutal Pennsylvania winters forced the South Park tribe out while the North Park tribe was asked to leave after they failed to protect the buffalo and instead used the herd for food and clothing. 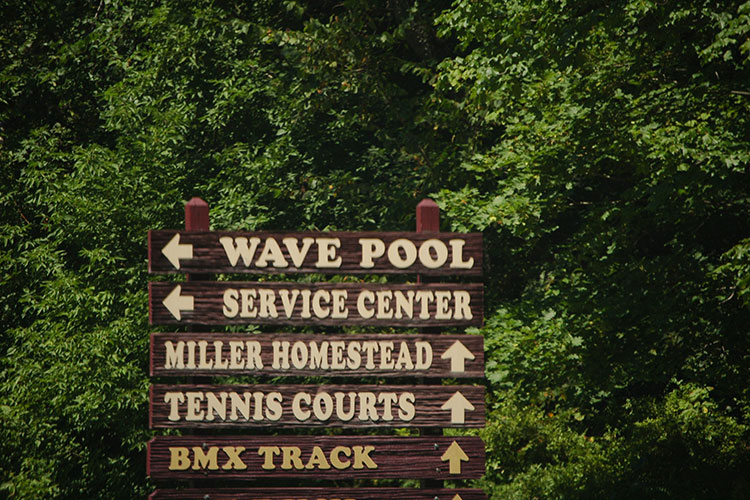 The first park to be dedicated was William D. Boyce Park in 1968, in honor of the founder of the Boy Scouts who was born in the area. Stretching 1,096 acres in Monroeville and Plum, Boyce Park features the only downhill skiing and snow tubing available in Allegheny County.

Round Hill, a 1,101-acre park in Elizabeth Township, features an exhibition farm with animals open every day of the year. Its eight picnic groves reflect farm life with names such as Alfalfa, Water Lily, Blue Grass and Harvest.

Once a maze of abandoned open and back-filled mines, Settler’s Cabin Park is now 1,610 acres of rolling wooded slopes and meadows. Two popular features include the 1780 log cabin and the wave pool, the most heavily used of the county’s three wave pools.

Despite the word deer in its name, Deer Lakes Park is a paradise for fishermen. The three lakes are spring fed, and construction of dams and settling basins make Deer Lakes Park a perfect place to reel in bluegills, crappie, perch, sunfish and trout.

Though the smallest of the regional parks, with only 500 acres, Harrison Hills Park offers the best view. Visitors using the overlook can see three other counties: Westmoreland, Butler and Armstrong.

White Oak Park in McKeesport is perfect for plant enthusiasts and hikers. The 810-acre park is home to plants not found anywhere else in the state such as trillium, wildflowers and certain types of groundclover. Its western border is a rugged, steep hillside for only the most adventurous of hikers.

Hartwoods Acres Park was never intended as one of the original regional parks, but when Mary Flinn Lawrence offered the property to the county in 1969, they couldn’t refuse. The 629-acre park offers tours of Hartwood Acres Mansion, teas and other cultural services.