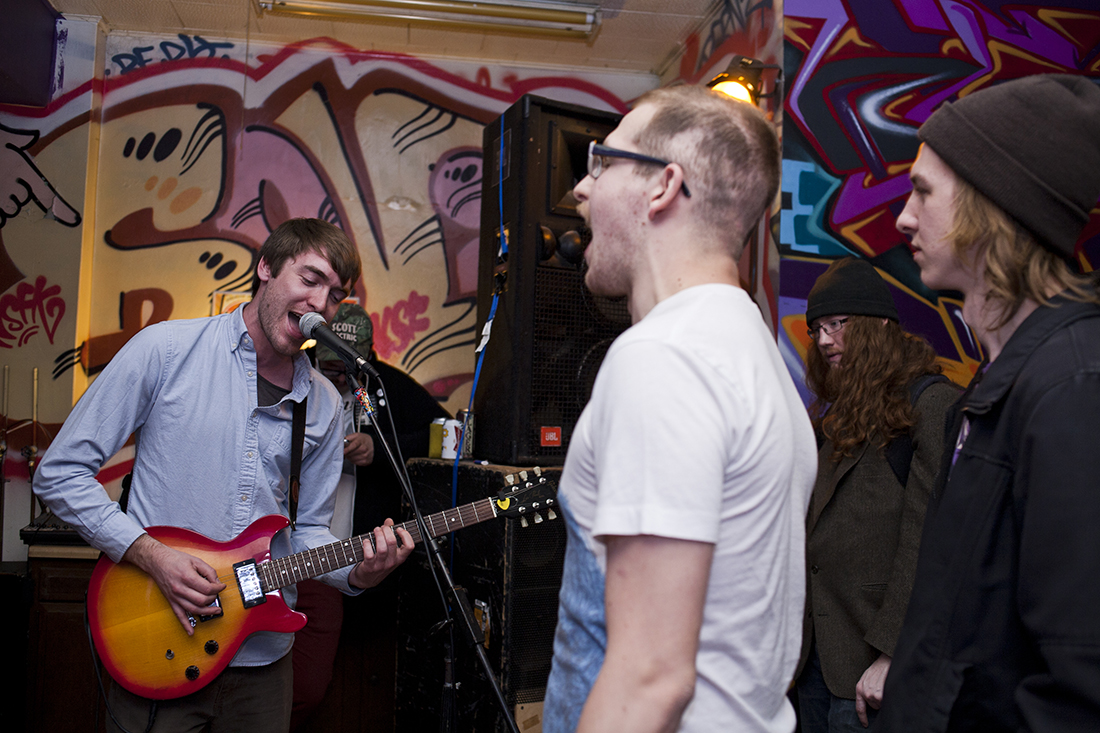 On a warm Wednesday night, Jay Cadwallader — guitarist for the Pittsburgh-based band Breezewood — perches at the open front door of 222 Ormsby, a small building on a quiet street in Mt. Oliver Borough.

A young woman approaches and hands him $10 — five for her, five for her friend. Cadwallader looks confused for a moment. “You’re all my friends,” he eventually explains, upon remembering that this is an enterprise (of sorts). “I forget to take your money.” He slips the $10 into a till on the bench next to him before drawing a cat on the woman’s hand with a purple Sharpie.

Such is the easy way of 222 Ormsby, one of a handful of DIY venues making waves on the fringes of Pittsburgh’s live-music scene. These are concerts for the young and industrious, usually born out of shared residence; friends live in a house and then start hosting shows. A previously unassuming neighborhood address becomes part of a national circuit for touring punk and indie rock bands. While local groups can count on the DIY venues for regular places to build an audience, the touring bands can count on the venues as places to play — and, usually, sleep for the night. 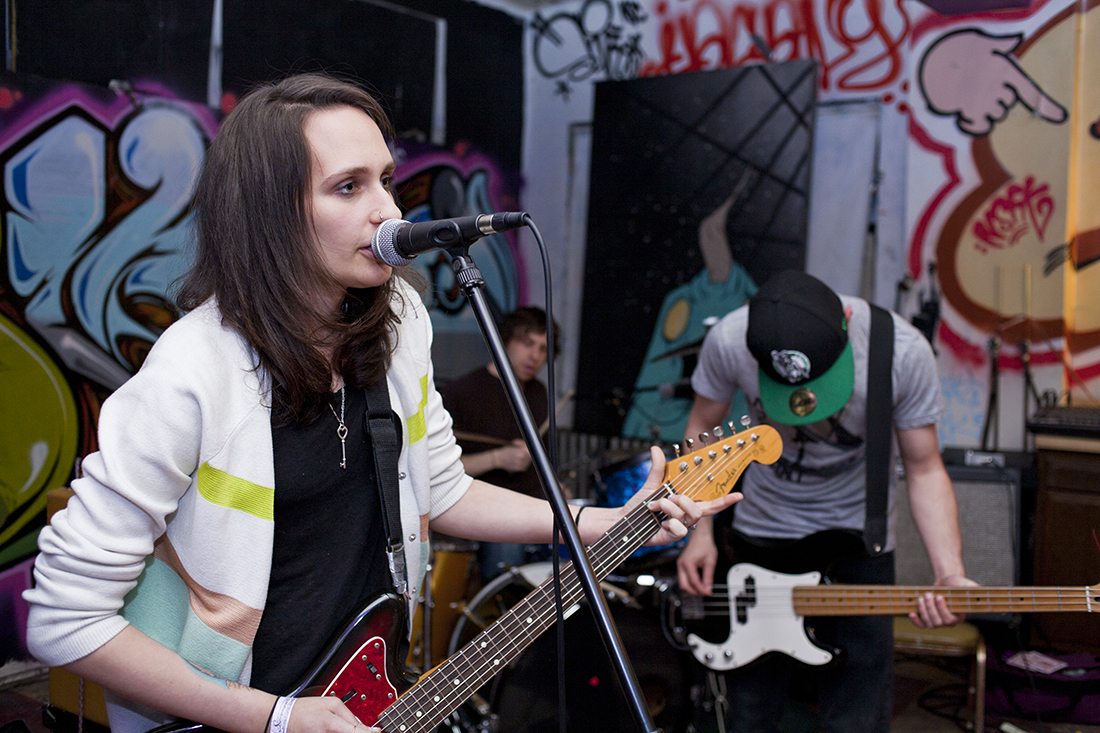 Ormsby, a former home and market, was purchased and repurposed by Karim Akacem, and started as a place to hang out with his friends. As with many of Pittsburgh’s gems, it grew to be much more, even with odds stacked against it. Some DIY venues run into noise and occupation-ordinance problems, as well as occasional underage-drinking issues — but not Ormsby. In true Pittsburgh fashion, Akacem even uses chairs to guarantee his neighbors’ parking spots, a thoughtful token of neighborliness.

There are no contracts, no bottom lines; enterprises are run on good fun and good faith. Everyone pitches in. Cadwallader doesn’t “work” for Ormsby, but he did play there the night before, so it seems only natural that he would take a turn at the door. For some venues, such as embattled Oakland micro-venue Vatican’t, the concerts are a weekend-only affair. At Ormsby, the shows take place on an almost-nightly basis. The going admission price is a $5 donation.

On this night, 20-somethings are milling about. Some set up a merchandise table in a corner, while others fuss with the PA system and eventually produce an iPod playlist of classic Mariah Carey songs, which is definitely meant to be ironic. There are plenty of skinny jeans, tallboys of Pabst Blue Ribbon (the venue is BYOB with proper ID) and wax-pointed mustaches everywhere. 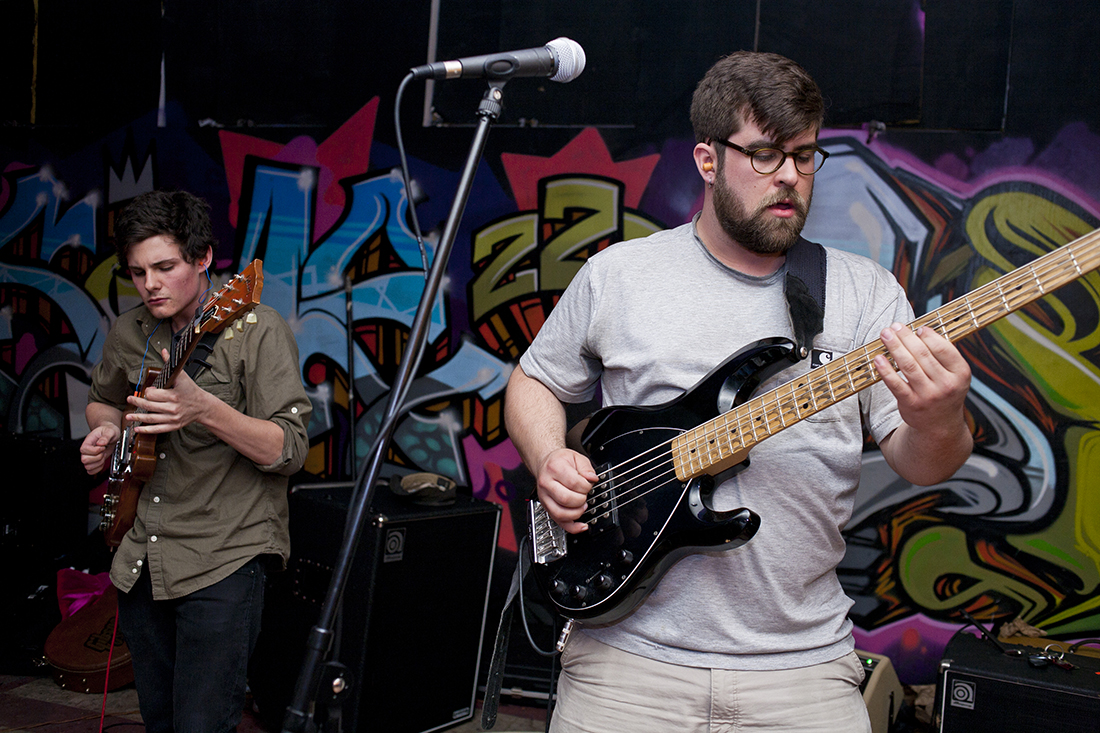 When a band member starts to warm up on the drums, someone calls over to Cadwallader to make sure the front door is closed — another consideration for the neighbors.

“There’s always been a great music scene in Pittsburgh,” Akacem says. “[But] there were fewer and fewer places for all-ages shows in town. There’s a strong DIY ethic in the music scene in general, so rather than doing nothing, we decided to build it ourselves.”

This article appears in the June 2013 issue of Pittsburgh Magazine.
Categories: Arts & Entertainment