Curated by artist Jennifer Chenoweth, the tour highlights the historic sights and sounds of Wilkinsburg, including churches, mosques and other historic buildings. 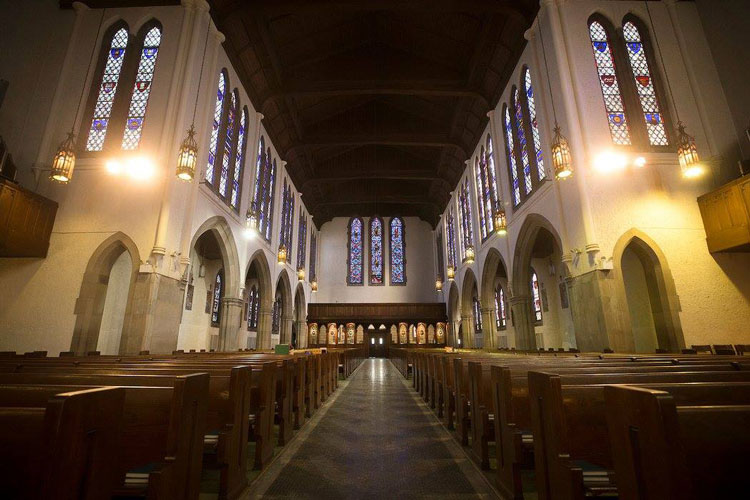 An entrepreneur and principal of Fisterra Studio in Austin, Texas, Chenoweth creates contemporary abstract paintings and sculptures. After responding to a public art call by the Greater Pittsburgh Arts Council and community developer Neighborhood Allies, she found something special in Wilkinsburg.

“The historic architecture and the density of the place was really beautiful and compelling to me, and seemed to be kind of a dime a dozen for people in Pittsburgh,” Chenoweth says. “When I got there, I met all kinds of amazing and beautiful people doing really interesting things.

Chenoweth has since collaborated with Pittsburgh’s Office of Public Art and Neighborhood Allies on the Sacred Spaces Tour — a self-guided course through Wilkinsburg taking place this weekend that highlights the neighborhood’s unique architecture in churches, mosques and other historic buildings.

The free tour takes place from 11 a.m. to 6 p.m., Saturday, Oct. 13. Each location will have bottled water and snacks, as well as information on the architectural details and histories of the buildings. Performing arts programs are scheduled at certain locations along the route and there also will be visual arts exhibitions throughout the day.

While each site offers something different — from live poetry at the Wilkinsburg Train Station to organists at Second United Presbyterian Church — the unifying attraction throughout the tour is the opportunity to appreciate the historic local architecture the public typically wouldn’t get to see, Chenoweth says.

“You can always visit a church service or a mosque service, but you might not feel the opportunity to ask questions and just be curious. And so what it allows is for all the doors to be open at once, in a way that’s safe and inviting and allows for curiosity,” she says.

The tour is part of Chenoweth’s temporary public art project Come Over, Come Eat, Come Play, a joint effort with the Wilkinsburg Arts Commission and the Wilkinsburg Community Development Corporation. 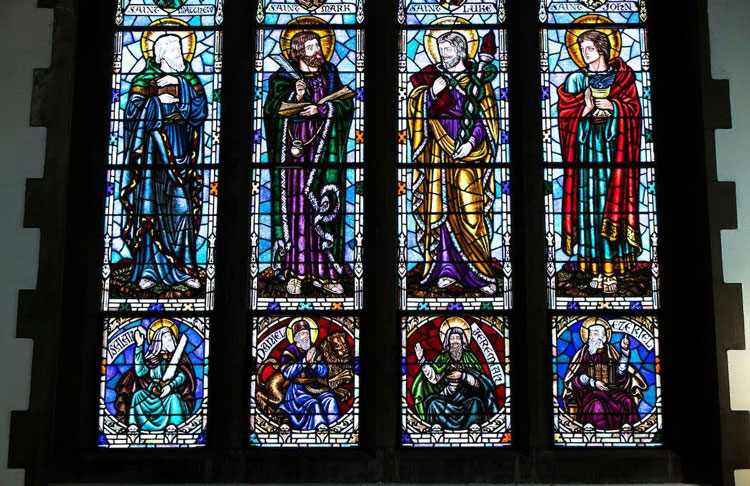 A project resulting from the Temporary Public Art and Placemaking Program by the Office of Public Art and Neighborhood Allies — which aims to create six temporary public art projects in neighborhoods around the city — Come Over, Come Eat, Come Play included pop-up events such as food gatherings, domino games, dance parties, workshops and park programs around Wilkinsburg throughout 2017 and 2018.

The events themselves were designed to build relationships within the community and to engage residents in a dialogue about Wilkinsburg, including its diversity and its historical architecture, as well as the narrative of a community rebuilding trust, according to a press release from the Greater Pittsburgh Art Council.

Chenoweth says her goal with Sacred Spaces was to reshape how residents imagine their neighborhoods. To help accomplish this, she connected local artists, musicians and thespians to churches without music programs.

“There were a couple of artists I got to know through my community outreach whose work I just thought was outstanding, that they weren’t already associated with a church,” Chenoweth says. “Matching them with a church that’s like a block away from them that didn’t have arts programming just seems like a way to kind of close the loop on neighbors meeting each other and forming relationships.”

Through her community engagement and outreach in the program, Chenoweth gained a personal appreciation for the neighborhood. While its different from her hometown in Austin, the residents have made her fall in love with Wilkinsburg.

“It’s just an incredibly rich and dense place,” Chenoweth says. “I think it’s a really beautiful place with a lot of potential.”