Director and “Mr. McFeely” Discuss “Won't You Be My Neighbor?”

The director of the forthcoming Mr. Rogers documentary sits down with the longtime Mr. McFeely and Pittsburgh Magazine. 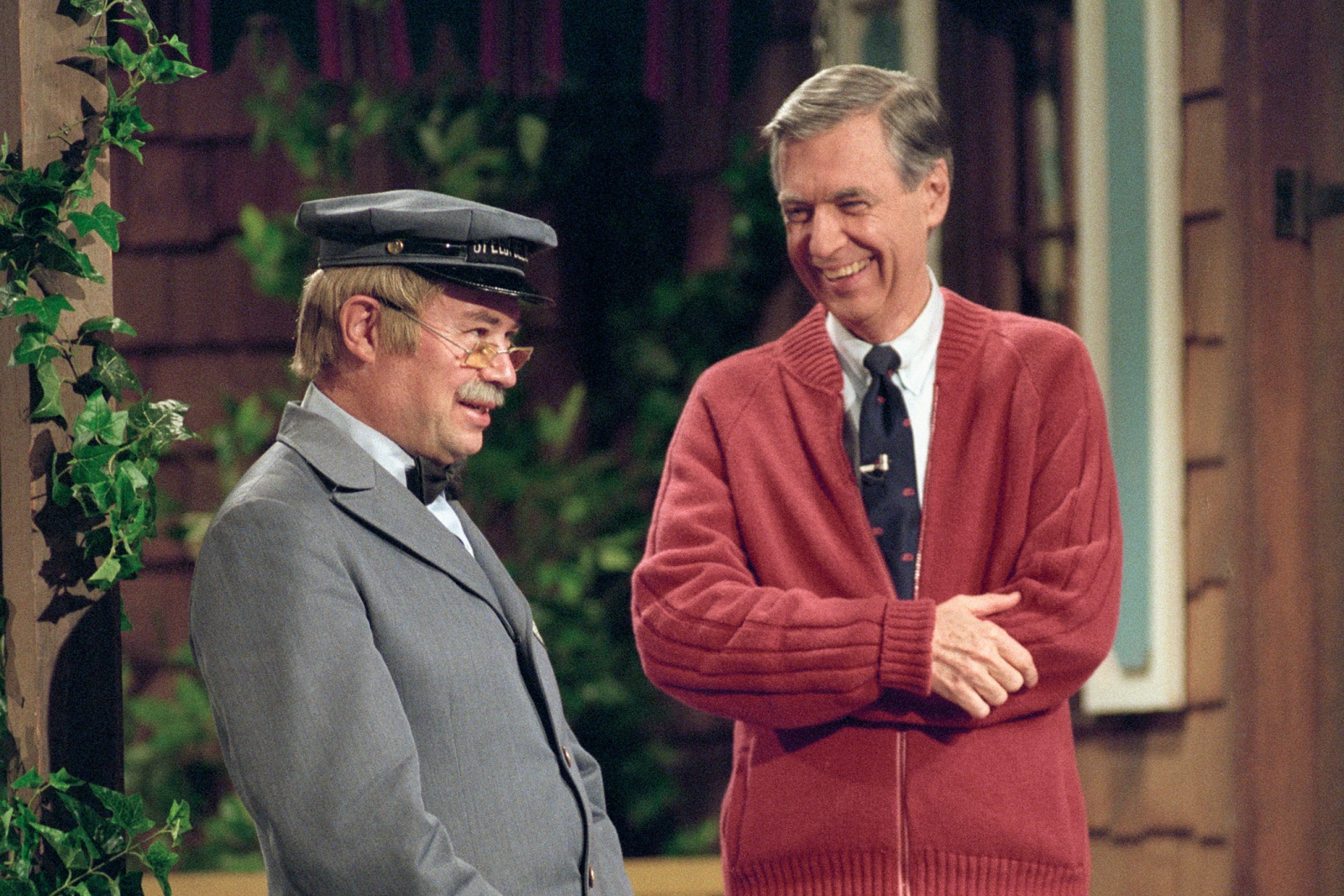 The documentary “Won’t You Be My Neighbor?,” about the life, work and ideas of Fred Rogers, will debut in Pittsburgh on June 8. Directed by Oscar-winning filmmaker Morgan Neville (“20 Feet From Stardom,” “The Music of Strangers”), it’s a careful and thoughtful reflection not just on Rogers’ work and career but especially on his innermost beliefs and motivations.

You can be among the first to see the movie at 7 p.m. Tuesday at a free screening at the Hollywood Theater in Dormont (1449 Potomac Ave.) Admission is first-come, first served and patrons must wear their favorite sweaters. No worries, the theater is air-conditioned.

In anticipation of the film’s Pittsburgh release, Neville and David Newell — Rogers’ longtime friend and co-star, better known as Mr. McFeely — sat down with Pittsburgh Magazine to discuss the film and its place in Rogers’ legacy.

Pittsburgh Magazine: What has struck you most about the early reactions to “Won’t You Be My Neighbor?”

David Newell: It’s been getting a wonderful reception; the remark I get all the time is that people have tears in their eyes.

Morgan Neville: The first screening we had was at the Sundance Film Festival. And you never know how an audience is going to react until you’re there, in the room — and that first screening was one of the all-time great moments of my career. You could hear mass sobs in the crowd.

DN: I think that speaks to Fred and how he used television. That was Fred. It wasn’t somebody with a costume or being a television host; it was Fred.

PM: Morgan, it’s something of a subject change for you; you’ve done a lot of documentaries about very loud people.

MN: To me it actually seems about the same … The theme that I come back to again and again in movies is common ground. Where can we find places in our culture — because I like to tell stories of culture — where people can agree? And what can we build from that agreement? In fact, so much of what Fred was talking about were basic ideas of what kind of neighborhood we want to have and what kind of neighbors we want to be — first principles about how to be a human and how to behave. Those are the things that I’m interested in exploring, because I feel like we forget those things all the time. It’s so nice to be able to look at somebody who is so clear and direct about the actual value of civility and kindness.

DN: It reminds me of a Quaker saying that I think sums up all of Fred: “Attitudes are caught, not taught.” … In a way, that’s what Fred did; I think the viewer catches everything he presented; it was caught, I think, by showing the modeling of those values.

PM: You still see the ideas crop up, in the form of quotes or people sharing speeches he made. I think a lot of people look to those ideas now, in an age where civility is at a premium. Was there a sense of duty or obligation, in making this film, that it bring some of Fred back to the conversation in 2018?

MN: The reason I started thinking about making this film was because I went on YouTube late one night and watched a bunch of speeches he gave. I felt that this was a voice I don’t hear anymore in our culture; I miss this kind of voice … I don’t hear that kind of grown up, caring, empathetic kind of voice that’s looking out for the best of all of us. I don’t hear it much in our politics or our media. So I was like, “I want to spend more time with that voice.” That was really the thing that started me down the road to make the film.

DN: Really, YouTube speeches? Just by chance, or you looked for them?

MN: I looked for them. I made a film with Yo-Yo Ma, and he had talked to me a lot about Fred. And me starting to realize how much more there was under the surface of Fred. Because as a child, you have no sense of the dimensions.

DN: Some adults don’t, either.

MN: So really, it came out of an emotional response to want to make the film. This is something I think other people should be hearing too; the basic lessons he’s talking about, let’s all have a conversation around this … I wanted to ask a bunch of questions and let Fred put his worldview on a platform.

PM: Was he aware of the weight of some of those ideas? Do you think that he had a sense that these would be concepts that would be held onto and held up even after he was gone?

DN: I don’t think he ever thought about himself — “Oh, here are all these wonderful quotes that they’ll be talking about after I’m dead and gone.” He was thinking about the child … I just want to give one example: We did a take with X the Owl, and X the Owl was crying as part of the script. And the actor said, “Oh X, don’t cry, don’t cry, everything will be fine.” Fred said, “Let’s stop. We don’t want to do that. We don’t want to deny an emotion. Let’s go back, and don’t say, ‘Don’t cry.’”

PM: What do you think Fred would’ve thought of the film?

MN: All I can say is what Joanne told me. When we finished the film, I flew back here and sat with … Joanne in her apartment and screened it for her; I don’t think I’ve ever been so nervous screening a film. The first thing she said was, “Fred would’ve loved it.” That’s the best review you’re going to get.

DN: I think he would’ve loved it, and I think he would’ve been very proud of it, too. If Fred was proud of something, you’ve succeeded; I’ve seen him read interviews and watch another documentary years ago, and he had some reservations. So, good! I’m glad Joanne said that.

MN: It’s very easy to think about doing something that’s just nostalgic. I’m not a big fan of nostalgia, because it doesn’t ask much from the viewer.

PM: We certainly have enough cultural nostalgia going around.

MN: It’s the fast food of emotions. But I feel like the fact that what I tried to do was just put Fred’s views on a platform and try to do something useful with it — I hope Fred would’ve appreciated that about it.