Eighteen life-like, animatronic dinosaurs will spend the summer in the Steel City. 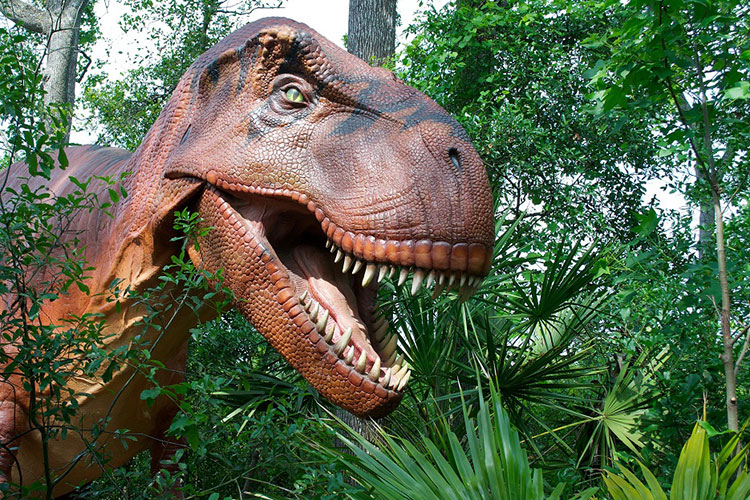 Dinosaurs haven't roamed the Earth for millions of years, but this summer, you can find them at the Pittsburgh Zoo. Starting today, kids and adults alike can visit the “Dinosaurs” exhibit to experience a (much less-dangerous) version of Jurassic Park.

The temporary exhibit opens in conjunction with the new Jungle Odyssey, which takes adventurers into a jungle environment to see some of the world’s most endangered creatures, including capybaras, fossas, pygmy hippos and giant anteaters.

Tracy Gray, the Pittsburgh Zoo & PPG Aquarium’s public and media relations manager, says the combination of the two exhibits “worked out perfectly.” The dinosaur exhibit gives the zoo an opportunity to offer visitors the opportunity to walk among the extinct animals, and Jungle Odyssey allows them to see creatures that are facing extinction up close. 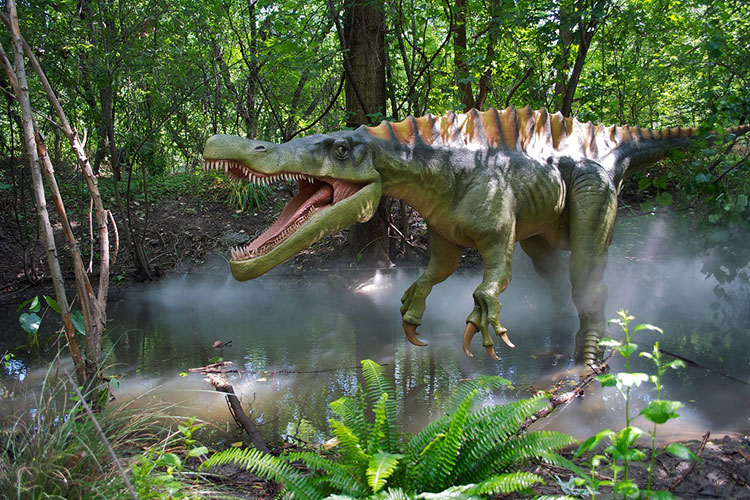 The dinosaur exhibit is located in the former site of the train past Safari Village near the zoo’s entrance and features creatures from each of the prehistoric eras: Triassic, Jurassic and Cretaceous. Thirteen dinosaur species, including the Tyrannosaurus rex, iguanodon, stegosaurus, pachyrhinosaurus, citipati and brachiosaurus, are featured. But one creature, the dimetrodon, isn’t a dinosaur at all; the animal roamed during the Paleozoic era, which took place millions of years before dinosaurs.

Billings Productions, the Texas-based company that created and assembled the animated creatures, researched and built the dinos to be as close to their real-life selves as possible.

Gray says the animatronic dinosaurs “mimic their looks, their movements and some of the things they might have done in the wild.” 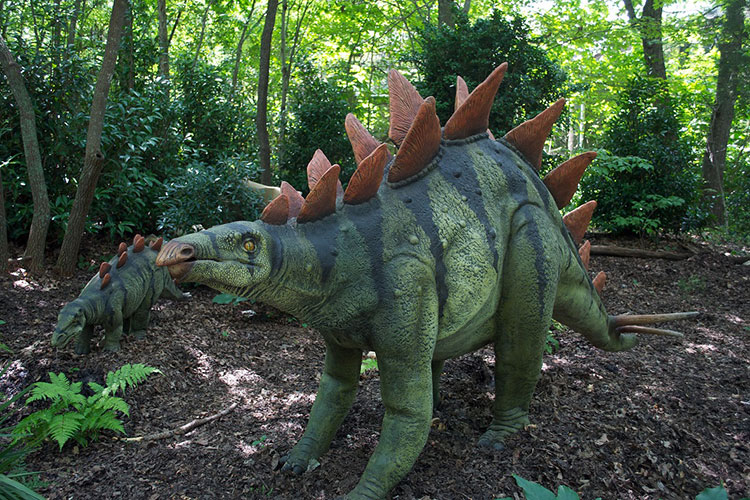 The zoo’s T. rex stomps and smacks its tail off of the ground while the dilophosaurus spits water on people who get too close to her baby (her real-life counterpart would have done so with toxic venom to protect her children in the wild). Herbivores can be witnessed chowing down on the foliage that surrounds the creatures.

Robby Gilbert, Billings Productions director of exhibit displays, says the life-like nature of the animatronics “brings the prehistoric back to life.”

“We wanted to provide [visitors] with something … that would be a lot of fun and increase their experience here at the zoo,” Gray says.

Visitors can also examine and touch fossils and other artifacts as the life-like giants move above them.

“That helps the zoo spread a mission/goal, which is conservation through education,” Gilbert says.

The dinosaur exhibit runs through Sept. 4. One-day admission is $5 for children and $6 for adults, which does not include general admission to the zoo.