Did George Romero Ever Think Pittsburgh was Scary?

Paying tribute to the late filmmaker, whose work in Pittsburgh changed cinema. 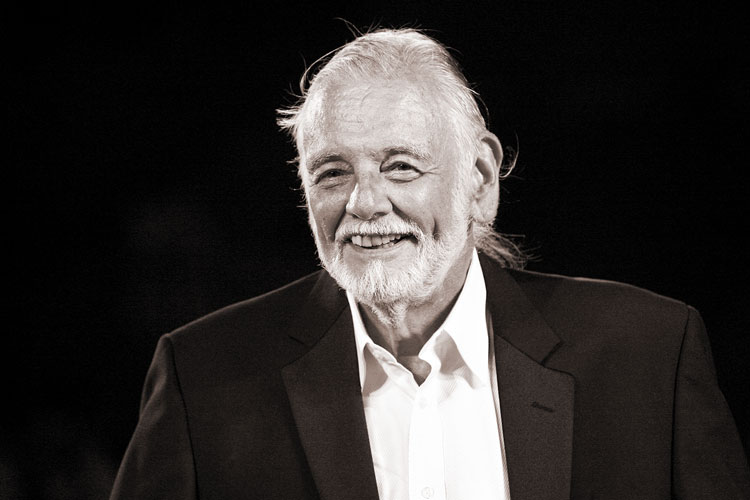 Although he made some gruesome and horrifying movies, there was nothing very frightening about George Romero himself. When I first met him in 1990, on the Edgewood set of “The Dark Half,” I found him to be a warm and friendly man with an easy smile; he didn’t seem wicked or warped in any way. (Although one of the zombies from his first feature, “Night of the Living Dead,” might’ve regarded him as a pretty big meal, at 6’5’’ and pretty meaty at the time.)

Although it was still a secret, he and I both knew that he had been selected as Pittsburgh Magazine’s Pittsburgher Of The Year for 1991; I was there to gather some footage of him and his crew at work for WQED. He appeared on the front porch of the Maple Avenue house they were using just to say hello to our small crew.

We weren’t supposed to bother him with an interview that day, but I threw out a question: “Is Pittsburgh scary?”

He laughed and turned and repeated the question, then said, “Not particularly, no. Just some of the things we do in it, I hope, are scary.”

Although he was born in the Bronx in 1940, Romero made Pittsburgh his home when he moved here at 17 to study painting and design at Carnegie Institute of Technology (now Carnegie Mellon University). Romero had played around with amateur moviemaking in high school; in college, he did some acting with a little campus theater group, and the head of the Theater Department, Ted Hoffman, saw his performance and encouraged him to change his major. Romero remembered that years later, when I interviewed him in his North Oakland apartment: “It was the first encouragement that I ever got from anybody, or the first time that anyone ever said to me, ‘You know, this is something you can do with your life.’ So I just jumped on it right away. I transferred out of the Painting and Design Department, and as a result, I never graduated.”

When he left Carnegie Tech — without a diploma — he partnered with friends to launch a commercial film company called The Latent Image. In the late 1960s, Romero did some documentary work at WQED for a new national children’s show titled “Mister Rogers’ Neighborhood.” Romero mostly worked on shorts for the “Picture Picture” segment; a typical short demonstrated how light bulbs are made.

Shortly after that came “Night of the Living Dead.”

He became a Canadian citizen in 2009 and lived in Toronto until his death on July 16. He didn’t begin or end his life here, but Pittsburghers knew and loved him as a friend and ally long before it became fashionable to like Pittsburgh. And his affection for this city was genuine. In 1991, he told me, “I really love it. I think Pittsburgh is exactly what moviemakers are looking for. It has some character. It has a bit of the old and a bit of the new.” That’s still true. He captured parts of the city on film and made several local locations famous. He will be remembered forever for creating a new, creative reputation for the city, making us all look not just hard-working, but worthy, cool, creepy, relentless — and, occasionally, even scary.

This article appears in the September 2017 issue of Pittsburgh Magazine.
Categories: From the Magazine, Rick Sebak