Did Anthony Bourdain's Pittsburgh Visit Live Up to the Hype?

“For some it was a sobering look at our faults, challenges & change - for others it was unfair, overdone & missed the point.” –– Mayor Bill Peduto. 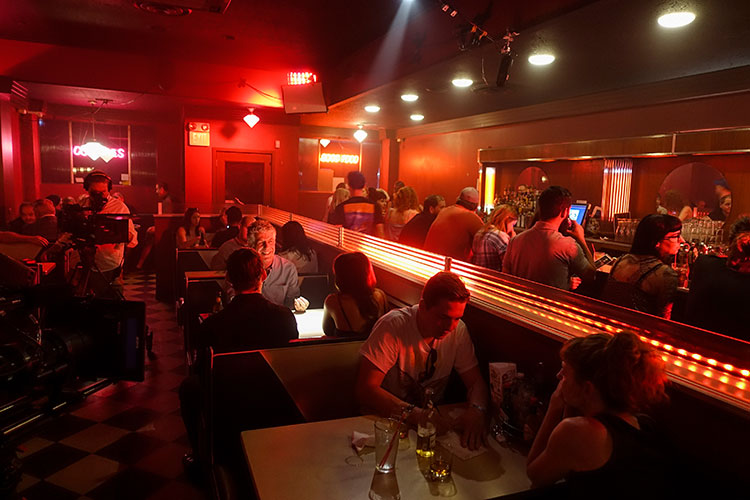 The highly anticipated Pittsburgh episode of Anthony Bourdain’s “Parts Unknown” is getting mixed reviews.  At a watch party hosted by Best Buddies Pittsburgh at the AMC Loews Waterfront Sunday night, audience members filed out of the theater expressing a mix of pride, contemplation, and in some cases, disappointment.

Ron Senerious and Mike Madden, who live Downtown and have witnessed the transformation of the city over the last 15 years, had split takes on the show.

“What about the traditions and people who made Pittsburgh what it is? We have to keep that in mind,” Senerious says when asked about the episode’s heavy tone.

Madden, on the other hand, was seemingly underwhelmed.

“There’s a lot of longing for the past,” he says. “And not much, ‘this is a picture of what the future may be.’ And I was expecting more about…food.”

Others wondered the same thing. Over the course of the hour-long episode, which featured vignettes as varied as a demolition derby in New Alexandria, car rides with former Pittsburgh councilman Sala Udin and local filmmaker Tony Buba, and a bocci match in Bloomfield (that included a dramatic weather-related sausage and pepper incident), Bourdain seemed to be always eating. And yet, the focus wasn’t on the food, but instead on how the food scene reflected the Pittsburgh seachange, brought on by its tech renaissance, and the complicated social issues that come with that sort of growth. 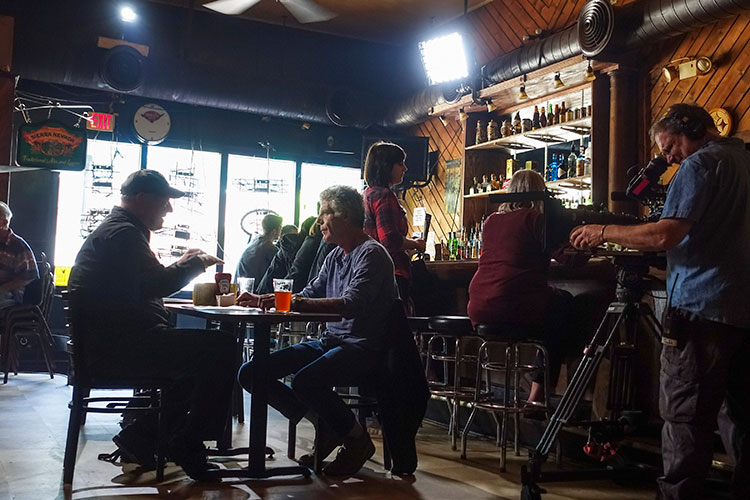 In addition to the screening, Sunday’s event also included a Q&A with local journalists and business owners. President and publisher of LOCALpittsburgh Jeff Rose, who sat on the panel, felt that the episode lacked food coverage, but presented a fair commentary on the social and economic challenges that accompany Pittsburgh’s changes.

“We all wanted to see a show about how great everything is, because it’s our home. The reality of it is, a show best sells viewership when everyone else watches it and sees a town struggling with a lot of the same issues they probably are dealing with.”

For others, the “trendy” restaurants that were mentioned missed the mark.  Kathleen Keating, one of the crop of young professionals who came to Pittsburgh for school and stayed for work, would have liked to have seen more in-depth coverage of the culinary scene.

“He has a sample of yuppie places like Dinette and Cure, and old-school places like Jozsa Corner, but doesn’t really dig into what I think makes our food scene great…namely cheap rents and a lot of vacant spaces that can foster innovation and accessibility without ego,” she says. “Places like Apteka and Onion Maiden and Nancy’s East End Diner can pop up and try to cater to everyone. Kevin Sousa was an unnecessary addition.” 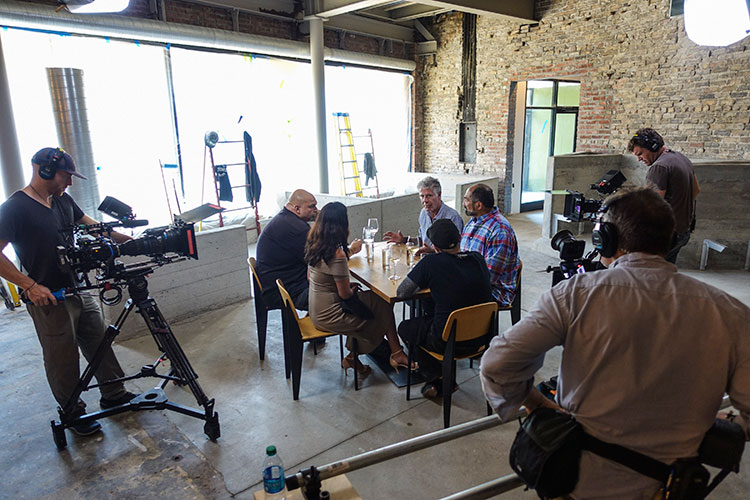 Heather McNeil, who has been involved in the local food scene for years, and now works for Lawrenceville’s 52nd Street Market, lamented the lack of context for Pittsburgh’s “buzzworthy” food scene, but valued the conversation the episode –– which she referred to as “one of the more negative episodes of the all the Bourdain travel shows” –– seemed to be trying to have.

“I was pleased he didn't shy away from our history and continuing of traumatic development. This is of particular relevance for me, as I live and work in rapidly gentrifying Upper Lawrenceville. I have been working at the market for a year and a half. It was created to serve our neighbors, but every day I meet a new construction crew, I wonder who will be displaced next.”

By Monday morning, the debate on social media was not only about the show, but also about those who didn’t like it.

Very interesting. For some it was a sobering look at our faults, challenges & change – for others it was unfair, overdone & missed the point https://t.co/UgCSbnISbS

If your reaction to Bourdain is "That's not the Pittsburgh I know!" then you probably have privilege. It's the Pittsburgh some know. The show is LITERALLY called Parts Unknown. Look at the things/attitudes you aren't proud of; accept they're real. Don't like 'em? Help fix 'em.

Pittsburgh was portrayed as it really is. It's painful but real. We have gentrification, racism, blue collar and tech. #PartsUnknown 1/

People who think #PartsUnknown disparaged Pittsburgh by not just talking about how great it is are the problem with this city.

Really let down by the Pittsburgh #PartsUnknown. Its like they made an episode for the sake of promoting people not to come here.

So Pittsburgh is still sausages and dumpy bars? This Bourdain show is not the city I live in. Lazy storytelling. #partsunknown

Dear World, please don’t judge Pittsburgh based on what you saw on #PartsUnknown. It’s really thriving and really lovely.