CEREMONY
Tying the knot twice in one day, the couple was legally wed in a civil ceremony the morning of the big event; the private exchange of vows was officiated by the Hon. Kathleen Mulligan at the Allegheny County Court of Common Pleas (414 Grant St., downtown; 412/350-5400, alleghenycourts.us). Hours later, they said “I do” again with personalized vows in front of 160 guests under the outdoor rotunda of The Pennsylvanian (1100 Liberty Ave., downtown; 412/391-6730, thepennsylvanian.com).

The second ceremony incorporated both American culture and Persian traditions. Symbiotic Collusion’s string quartet (412/944-4059, symbioticcollusion.com) played some of the couple’s favorite ’80s and ’90s pop songs as they sat behind a sofreh made by the groom’s mother. Female friends and family ground sugar over the couple's heads to signify good luck and sweetness in life. The officiator was Kamran Parandian, one of the groom’s friends and former colleagues. 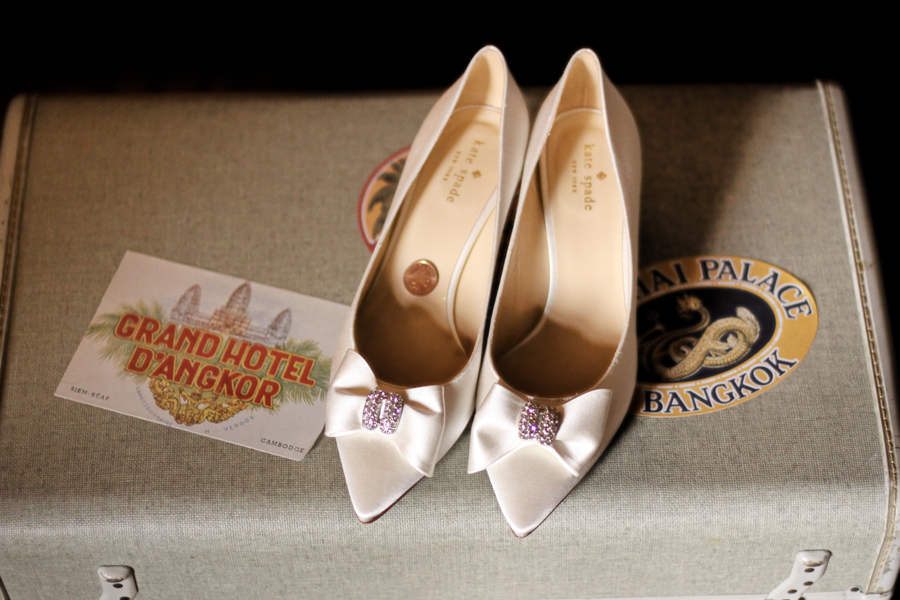 PHOTOGRAPHER
Cyndi and Tony Araujo of Araujo Photography (412/741-2711, araujophoto.com) made sure every moment was captured on film. 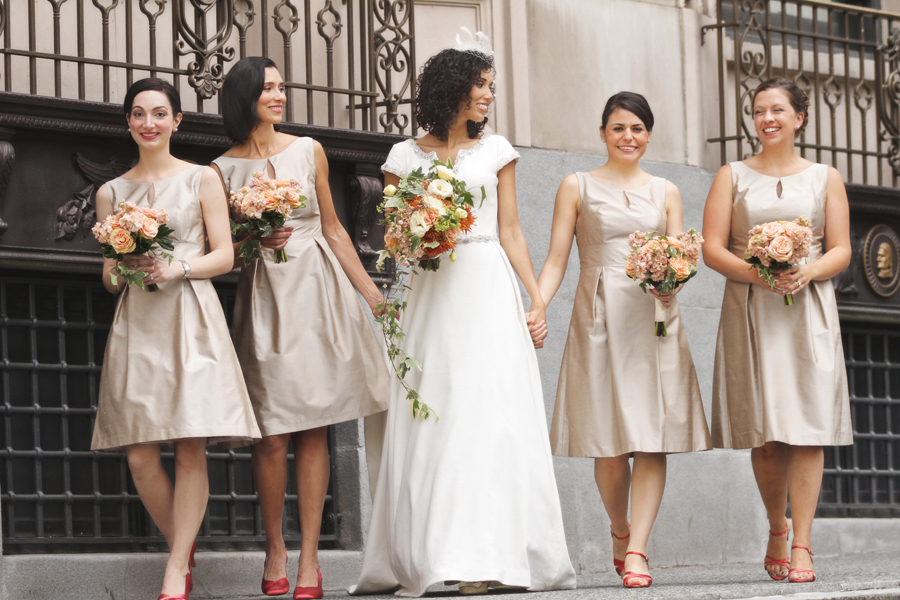 ON THE BRIDE
Diana loved the texture of her silk canvas gown, a 1950s-style creation from Justin Alexander’s Signature Line. After spotting the vintage-yet-modern design in a trunk show, she purchased it from MB Bride (123 S. Urania Ave., Greensburg; 724/836-6626, mbbride.com). In keeping with the retro vibe of her ensemble, Diana paired her dress with a feathered veil headpiece (MB Bride) and pointed-toe kitten heels by Kate Spade (katespade.com). 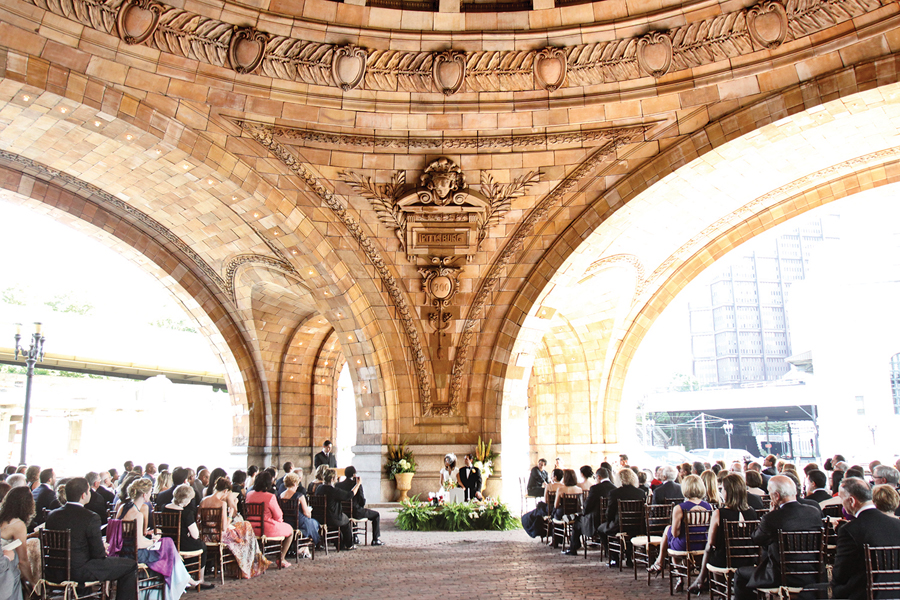 ON THE GROOM
Alex wore a classic Canali tuxedo that he purchased from Saks Fifth Avenue in New York City (saksfifthavenue.com).

RECEPTION
First brought together by their love of adventure and travel, Diana and Alex chose a vintage travel theme for their reception. This motif went along perfectly with the ornate architecture and rich history of the Pennsylvanian’s Grand Concourse, which once served as a train station. The couple made certain that all aspects of the event matched the theme, using invitations modeled after vintage punch train tickets (Letter Box Ink by Laura Nehls, letterboxink.com), telegram-inspired dinner menus and luggage tags with key bottle- openers as escort cards — both made by the bride. 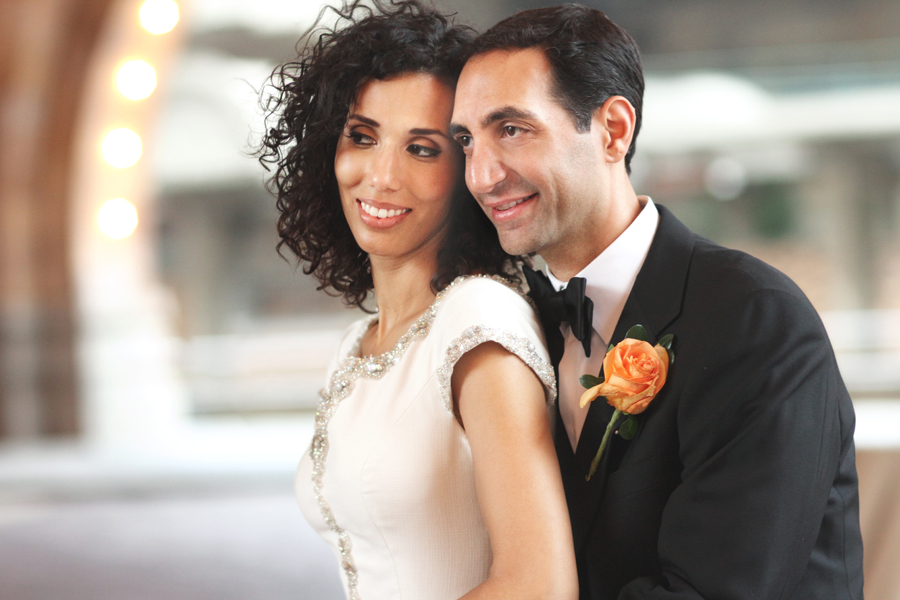 They also had an “ancestors table,” where Alex and Diana set up various pictures and heirlooms to honor past family members and their family histories. In a nod to Alex’s Persian heritage, Rania’s Catering (100 Central Way, Mt. Lebanon; 412/531-2222, rania.com) served a dinner of marinated beef-filet kabobs on beds of jeweled rice with dried cherries and pistachios. The meal also included jumbo lump crab cakes and roasted tomatoes with panko breadcrumbs. 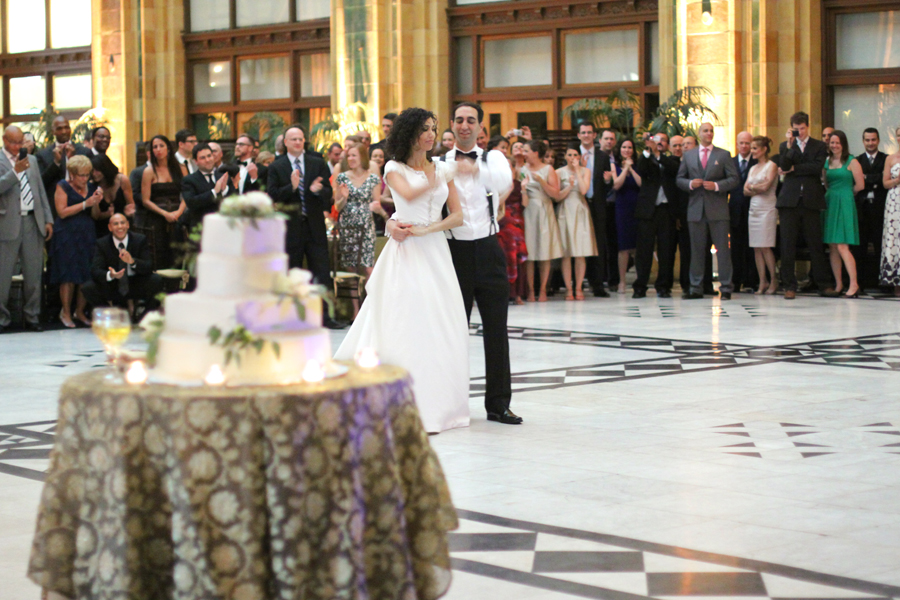 COORDINATOR
Not only did Rania Harris arrange the dinner and cakes, but she also helped coordinate many other details, like table linens from All Occasions (allparty.com).

CAKE
In addition to dinner, Rania’s also provided an almond-flavored wedding cake with fudge filling and almond buttercream icing. A red-velvet sheet cake with cream-cheese filling and icing was offered as an alternative. 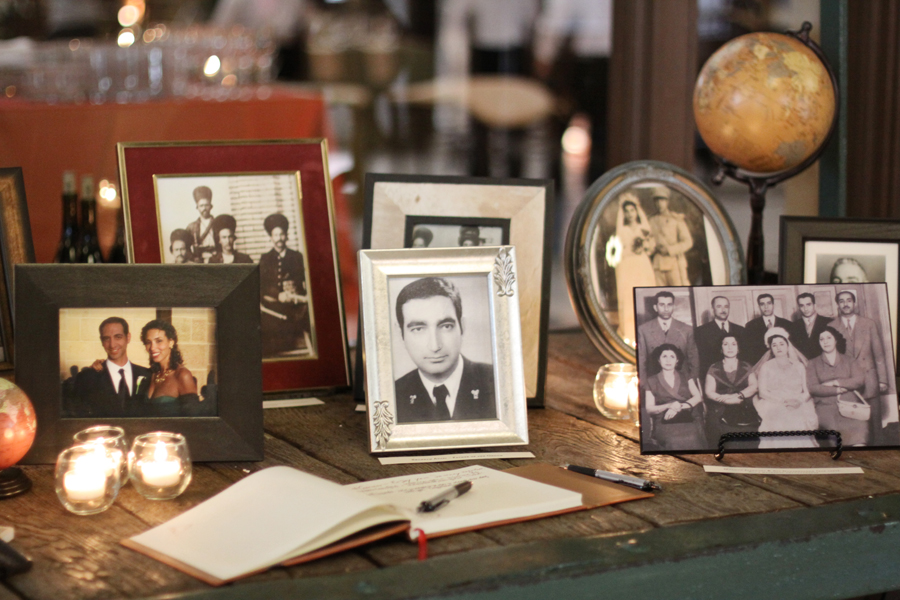 MUSIC
After performing a swing routine to Hall & Oats’ “You Make My Dreams” – for which Alex and Diana took dance lessons at the Midtown Fred Astaire Dance Studio in New York City (fredastaire.com) – the couple invited guests to dance the night away to Top 40, R&B and ’80s hits played by the MVP Band (Big Day Entertainment: 2549 Penn Ave., Strip District; 412/566-2900, bigdayentertainment.com). 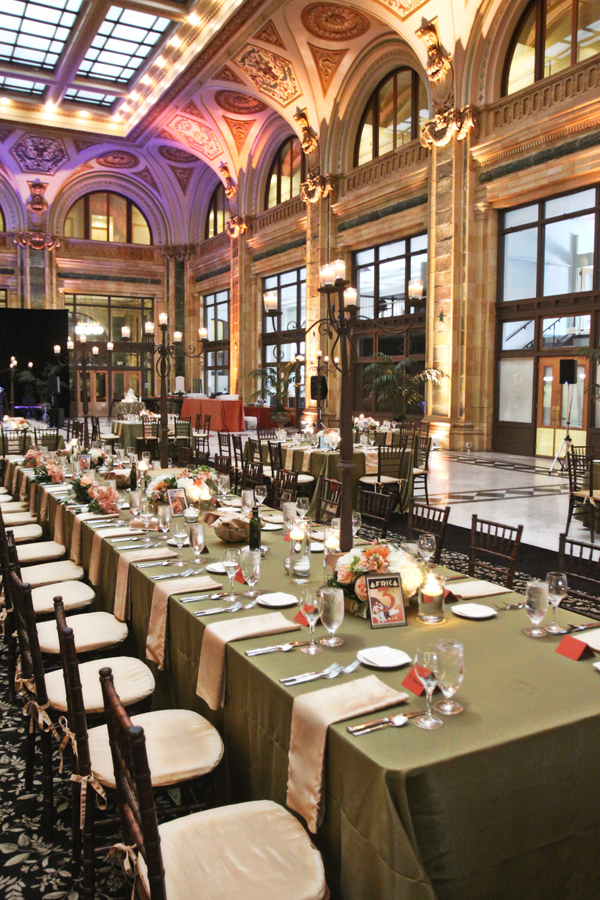