Deutschtown Music Festival Again Takes over the North Side

Saturday's nighttime lineup at the Allegheny Elks Lodge on Cedar Avenue, with a quartet of acts culminating in a set by Fist Fight in the Parking Lot. 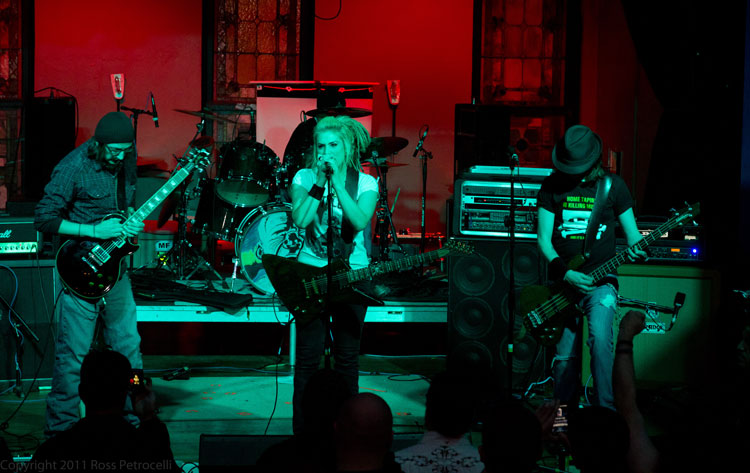 THE LOCAL MUSIC SCENE’S BIG SHOWCASE IS THIS WEEKEND
At most big live-music events, we’ll get a taste of what the Pittsburgh music scene has to offer; a local standout will open for a touring act, or a side stage will be filled with regional bands. At the Deutschtown Music Festival, now in its third year, the city’s best acts get the chance to serve as the main course in a free, all-day event stretched across 24 stages in the North Side’s historic neighborhood-within-a-neighborhood.

On Saturday, 125 acts will appear north of the Allegheny, with venues ranging from the outdoor main stage at the intersection of Middle and Foreland streets to intimate performances in venues such as Bistro to Go and Arnold's Tea. We’d especially recommend  the nighttime lineup at the Allegheny Elks Lodge on Cedar Avenue, with a quartet of acts culminating in a set by Fist Fight in the Parking Lot (pictured) and the all-day run of performances at the Wigle Whiskey Barrelhouse on Spring Garden Avenue, headlined by Chet Vincent & The Big Bend. Take a look at the interactive festival map to plot your journey throughout the day.
(Click here for full schedules and more info)

A WORD ON BARBECUE, A NIGHTLIFE ACTIVITY ALL ITS OWN
Much to the joy of those who love sauce and smoke, barbecue is coming into its own in Pittsburgh. And while plenty of spots offer barbecue and more, the beautiful thing about this particular culinary form is that it needs no adornment: Going to fill up on perfectly prepared pork or brisket is its own activity. “Getting some barbecue” is a perfectly fine answer to the query, “What are you doing tonight?” To prove the point, After Dark takes a trip to new South Hills restaurant Smoq Pitt to eat heartily. Want a blog post that’ll make your mouth water? Head to After Dark!

GALLERY CRAWL RETURNS, WITH A “COSMOPOLITAN” EDGE
For those who haven’t been to the Pittsburgh Cultural Trust’s quarterly Gallery Crawls, think of them as the Three Rivers Arts Festival’s edgy, after-hours counterpart. Running from 5:30-10 p.m. tomorrow, the free event features more than 20 crawl stops scattered throughout the Cultural District. Most of the area’s businesses will hold special events throughout the night, including live wall paintings at SPACE, film screenings at the Harris Theater and mini-classes at Bend Yoga. Later in the night, the Cultural Trust will hold its circus-themed Cosmopolitan Pittsburgh fundraiser, featuring live music, games and sideshow acts. The Cultural Trust is encouraging guests to “dress the part,” so come ready in whatever crazy outfit you can find.
(Click here for venues, schedules and more info)

IN THEATERS: A divergent quartet of films opens in Pittsburgh theaters this week: the animated comedy “Minions,” a spin-off of the “Despicable Me” flicks; the sci-fi thriller “Self/less,” starring Ryan Reynolds; “The Gallows,” a found-footage horror movie; and the acclaimed documentary “Amy,” about the late singer Amy Winehouse. PM Film Editor Sean Collier will appear on the 102.5 WDVE Morning Show at 7:15 a.m. tomorrow to review “Self/less,” “The Gallows” and “Amy.”

Parades, live music, re-enactments and more will fill downtown Washington, Pa., as part of the annual Whiskey Rebellion Festival, which runs from today through Sunday. — S.C.

It's a "Feathered Fiesta" at the National Aviary's annual Night in the Tropics fundraiser, featuring live Latin music, food and drink and more. Click here for tickets. — S.C.