Pack your bags, because these weddings will take you on a journey — no passport required. 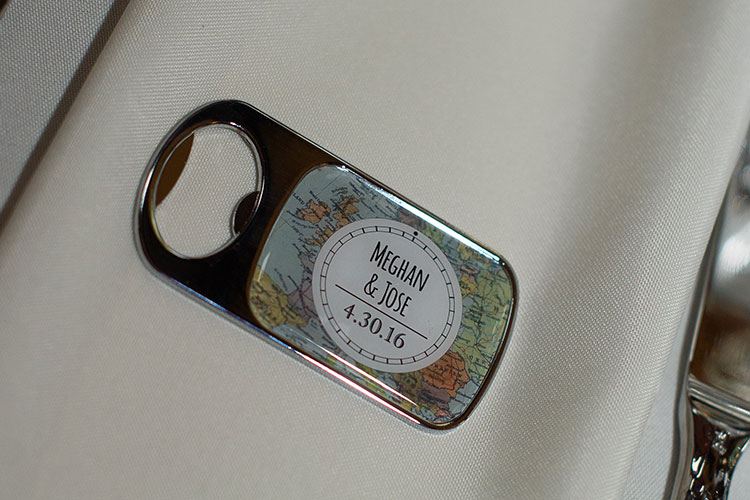 Photos by Photography by Lyndsey

Due to the high-travel nature of Meghan Roe and Jose Barrera’s jobs, their parents and friends often joke and say “Where in the world are Meghan and Jose?”

So they decided to make it their wedding theme.

“We wanted the wedding to be really representative of us, and we really love traveling, so we decided to have a travel-themed wedding to combine all that together,” she says.

These couples show that you don’t need to travel to another country to get a destination wedding experience. 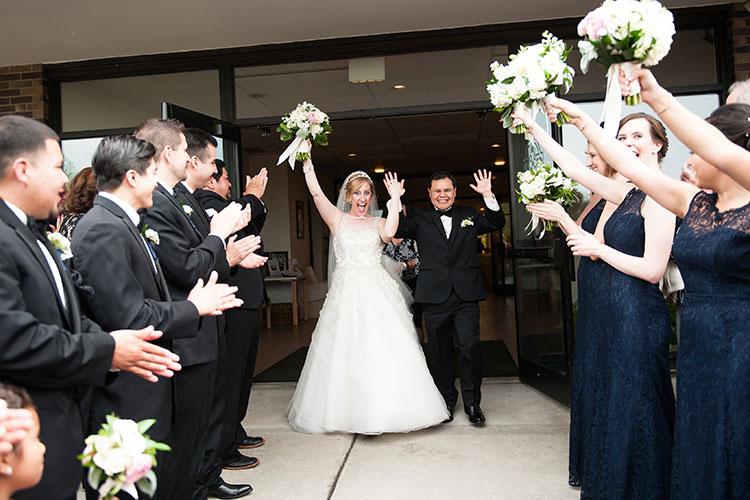 All Around the World

Meghan and Jose met in 2013 though mutual friends.

“One of my best friends that I knew from Zumba, her husband had worked with my now-husband, so they had known each other for a decade, and they were trying to set us up,” Meghan says. “One night they were at a bootcamp fitness class and me and my friend were at our Zumba class, and then afterwards they introduced us.”

Meghan and Jose went on a date after their introduction and officially starting dating about a week after their first date.

Before they met, Jose was set to live to Nigeria doing work for Chevron, but his move was delayed by a few months. In that time, Meghan and Jose took weekend trips around the Northeast to go sightseeing since Jose is from Texas.

When he moved to Nigeria, the couple traveled to more exotic locations like Italy, South Africa, Spain and France since Meghan frequently travels to Europe working for PPG Paints in the marine coatings sector. 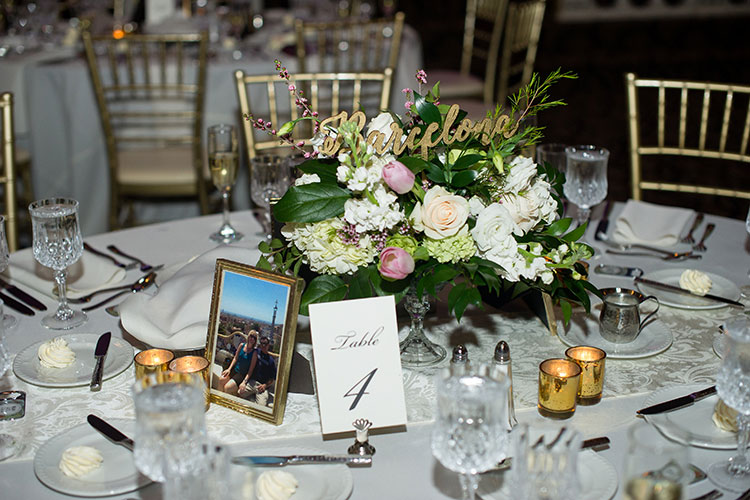 “If you want to know if you’re compatible with someone, go on a trip with them. It makes your relationship grow faster,” she says.

Since traveling is an important part of their relationship, Meghan and Jose’s wedding had save-the-dates featuring pictures of their travels on vintage postcards, tables decorated based on each place they visited, and seating cards with a special passport stamp displayed in a vintage suitcase.

Even though she’s traveled all around the world, there’s only one place Meghan wanted her ceremony: in her hometown of Pittsburgh.

“I don’t think I could picture getting married anywhere else,” she says. 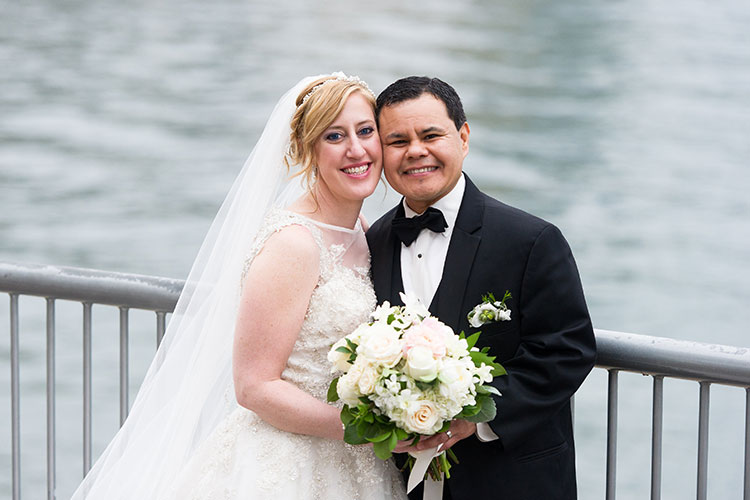 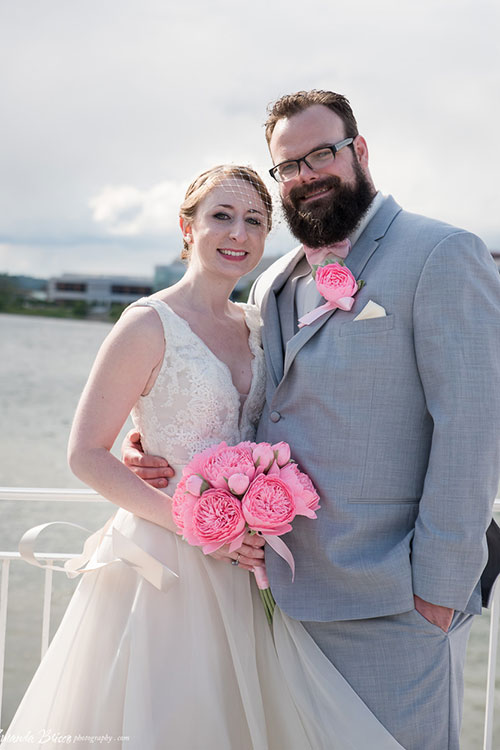 Lacey Meckley and Bob Pope chose to have a nautical-themed wedding on the Gateway Clipper for more practical reasons.

“We were looking around, we realized that weddings are super expensive, so the Gateway Clipper was in our budget,” she says. “Since this was the first trip to Pittsburgh for a lot of people, we were like ‘what better place to have our wedding and also see the city?’”

With Pittsburgh set as their “exotic destination” — most of their wedding guests were visiting from out of town — Lacey and Bob’s wedding featured boarding pass invitations, compass wedding favors and a globe for a guest book. For those who couldn't make the wedding, Lacey and Bob sent letters that said “sorry you missed the boat.” 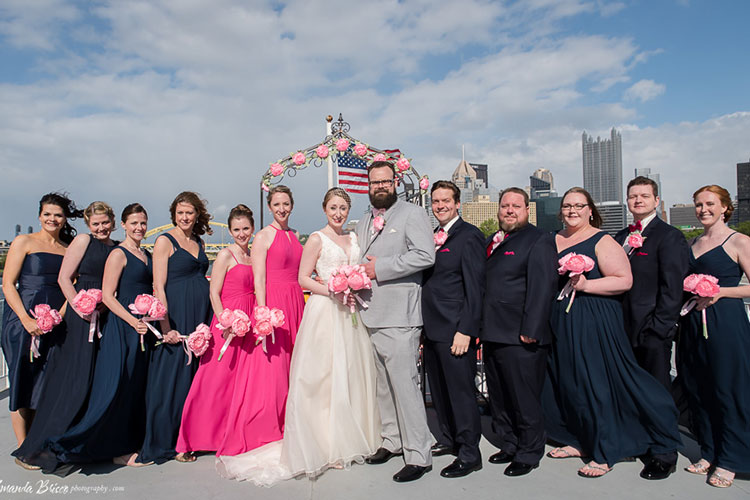 Despite this, their wedding-at-sea did tie into their meeting story — the couple met in a sports bar at LaGuardia Airport after their flights were cancelled after a post-Super Bowl XLVIII storm in 2014.

Brought together by an intoxicated Canadian man — he bought a bottle of wine for Lacey, her friend and two gentlemen at the end of the bar, Bob being one of them  — they chatted in the food court as their respective travel partners slept in the food court.

The pair exchanged phone numbers and promised to keep in touch as they headed off to opposite ends of the state — Lacey was traveling to Washington, D.C. and Bob was flying to San Diego, then driving to Mexico where his parents lived. They began dating long-distance after months of chatting, became engaged on Sept 13, 2015 — Lacey’s 30th birthday — and married on May 15, 2016.

The most memorable part of the wedding was the boat, Lacey says.

“All of our family and friends enjoyed something different for a wedding location,” she said. 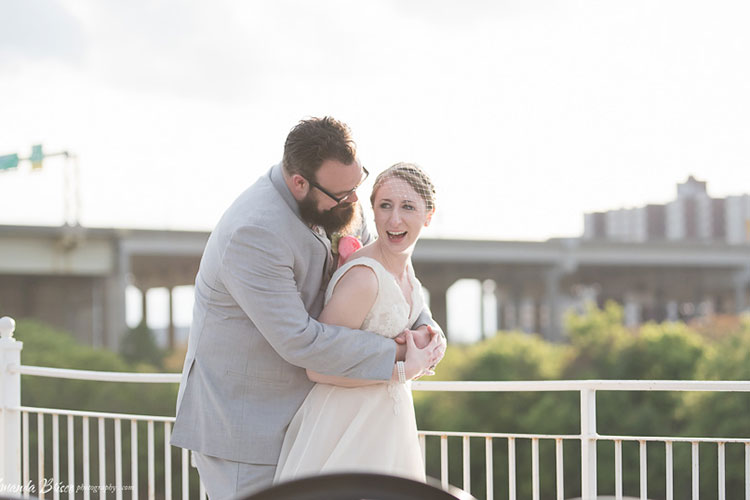