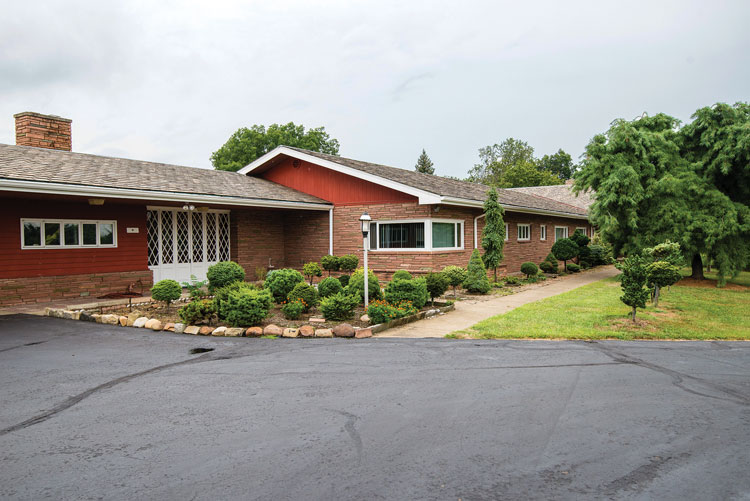 Walk into the foyer of this home, through the living room with expansive bow windows, through sliding mirrored doors into the stately dining room, then through the walnut-paned recreational room that opens onto a covered slate patio. It’s easy to imagine the grand parties business mogul Michael Baker Jr. and his family once held here in Brighton Township, Beaver County.

It’s even easier given that the home, built in 1955, has remained largely unchanged through the years. Baker, owner of engineering and consulting firm Michael Baker Corp., designed the home, and it’s had only one other owner since he died in 1977. The home was on the market for $539,000 and now is under contract with expectations the sale will close this month.

“This house is something else,” says Karen Morrow, the real-estate agent who is listing the home through RE/MAX Select Realty. 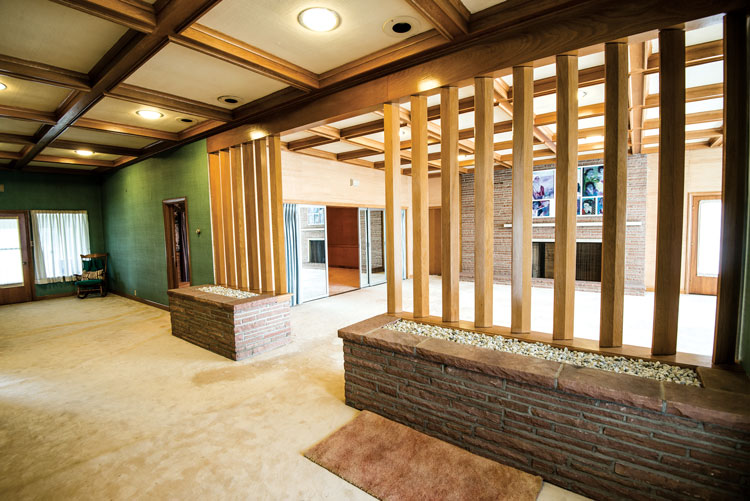 “It’s a deal,” says Morrow, noting that Erie Insurance has set the cost to replace it at $1.6 million and blueprints are available so that the house could be reconstructed if an owner wishes to do so; the property also could be subdivided.

That’s not to say it doesn’t need some renovation. It lacks central air conditioning, the heating system needs to be updated, and the pool and tennis court have fallen into disrepair.

Baker’s son Carl G. Baker, 74, president and CEO of architectural design and planning firm Baker Worldwide Consulting LLC, says if a single family were to purchase the home, it would have to be a large one.

“Five bedrooms and a number of bathrooms?” he says almost incredulously. “The full recreational room is just a monster, it’s half the size of a normal house … It’s a great house; rare. I don’t know what you’d do with it.” 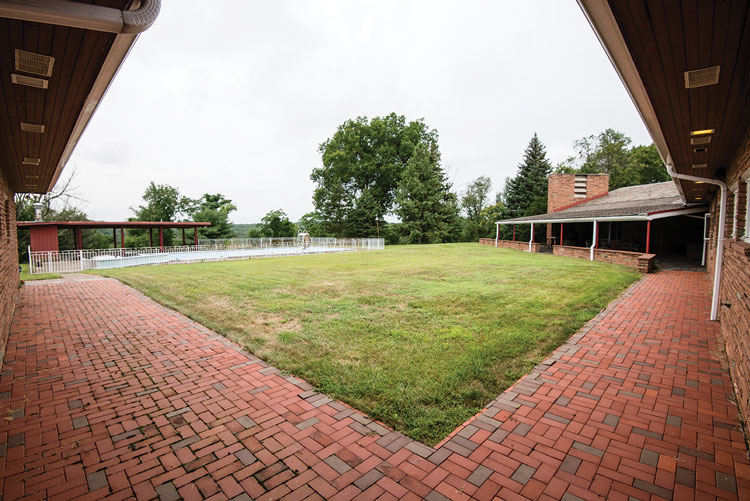 He noted the backyard held a ski run at one point, and he reminisced about hours on the grounds playing basketball or tennis.

“When you’re young, you don’t realize what you have, and when you’re old and grown you think, ‘Wow, did I really grow up there?’” he says.

The property’s only other owner was a local doctor, Corrado Baglio, who lived there with his wife, Dr. Linda Baglio. Both are deceased.

Baker developed the blueprints himself while recovering from hip surgery; one of his business partners, Joseph Bontempo of Aliquippa, was the architect. Carl Baker says watching his own home being built inspired him to go into architecture, and he ended up working with Bontempo for a few years early in his career.

Carl and his brother Michael Baker III, who recently died, had their own bedrooms with built-in, custom cedar closets and attached full baths (all of the bedrooms have adjoining baths). A carpenter employed at the former Cook-Anderson Lumber Co. in Beaver constructed all of the walk-in closets in the home, which Carl estimates to have cost $5,000-$7,000 each, as well as the cabinetry.

“You really could not be sloppy in that house; you put things away,” Carl says. 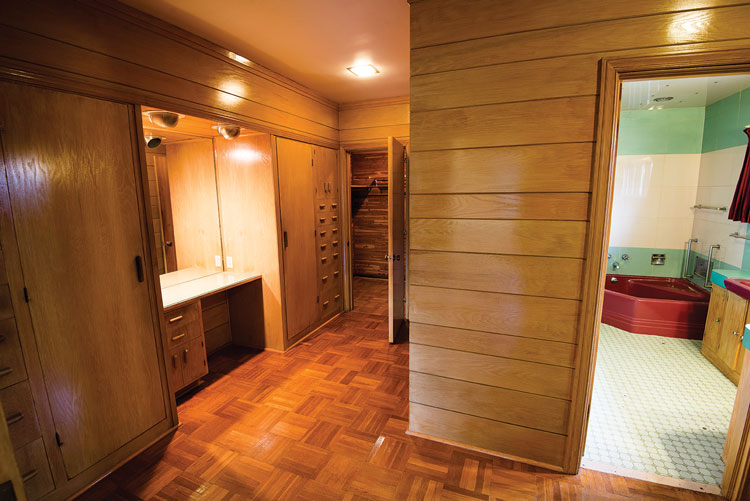 Another bedroom served as a guest room, and another was made available to the family’s chauffeur/maintenance man should he ever need to stay the night in inclement weather. He also was in charge of the family’s Cadillacs kept in the attached four-car garage.

The kitchen comes with most of the original fixtures and appliances. It contains a peninsula, small breakfast nook and custom cabinetry.

“The only thing Dr. Baglio really did was rip up the bedroom carpets and put Italian ceramic tile in the kitchen, hallway and some bedrooms,” Morrow says, noting the doctor maintained the grounds beautifully. The remaining flooring is a mix of carpet and parquet wood. All of the flooring, even in the garage, is equipped with hot-water, radiant heating. 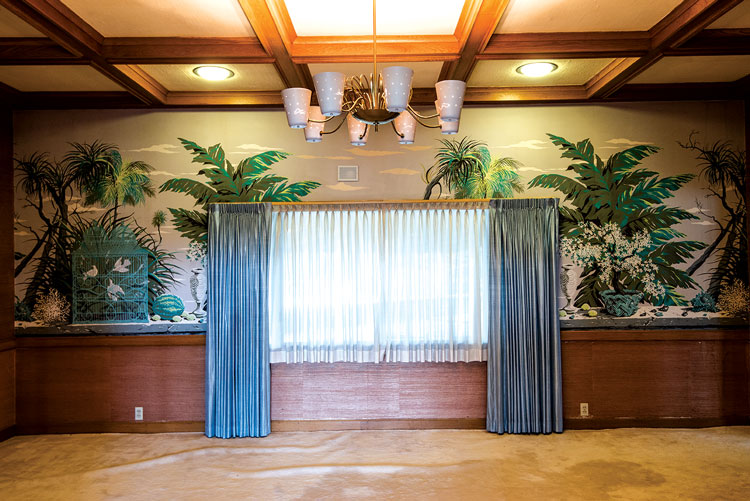 Many of the walls and ceilings are wallpapered, most notably the living room and dining room, which share a coffered, walnut ceiling adorned with Japanese grasscloth wallpaper. A mural on the long wall in the dining room was given to the family by the King of Spain, along with a China set with embedded rubies and diamonds; Carl’s mother was always too afraid to actually use it for guests, he remembers.

There are two stone, floor-to-ceiling wood-burning fireplaces — one in the living room and another in the recreational room.

In Baker’s office at the front of the home, Carl remembers his father pointing out places to which he’d traveled on business, using a large map that remains on the wall. The logo of the Michael Baker Corp. at the time contained a globe and the words “We Traverse the Earth,” and the image was cut into the carpet. A large, glass bookcase with built-in shelving underneath housed Baker’s mementos, and a picture window overlooks a front lawn that slants down to the road.

The home holds many happy memories for Carl — building model airplanes, playing in the large hobby room where he and his brother kept an anemometer to measure wind speeds and meeting dignitaries such as King Saud of Saudi Arabia and then-Sen. Richard M. Nixon, who did business with his father. 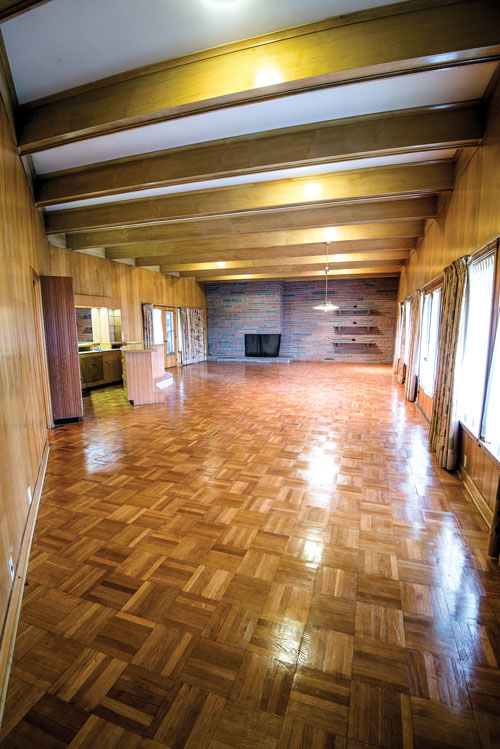 Carl says he was “nebby” as a young child and fascinated with important visitors. He remembers when King Saud noticed Carl in the hall outside of his bedroom late one night and invited him in for some conversation. Carl spoke a little Arabic and the King spoke a little English. Carl’s father was not happy about his young son, who was probably around age 11 then, bothering the King, but the King told Carl, “I’ll take care of it.”

Carl also remembers that Nixon was one of the first guests to arrive by helicopter at the home. He tripped stepping out of the aircraft, and Carl, who was eagerly waiting nearby, jumped in to catch him.

“He said, ‘Will you walk with me?’” Carl remembers. “So I’m walking about 50 feet from the helicopter circle to the front door and my father’s at the end of the driveway … and he said, ‘Carl, you can go now.’

“I was always in trouble whenever I was with anyone of any royalty. I always wanted to talk to them. When you grow up in a family such as the Baker family, which had global impressions, it was very interesting.” 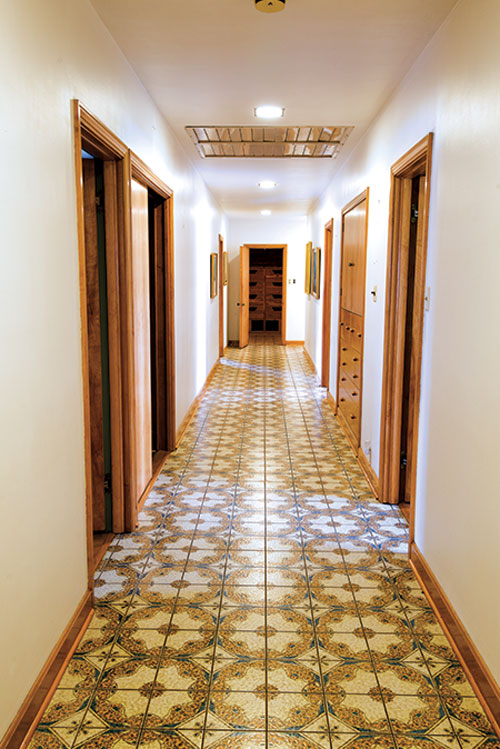 From the outside, the brick home has few visible flaws. Trees line the front sidewalk and both sides of the driveway, and a brick and stone walkway wraps around nearly the entire circumference of the house.

The pool was built in the center of the backyard, with the house almost surrounding it, so Baker’s wife, Myrtle, easily could see the children when they swam. Morrow says it was operational until 12 to 15 years ago. The pool had two sliding boards, a sloping deep end and men’s and women’s locker rooms.

The slate patio was built of Colorado red rock. Carl says his father’s business worked on Interstate 70 in Colorado and the state owed him money for the project. As payment, it sent 16 truckloads of stone, which was used to build the patio.

During the family’s summer soirées, 80 to 100 guests could sit on the patio with an additional 300 to 500 spilling out onto the lawn, under tents and into the pool. Dancing would last well into the night to the sound of a small band by the pool, an orchestra on the terrace or a pianist in the living room inside, which held a Steinway Grand piano. Musicians such as Roger Williams, the Tommy Dorsey Orchestra, Peter Duchin, the Four Tops and the Temptations appeared at the Baker home at one time or another (the latter two for Michael III and Carl’s graduation parties, respectively). The bar served only non-alcoholic beverages at Myrtle’s request.

“The house was something,” Carl says. “To grow up there was unbelievable.”