Death to the NFL Salary Cap

It doesn’t provide parity or competitive balance. The salary cap just steals millions from players who, rightfully, want to retire before hits to the head could ruin their life. 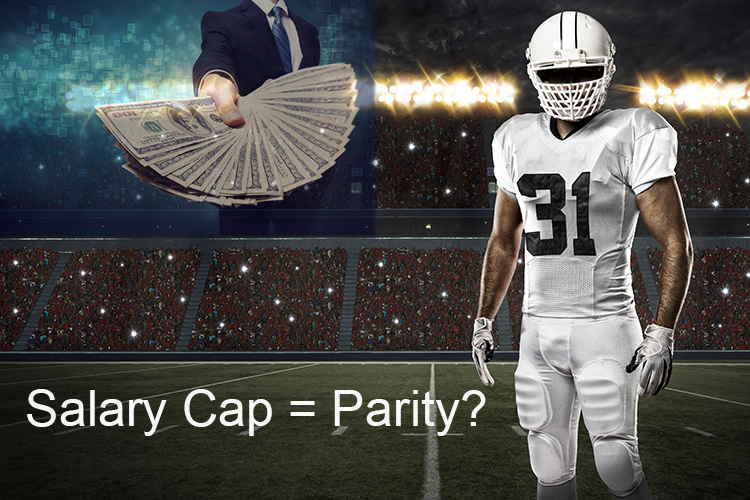 The owners of NFL teams would like nothing more than for you to get hung up on how much they spent in free agency.

But Steelers Nation gave the most attention to money that was *not* spent. When linebacker Jason Worilds announced his retirement, fans were shocked. Shocked at an NFL starter ending his career at a prime age of 27 and even more shocked at his doing so just before he appeared ready to sign a huge free-agent contract.

Worilds is abandoning $15-$20 million in “GUARANTEED Dollars.” He is giving up “the biggest pay day of his life.” Another person on Twitter said things about Worilds I don’t feel comfortable retyping on this, a family-friendly blog.

Other fans praised Worilds. Here is a man who put his own health and happiness ahead of money, they said. Same for quarterback Jake Locker (age 26) and former All-Pro linebacker Patrick Willis (age 30), both surprising the public by hanging ’em up so soon after they reached ability-to-rent-a-car age.

Is this the start of a trend? Or is it merely a coincidence of timing for three young guys to retire in the same week? I don’t know.

Either way, it appears the lines have been drawn. For late-20-something players, do you call it quits with a few million in the bank and your body mostly intact? Or do you risk your limbs for the big free-agent contract?

That dichotomy misses something that should be apparent: Players who are four or five years into the league should not have to make that choice. The only reason they do is because the NFL’s salary cap chips away at their paychecks. It’s time to ax the cap.

Don’t fall into the trap of thinking the salary cap has created parity in pro football. The NFL has not achieved parity any more than you or I have achieved the Nobel Prize in Chemistry. (Unless Ilya Prigogine reads my column. If so, thank you, Ilya, for your contributions to our knowledge of non-equilibrium thermodynamics.)

Competitive balance in the NFL is a myth. The last 12 AFC titles have been won by only five teams. Major League Baseball (supposedly so dominated by the rich teams) has a greater percentage of its teams rotate through playoff spots than the NFL does.

If parity exists in the National Football League, I’m sure that would be news to fans of the Bills, Raiders, Rams and — of course — the Browns. The NFL is the only one of America’s major leagues to have four teams struggling through a decade-long playoff drought.

The strongest effects of the league’s salary cap are a larger likelihood of work stoppages and beefing up further the wallets of team owners. Instead of owners paying players their proper value in a truly free market, these billionaires can trust the salary cap to deflate contract numbers.

So let’s bring it back to Jason Worilds. He was drafted out of Virginia Tech in 2010 and signed a four-year contract. Worilds made just more than $3.8 million over the length of that deal, according to Spotrac. That’s certainly a healthy sum of money.

All of it, however, was artificially constrained at every step. Worilds could not enter professional football until he was three years out of high school because of NFL rules. Worilds was tied to the Steelers instead of being free to sign with any of the 32 teams because of the NFL Draft. He could have entered free agency before last season, but the Steelers placed the transition tag on him. NFL rules.

And rookies entering now are subject to a wage scale. A player could enter the league with otherworldly football abilities, but he won’t make any more over his first four seasons than the salary formula allows.

So no, I would not say that Jason Worilds left tens of millions on the table. I would not dare criticize Patrick Willis or Jake Locker for not continuing to subject themselves to brain injury for a few more millions.

In fact, it is the league and its owners who already have taken away millions from these men. Under the guise of “competitive balance,” the NFL dictated when they could start earning their money, limited them to one team with whom to negotiate and eliminated any truly free market for them to earn to their full value.

Kudos to Worilds, to Willis, to Locker. Whatever their reasons for leaving the game, they’re doing it with many healthy years still in front of them. The powers-that-be in pro football already have stolen enough from their paychecks.