Plan an overnight escape to the eerie edifice of Moundsville’s West Virginia Penitentiary. 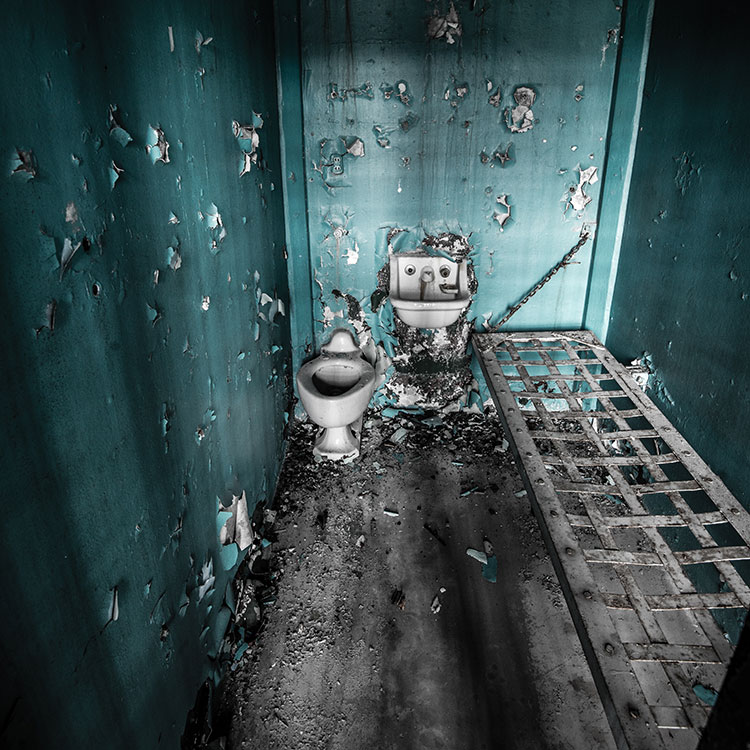 You stand alone in a windowless cell. There is a metal cot bolted to the wall on your right and a sink and lidless toilet in the corner. A single shelf is at eye level on your left, also bolted to the wall; it holds two pulp paperbacks and a frameless photo. Behind you is a heavy metal door, locked to protect you from your neighbors, and to protect the outside world from you. The cell is 5 feet wide and 7 feet long.

On the evening of Oct. 8, 1929, fellow prisoner R.D. Wall, inmate #44670, will be killed in the boiler room by three prisoners with dull shivs for snitching on his cellmate. Throughout the prison’s 119-year history, another 35 homicides and 94 executions by hanging and electrocution will take place. 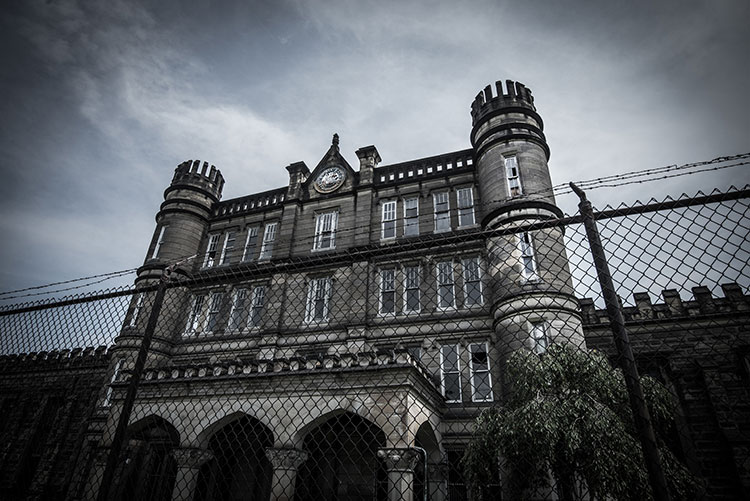 Conditions inside have deteriorated since the prison’s Civil War-era construction. Cramped cells lead to disease and violence, and the U.S. Department of Justice ranks it in the top 10 most violent correctional facilities in the country. Prisoners will stage bloody riots in 1973 and again in 1986; and in 1986, the West Virginia Supreme Court will declare that confinement in such a small space is cruel and unusual punishment. The prison will be closed nine years later.

If you believe that psychic energy can leave its imprint on a place, Moundsville’s West Virginia Penitentiary is a holding pattern for the dread, despair and regret of the thousands of inmates who were incarcerated there from 1876 to 1995. Disturbing sounds, shadows and cold spots have been reported. The kill-or-be-killed mentality lingers like a mold behind the peeling paint chips and corroded locks. 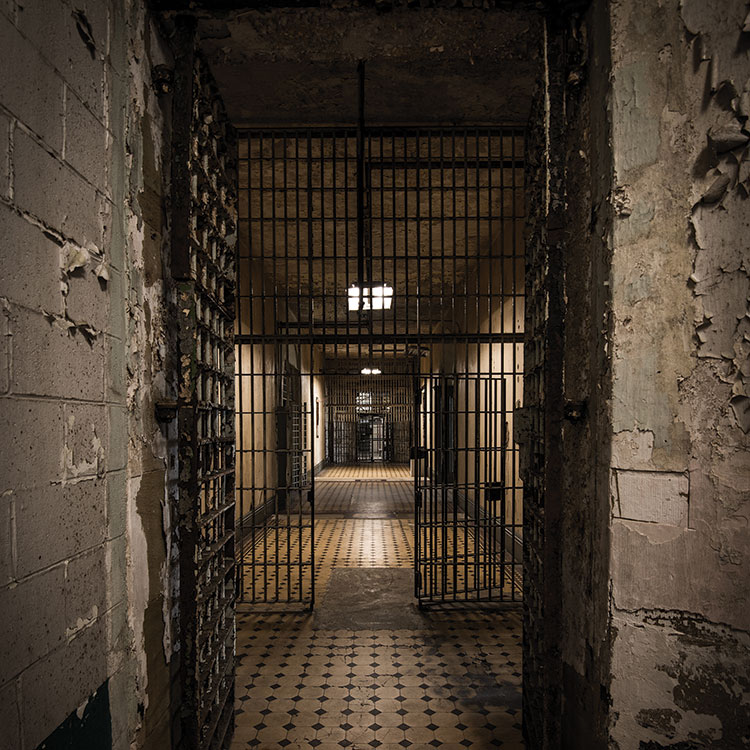 Is the prison haunted? Find out for yourself on a guided day tour of the facility or dig deeper during several tours offered through October for the Halloween season. The Dungeon of Horrors is a walk-through tour of the prison’s most popular sites in a scare-house atmosphere. The North Walk tour is a flashlight tour that features areas with the most reported paranormal activity, including the maximum-security area, the boiler room, and the psychiatric ward — areas only open during the Halloween season.

For a more immersive experience, book your own overnight (11:59 p.m. to 6 a.m.) Private Paranormal Investigation in the prison. You and your ghost-hunting friends will get a guided tour and then be set loose to roam on your own. Bring your own flashlights, cameras, investigative equipment and snacks. (EVPs are no extra charge.) 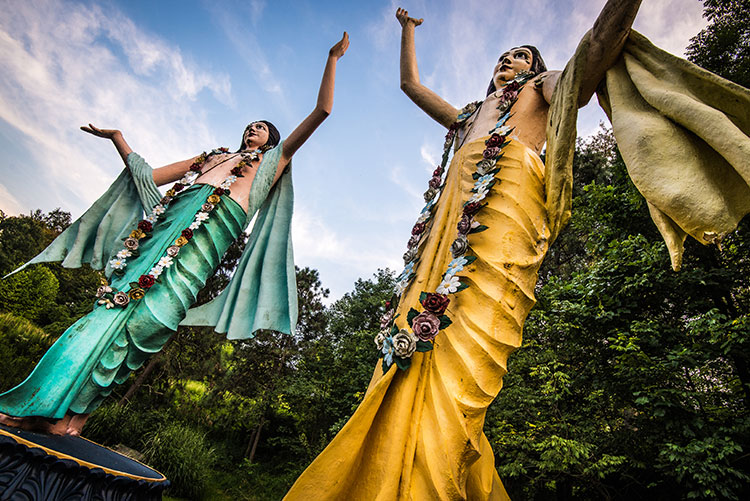 For friendlier spirits, visit nearby New Vrindaban, built in 1968 to fulfill the dream of an ideal society based on Krishna Consciousness. Tour the magnificent Palace of Gold (once home to Vedic scholar Swami Srila Prabhupada), stroll the organic gardens, visit the lotus pond and dine at Govinda’s, considered one of the top vegetarian restaurants in the area. 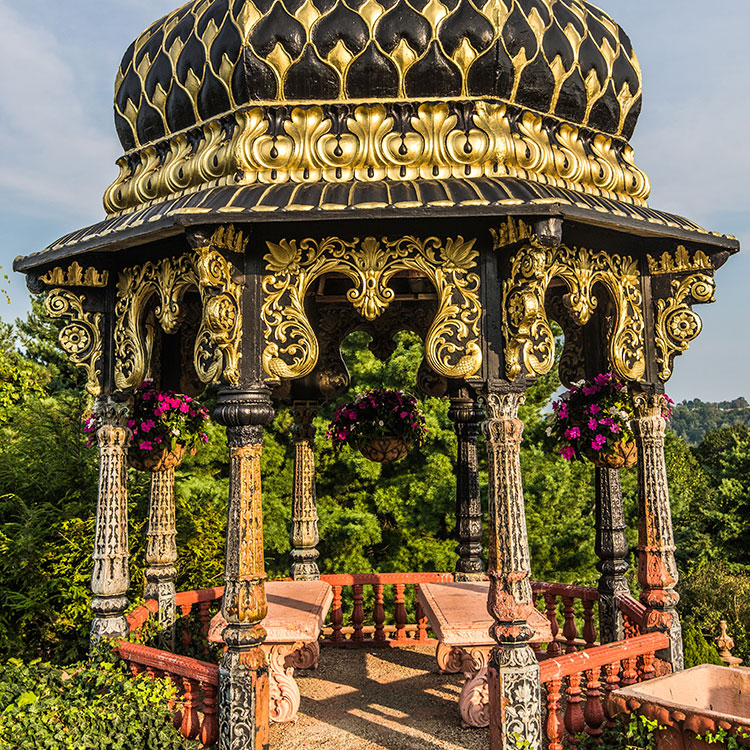 Don’t miss a service at the Krishna Temple, where believers might graciously include you in their worship with blessings of scent and flame.

Moundsville’s Grand Vue Park is an attraction in itself, with a zip-line canopy tour, aerial adventure park, paintball course, mountain-bike and hiking trails, astronomical observatory, 9-hole golf course, disc-golf courses, swimming pool and geocaching sites. Stay overnight at one of the new Treetop Villas, overlooking a spectacular view of the surrounding mountains and valley below. Where else can you get a treehouse view from a hot tub? 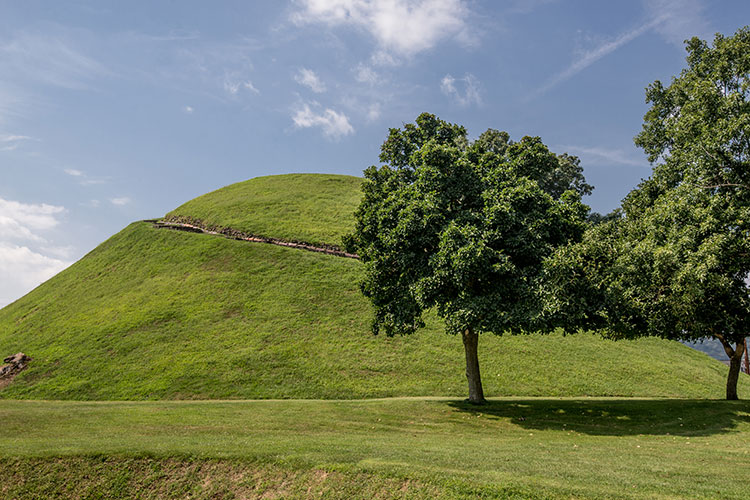 Look Up
The Grave Creek Mound Archaeological Complex, directly across the street from the prison, is an extraordinary site. The Adena burial mound is the largest of its kind in the world, created by the movement of 60,000 tons of earth by hand more than 2,000 years ago. Walk through the museum, and then climb the mound’s spiral steps for a view of the city.

This article appears in the October 2017 issue of Pittsburgh Magazine.
Categories: From the Magazine, Hot Reads, Things To Do