Daytripping: The Town That Sees Spirits

Ghosts, spirits, manifestations ... whatever you call them, their positive vibrations travel with you in Lily Dale. 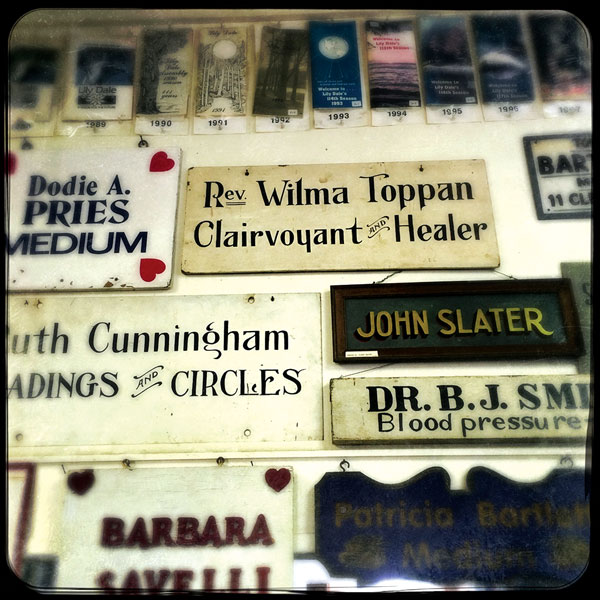 The spirits communicate most freely at Inspiration Stump.

“May I come to you?” asks the medium at the spiritual retreat. The woman in the black wrap nods eagerly and shifts on her wooden pew, ready to receive. “May I hear your voice?” the medium asks, and the woman responds, a nervous “yes.”

Old-growth trees surround the congregation, towering overhead in a thick canopy, and we hear only crickets and bird songs. But the medium says she hears the voice of the woman’s mother; in fact, she sees the mother standing directly behind the woman, wearing an apron and working her fingers, kneading dough. 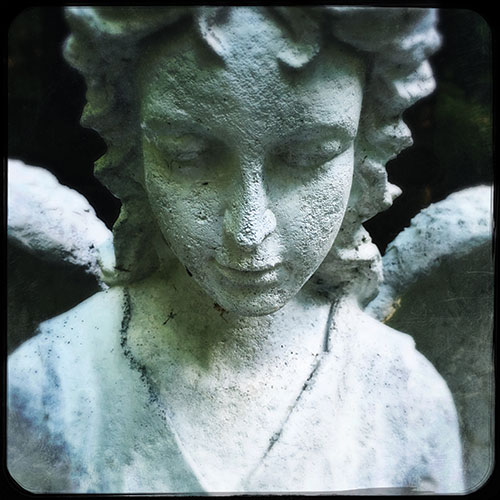 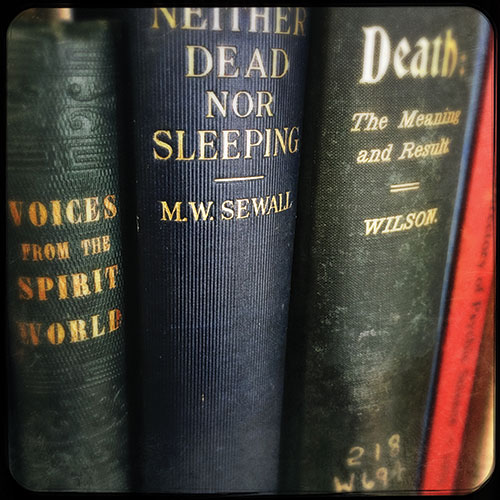 “She was a baker,” the medium says, more statement than question. The woman nods. “But she never let you help.”

The woman tears up, the nerve struck. “Never,” she says.

“She says she’s sorry,” the medium says with quiet compassion. “So sorry. But she had a reason.”

The medium confides more: the mother feared her husband’s anger if a meal was late; she spent her days too hurried and stressed to show her daughter how to do things for herself; the old oven’s heat element didn’t bake evenly, so she always feared burning dinner.

It’s the kind of message we hear at Lily Dale, where the dead speak to the living. 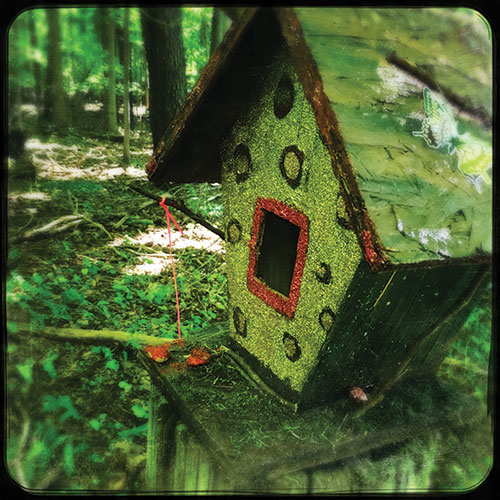 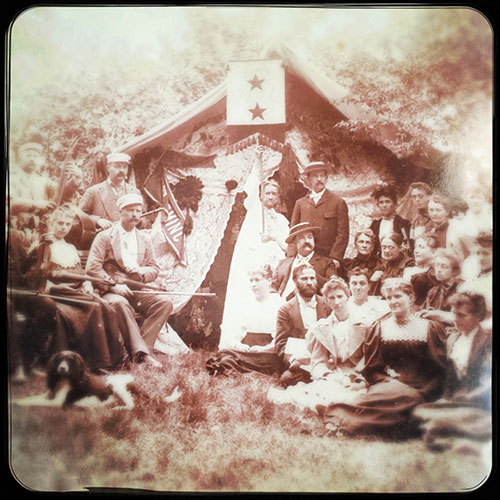 (left) the Fairy Trail; visitors to Lily Dale in the late 1800s

The Lily Dale Assembly occupies a tiny hamlet in the town of Pomfret in southwestern New York. It was founded in the 1800s as a retreat for those who believed in the science, philosophy and religion of Spiritualism. Early residents — who labeled themselves as Spiritualists, Liberals and Free Thinkers — communicated with the spirit world and looked forward to “Summerland,” their vision of heaven. What started as a small compound now is a gated community (there is a daily $15 gate fee) of 160-plus acres with about 275 year-round residents. The assembly has its own fire department, post office, library, museum, cafeteria and beach on Cassadaga Lake.

Lily Dale’s summer season runs from the last weekend in June until Labor Day, with mediumship demonstrations, workshops and healing services. Two services are held daily at Inspiration Stump, considered to be the community’s hot spot of spiritual power. Services tend to last for an hour, with mediums taking turns giving short readings as the spirits move them. 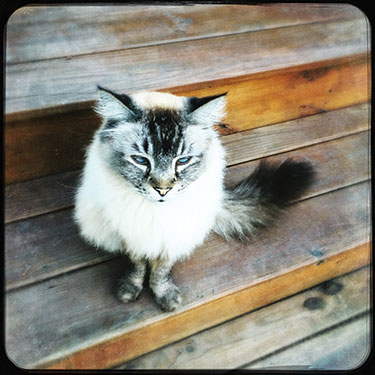 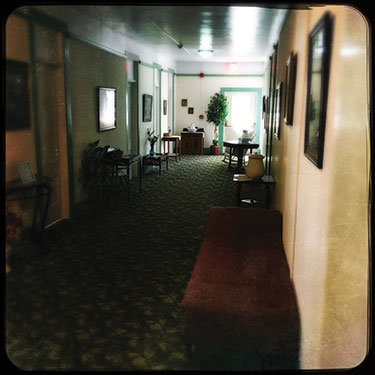 Spirit Animal: Cats are almost as numerous as fairies and angels in Lily Dale; Rest in Peace:
There are guesthouses and two hotels in Lily Dale. The Maplewood Hotel (built in 1880) is said to be haunted.

During summer season, the town’s mediums — more than 50 are listed as “registered” with the Lily Dale Assembly — open their doors for private readings. Most offer 30- and 60-minute readings for a fee, and some include a CD recording of the reading as well.

I arrive for my appointment with the Rev. Celeste Elliott a bit early, and we sit in cushy chairs in a small, sunlit room. No crystal ball, no tarot cards, no floating trumpets, no ectoplasm … just an hour of quiet talking. It’s part therapy, part confession, part meditation. I’m surprised to hear from my grandparents and my great-aunt.

“Dead” is a bad word in Lily Dale (they prefer “passed over”), and spirits rarely deliver bad news. In fact, the Dale is positively abuzz with positivity. Everyone smiles, everyone greets you, everyone looks happy. Even my iced chai at the coffee shop is better than one at Starbucks. Angels and fairies are everywhere — perched on shelves, hovering under ceiling fans, dangling from rearview mirrors, overseeing gardens. There must be thousands of them. There’s even a Fairy Trail with tiny fairy villages. (Midnight visitors have reported fairy sightings.)

You feel a positive vibration in the Lily Dale air. It’s the anticipation of witnessing a supernatural event, receiving a message or coming face to face with a spirit. 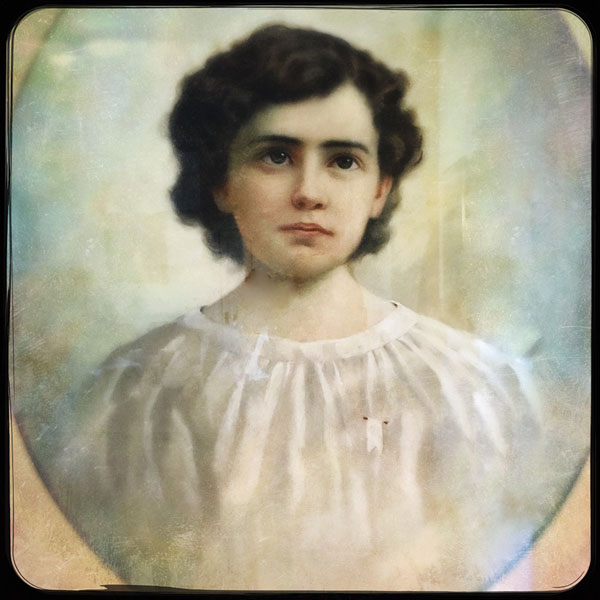 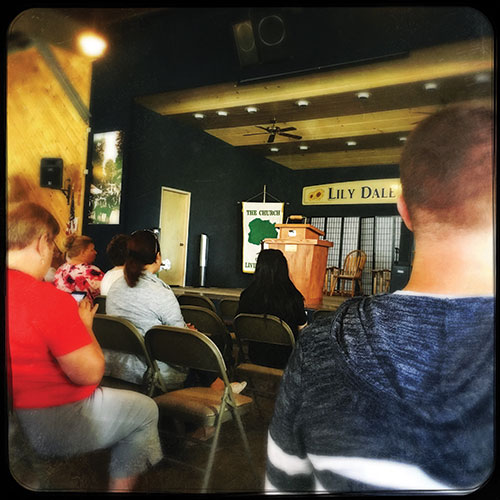 A bit of insomnia led me to take a walk around Lily Dale on my last night there (the grounds can easily be walked in 20 minutes). It’s about 3:30 a.m., and on my way back to the hotel, I see another guest who can’t sleep. The night air is chilly, and she’s wearing layers of dark clothes. She stops, and I stop.

“Are you real?” she whispers.

And she turns and walks away.

This article appears in the October 2016 issue of Pittsburgh Magazine.
Categories: From the Magazine, Hot Reads, Things To Do