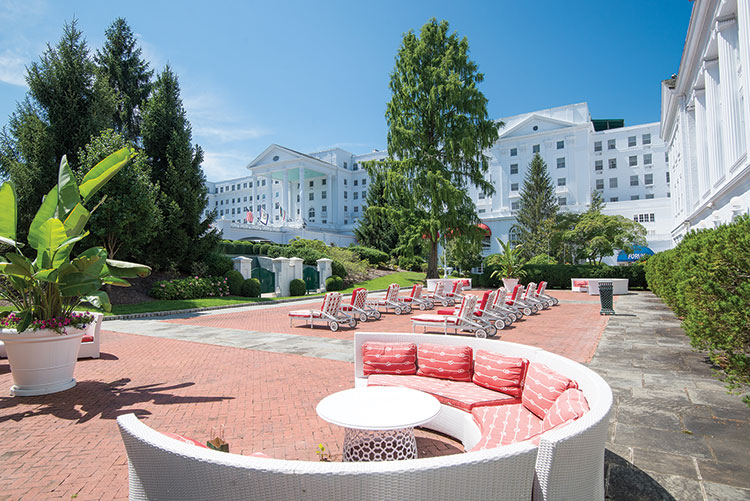 From its inception, the United States’ Continuity of Government program was considered among the most classified of subjects. In the 1950s, at the height of the Cold War, the threat of a major military confrontation between the United States and the Soviet Union led to fears of how the U.S. government would maintain order in the event of a nuclear attack on Washington, D.C. To ensure that the government would continue to operate, a bold plan was enacted: At first warning of an imminent attack, the 535 members of Congress (100 senators, 435 representatives) and a small number of staff would be transported to a secret location away from the nation’s capital. 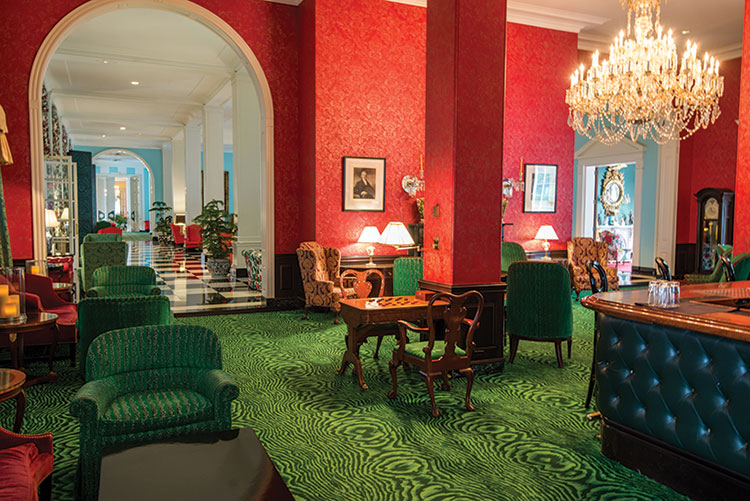 Above ground, The Greenbrier is 11,000 acres of grand architecture, hospitality and Southern charm in White Sulphur Springs, W. Va. Since 1778, the resort has welcomed guests (including 26 U.S. presidents) who come to enjoy the mineral spa, championship golf courses, restaurants and shops, Art Colony, 710 resort rooms and Casino Club. The resort was decorated by noted designer Dorothy Draper in 1946, using bold florals, bright colors, and her signature green-and-white striped wallpaper. (Carleton Varney, Draper’s protégé, continues as the resort’s decorator and curator.) 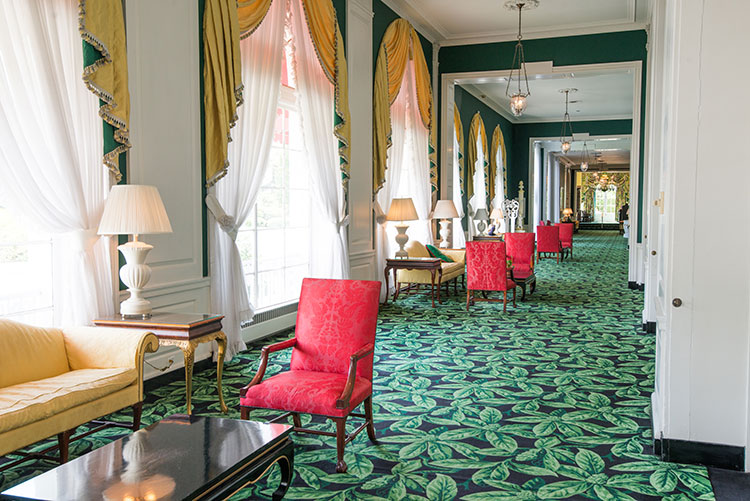 Below ground, buried 720 feet into a hillside below the West Virginia Wing of the Greenbrier, stands the 112,000-square-foot, two-story Cold War Bunker, designed to hide in plain site below the resort. Construction began in 1958, and the final equipment was installed in 1962. For the next 30 years, the bunker sat ready to accommodate members of Congress in times of catastrophe. (The emergency relocation site for the president and the executive branch was located in a secret spot elsewhere.) 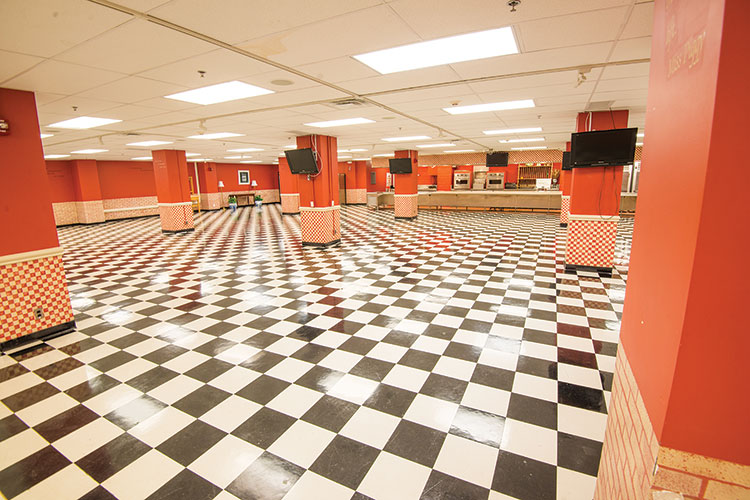 The bunker contains sparse, scaled-down versions of the Senate and House chambers and military-style camp bedding and showers. (No photography is permitted.) To aid in the secrecy of the project, the bunker was intentionally located beneath the resort to disguise the level of activity required to maintain it. Self-contained electrical, plumbing and waste-disposal systems were put in place, and fresh food was routed from the resort to supplement stores of MREs (meals, ready-to-eat).

For 30 years, the facility was kept in a constant state of readiness, hidden from the public, until an article in the Washington Post Magazine in May 1992 exposed the project. Government sources had leaked details of the bunker’s existence, and it was deemed that national security would not be threatened by public knowledge of the facility. Over time, the immediacy of a nuclear threat had reduced the warning time from hours to minutes, so a mass transport of 500-plus personnel was deemed ineffectual.

Today, visitors to Greenbrier can see the Bunker on group or private tours. 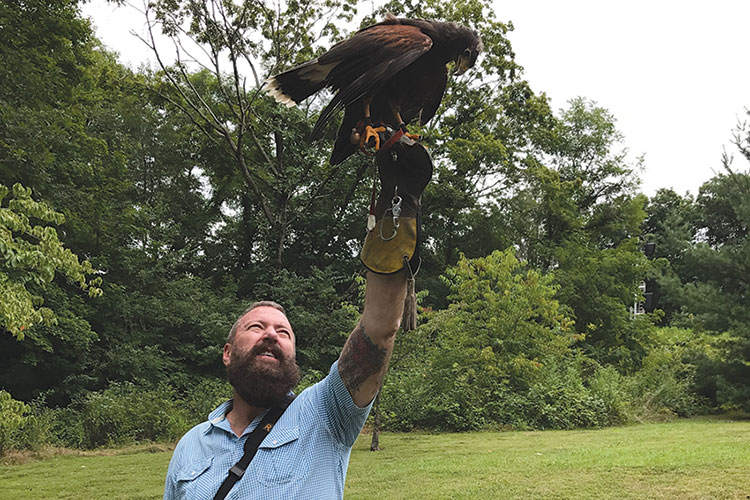 For a different sort of adventure, don’t miss the falconry tour. Greenbrier boasts a small flock of birds of prey, including hawks, falcons and owls. A guide will take you and your group on a short nature walk to demonstrate the bird’s hunting skills. The best part? Donning a leather glove, holding a treat in the air and having the bird land on your hand to eat it. Don’t expect a workout — our Harris’s hawk weighed less than 2 pounds. 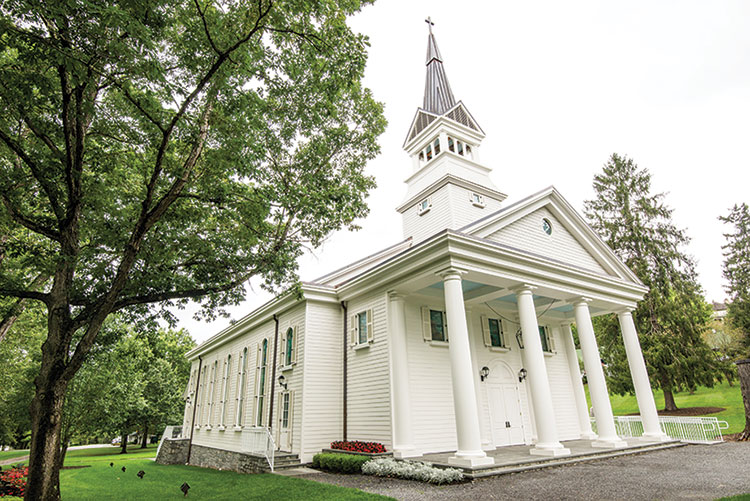 Afternoons at Greenbrier are for shopping, with a variety of boutiques (apparel, toys, handbags, Christmas, golf, kitchen) in the main resort as well as leather, home accessories, furniture, jewelry and fine art at the Art Colony. Nights are for dining; the elegant main dining room is a Southern mansion come to life, while specialty restaurants offer more eclectic offerings (steak at Prime 44 West, casual fare at Draper’s, Italian at The Forum).

Not bad for bunker life. 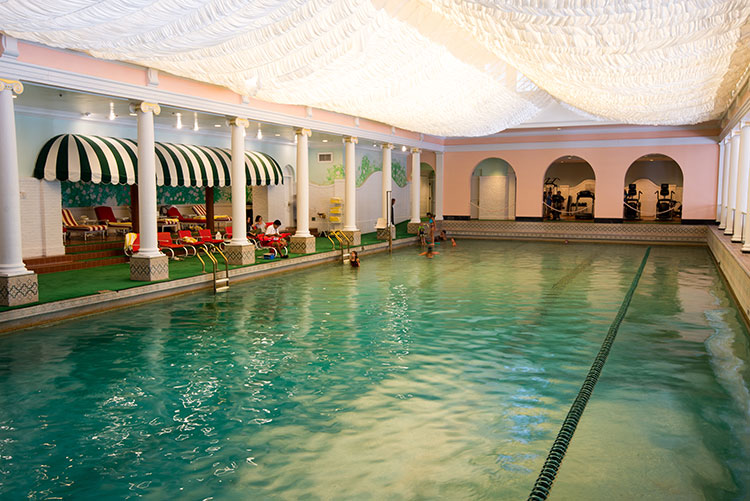 Travelers have “taken the waters” at Greenbrier for more than 200 years, believing in the mineral springs’ curative powers. The resort’s spa features 42 treatment rooms with services including sulphur-soak, massage, hydrotherapy and manicures. The indoor pool is adjacent to the mineral spa and was remodeled by Dorothy Draper.

Find it
On the Web: greenbrier.com
Drive Time: 5 hours

This article appears in the November 2017 issue of Pittsburgh Magazine.
Categories: From the Magazine, Hot Reads, Things To Do