A giant Jersey cow in the sky and other adventures riding west on Lincoln Highway to the Auburn Cord Duesenberg Automobile Museum. 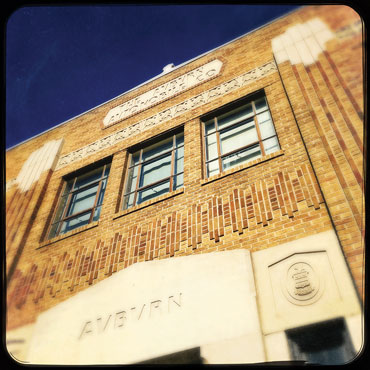 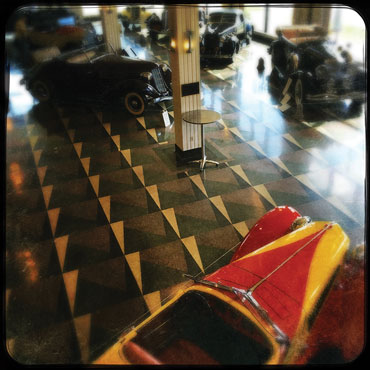 Up at 6 a.m. and the diamond-blue ’78 Lincoln Mark V is spit-shined and bucking for a ride. We’re off again on the Lincoln Highway, westward bound this time, with Indiana in our sights.

The historic Lincoln Highway meanders off of main highways onto country roads quite often, so it’s best to download the map at lincolnhighwayassoc.org before setting off. Look for red-white-and-blue Lincoln Highway signs as you go. (See “Daytripping” in Pittsburgh Magazine’s March issue for our Lincoln Highway East trip, and more about the Lincoln Highway itself.)

Northwest from Pittsburgh we follow the Ohio River for a time through Ben Avon, Glenfield, Conway, Rochester and Beaver before Ohioville signals the looming Ohio border … then through the Buckeye State towns of East Liverpool and Glenmoor before a sudden and necessary stop in Minerva. For nothing stops our car like a giant Jersey cow in the sky. 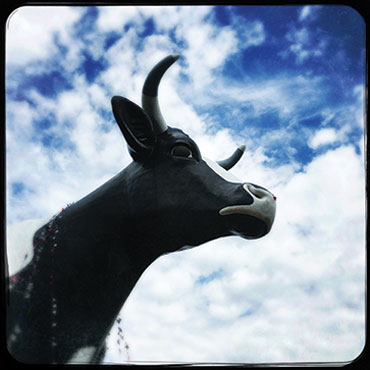 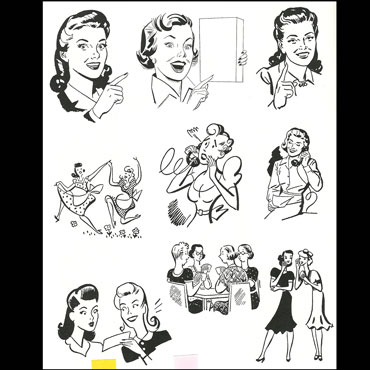 The Minerva Dairy, founded in 1894 by the Radloff family and now run by its fifth and sixth generations, is billed as America’s oldest family-owned cheese and butter dairy.

The Minerva Dairy Amish Roll Butter is rightly famous for its 84 percent butterfat content and rich creamy taste, and the variety of cheeses (chipotle, Colby, hard Parmesan, Minerva lace, Mueller’s Table and smoked options) is worth the trip. The dairy shop is open daily except Sundays. 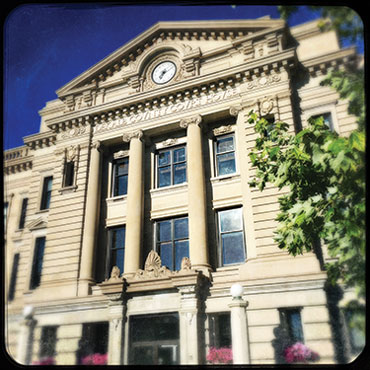 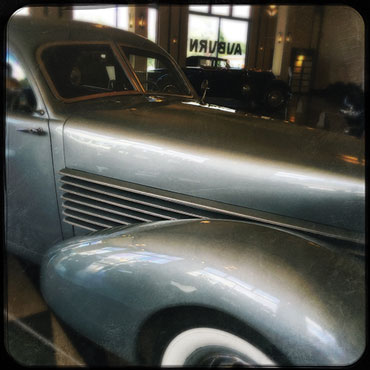 To make up for lost time smelling cheeses, we speed (legally, of course) through miles and miles of cornfields (who knew Ohio grew so much corn?) and head for Indiana and our final destination — the Auburn Cord Duesenberg Automobile Museum.

“Just like any other kid, I was crazy about cars,” wrote E.L. Cord, founder of the Cord Corporation that produced the Cord, Auburn and Duesenberg automobiles. Known for the height of luxury and styling, the expensive cars were marketed to the wealthy in the 1920s and ’30s. Famous Duesenberg drivers included Al Capone, Greta Garbo, Clark Gable, Howard Hughes, William Randolph Hearst and the Duke of Windsor.

Despite the great popularity of the cars, high manufacturing costs and the Depression dealt a lethal blow. The short-lived company filed for bankruptcy in 1937. 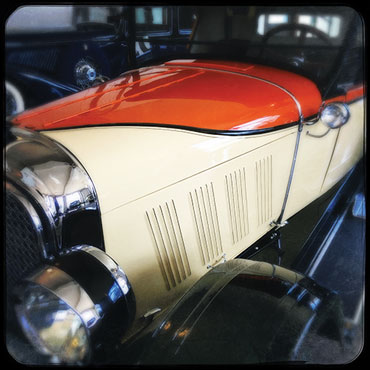 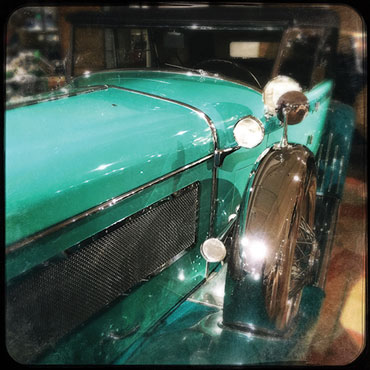 The Auburn-Cord-Duesenberg line of cars is the predominant focus of the museum, with a special nod to the company’s Classic Era (1925-1937). Rounding out the collection are other Auburn Automobile Company cars, other Auburn-made and Indiana-made cars, and cars of special interest that represent excellence in luxury, styling, performance or engineering.

The 1936 Cord 810 Westchester caused a sensation when it was introduced at the New York Automobile Show in 1935. The Cord 810’s celebrated designer, Gordon Buehrig, added hidden headlights, did away with running boards and used a remote-control gearshift. The car’s styling is considered to be one of the top artistic automotive designs of the 20th century, and the museum boasts a beautiful example of the model, the “Moonshadow” — so named because of its distinguished silvery-blue finish and original blue English broadcloth interior.

The building itself is a wonder of art-deco design, meant to reflect the grandeur of the Auburn Automobile Company’s line of luxury cars. The company’s magnificent showroom (with terrazzo floors and hand-painted ceiling), executive and general offices, design studios and sales and engineering departments were housed here and are fully restored with surviving furniture, design models, drafting tools and personal items. 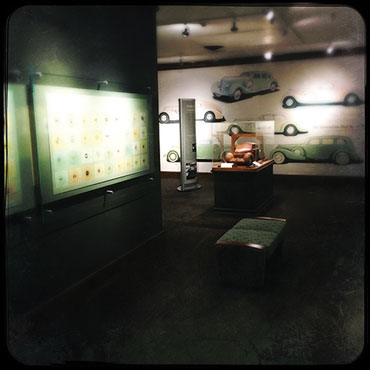 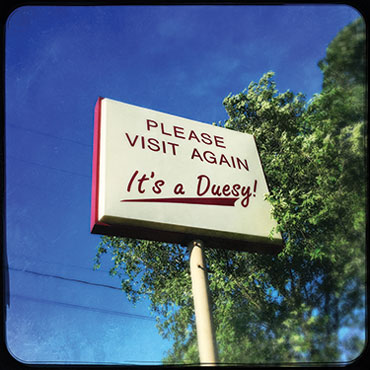 (left) Auburn-Cord-Duesenberg Design Studio/ (right) Some believe the term “It’s a Duesy” (alt. “It’s a doozy”) was derived from the Duesenberg’s reputation as the height of style and quality.

Attesting to the company’s dedication to the pinnacle of styling, the designers’ gallery features dozens of original hand-drawn speedometer faces and wheel-center caps. The building was placed on the National Register of Historic Places in 1978.

Still reeling in luxury, we leave the museum and stop at the nearby Brown House for some good bad food (pizza burgers, fried banana peppers and a cherry Coke) and head back home on the Lincoln Highway.