Daytripping: Chili and Pie on the Lincoln Highway

Hi there neighbor, goin’ my way, East or West on the Lincoln Highway? Hi there, Yankee, give out with a great big thankee, you’re in God’s country. –– Harold Arlen, E.Y. Young, “Babes in Arms,” 1939 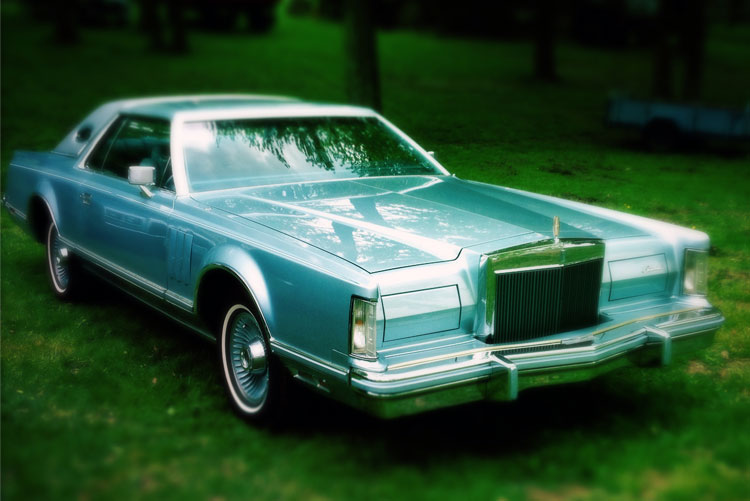 Only 5,159 Diamond Jubilee editions were produced by Ford; at the time, its final sticker price — about $22,000 — made it the most expensive of all American cars. And it’s our ride along the Lincoln Highway.

For one doesn’t simply drive along the Lincoln Highway — one motors. Preferably with lambskin driving gloves and a lightly scuffed portmanteau. In its time, the Lincoln Highway was the route to be seen on for those cruising between New York City and San Francisco. It was the nation’s first coast-to-coast highway, established for members of the rising middle class with a new automobile in the garage and time on their hands.

The grand idea for the Lincoln Highway sprang from the mind of Henry Joy, president of the Packard Automobile Co., and Carl Fisher, who also envisioned the Indianapolis Motor Speedway. The American auto industry began to explode in production and profitability in the early 1900s, and cars became more affordable for Average Joe and Jane. Fisher, an architect, saw the need for better roads for these cars to use; he and a group of visionary businessmen from the auto industry formed the Lincoln Highway Association in 1912.

In concept, the Lincoln Highway would improve and connect previously existing roads with newly constructed highways. When it was completed, it stretched 3,389 miles. Americans no longer had to depend on unreliable rail schedules for travel. They took to the road with style and a sense of adventure to see the vast country all on their own.

Along the Lincoln Highway, businesses popped up to refresh travelers with hot meals, warm lodgings and cold booze. In those days before high-speed driving, the highway scaled mountains instead of tunneling through them; the route was picturesque if not exactly efficient. Between Pittsburgh and Gettysburg in Adams County, towns boomed with new business, erecting hotels, gas stations, eateries and taverns to welcome thirsty travelers. 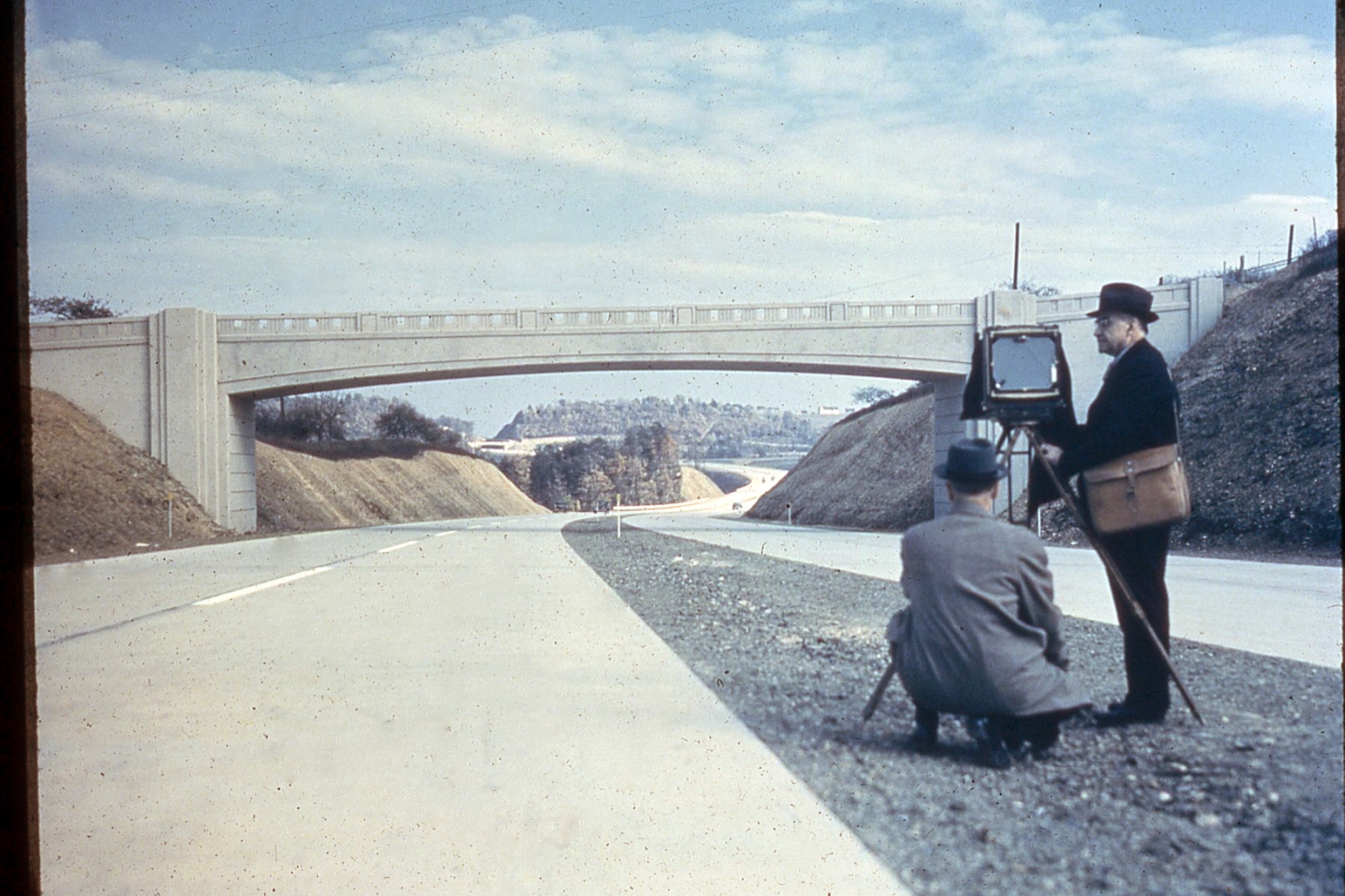 But when the Pennsylvania Turnpike came along in the 1940s to provide a quicker, easier route across the state, travelers in a hurry took the speedy turnpike instead. Some towns all but disappeared. Others reinvented themselves to capture motorists seeking nostalgia.

Yes, you can still motor along the Lincoln Highway. In fact, start on Penn Avenue, Downtown, and you’re there. Head east out of town and pick up Route 30 (Ardmore Boulevard) in Forest Hills and just keep going. (When the Federal Highway Administration instituted a system of numbered highways in 1925, previous name designations were eliminated. In essence, the Lincoln Highway became a portion of Route 30 in much of Pennsylvania.)

Looking for a short trip to escape the city, we decided on a jaunt to Gettysburg — about 185 miles. We would avoid the turnpike altogether and stay on the Lincoln Highway, with the lightly scuffed portmanteau packed for an overnighter. Our goal would be quick stops to find the best chili and pie along the way, because that’s how we roll. (There are multitudes of roadside attractions, but we’ll save that theme for our Go West: Lincoln Highway edition this summer.)

Once outside Pittsburgh, we drive through Irwin and Greensburg and take our first stop in Latrobe at the Lincoln Highway Experience museum. It’s a great place for an introduction to the Lincoln Highway, with artifacts and photos from the road’s history. 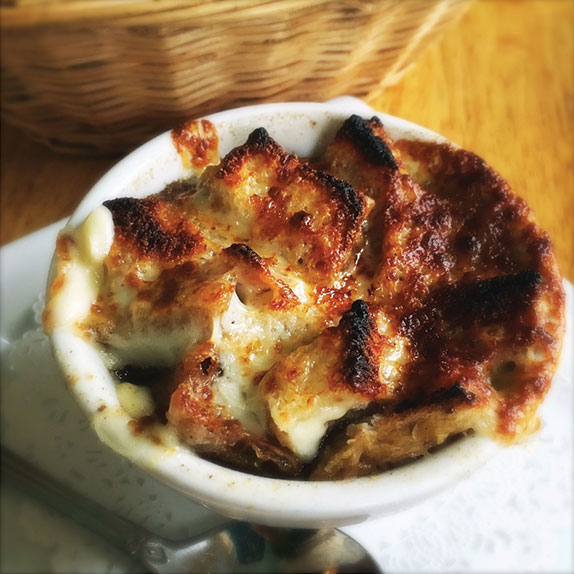 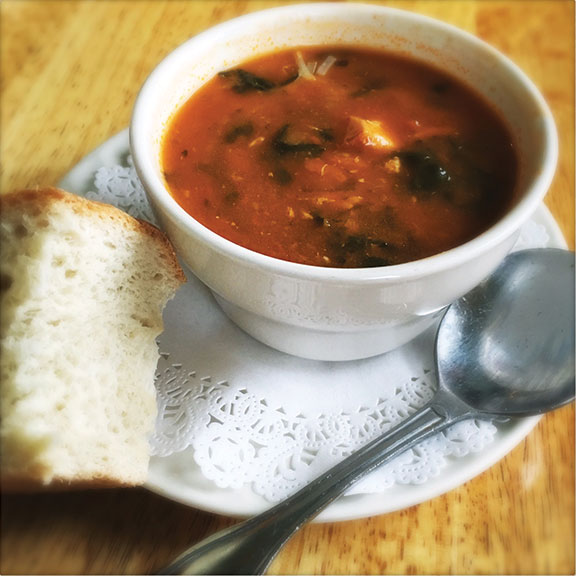 It’s a short drive from there to Ligonier, where we stop at the Ligonier Tavern. No chili that day, so we detour to the soup menu. The tomato and chicken soup is hearty and filling, courtesy of asiago cheese; the French onion soup, from a 20-year-old recipe and topped with Wisconsin brick cheese, is perfect for a winter day. The chocolate-peanut butter pie is a gooey delight, and the coconut cream pie — light with toasted coconut and raspberry sauce — would make Granny proud. 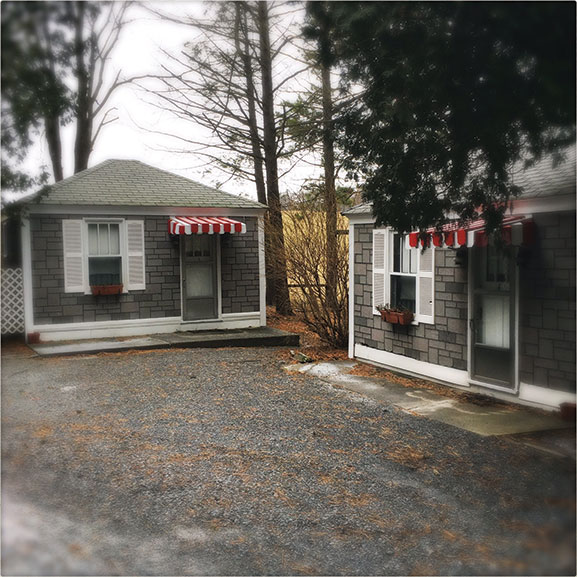 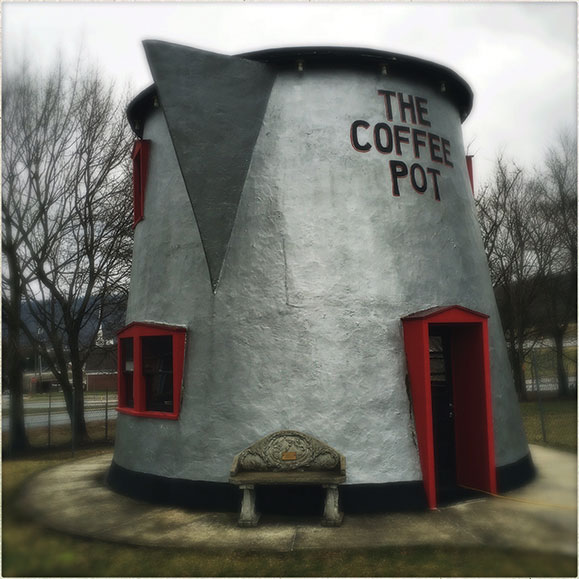 Back in the Continental Mark V, we motor through Laughlintown, Jennerstown, Boswell, Stoystown, Buckstown, Central City and Schellsburg before the Lincoln Motor Court in Manns Choice catches our eye. We make a reservation for the night, with a promise to return. 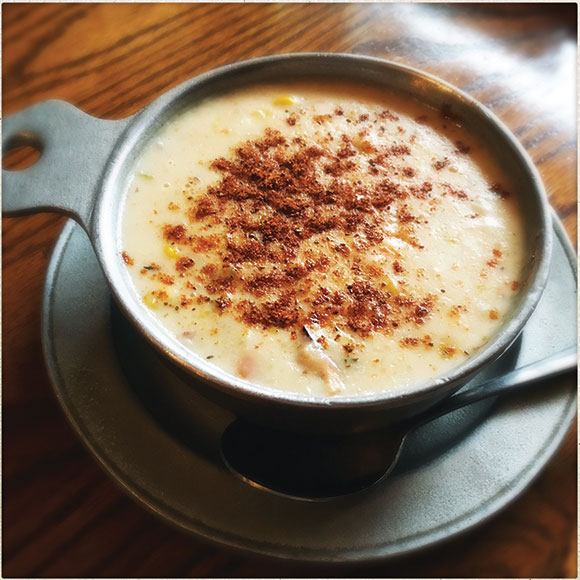 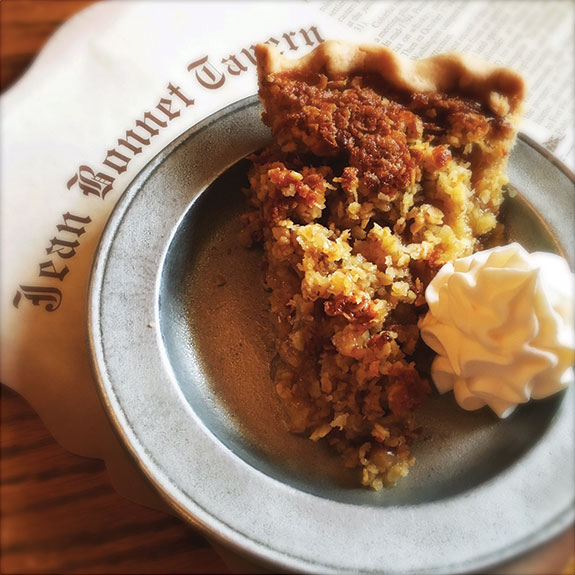 The Jean Bonnet Tavern in Bedford is our next eatery. Again, no chili on the menu. But the stuffed-pepper soup features sweet bell peppers with ground beef, tomatoes, rice and seasoning — delicious. The crab and corn chowder is creamy and sweet, and wins Best Soup of the Day. In the Best Pie of the Day category, it’s Jean Bonnet’s oatmeal pie. If a pecan pie and a warm oatmeal cookie had a love child, it would be this pie. It’s hard not to storm into the kitchen and bury my face in the pan.

Back in the car and onward through Everett, Breezewood, McConnellsburg, Fort Loudon, Chambersburg, Fayetteville, Cashtown, McKnightstown … by the time we reach Gettysburg, we’re two hungry bearded men demanding chili and taking no guff about it. The Pub & Restaurant in the main square complies, and we down the chili con carne (kidney beans, chunky tomatoes, black angus beef) and the vegetarian spicy 4-bean chili (melted pepperjack cheese, onions, jalapeños) with minimal conversation. Each is topped with a sourdough pretzel braid, eaten so fast it’s barely chewed.

Fat and grumpy and smelling of cumin, we pass on pie and head back through a light snowfall to the Lincoln Motor Court. Built in the 1930s, it’s the only original motor court in continuous operation on the entire Lincoln Highway, coast-to-coast. We arrive late, but our gracious hosts have left the gas heater on in Cottage 12. It’s tiny but comfortable, and we fall asleep thinking we’ve gone back in time.

This article appears in the March 2016 issue of Pittsburgh Magazine.
Categories: From the Magazine, Things To Do