The roots of rock are on reverb loop at the Rock and Roll Hall of Fame and Museum in Cleveland. 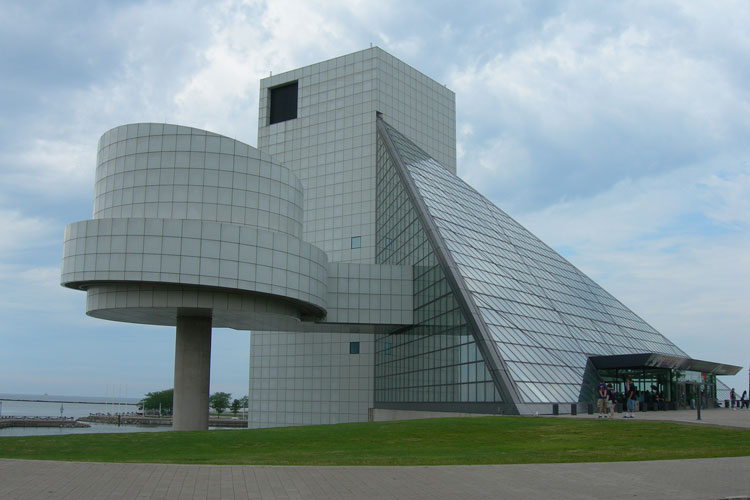 I.M. Pei, a god of modern architecture, designed the Rock and Roll Hall of Fame and Museum. Rising 162 feet into the air above Lake Erie, the building is a marriage of bold geometry and dramatic facade with more than 55,000 square feet of exhibition space. 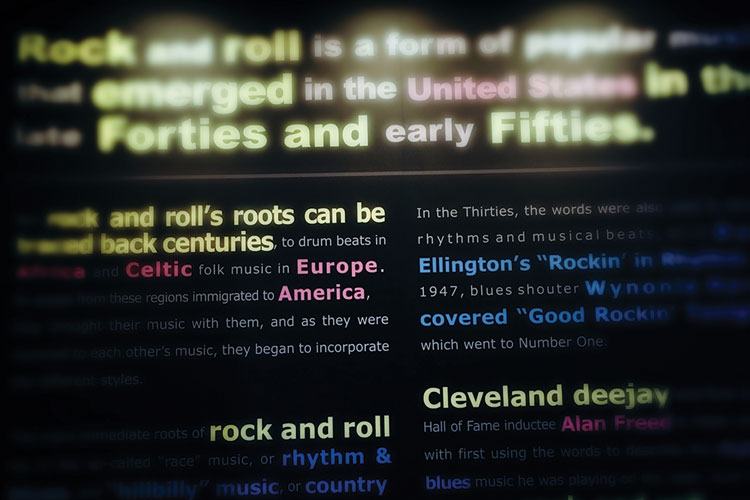 Skinny jeans, Nine Inch Nails T-shirt, black high-tops, tattered denim jacket. I can’t breathe, and I’m freezing. But I’m ready to run through the Rock and Roll Hall of Fame and Museum. Why run? The joint is open for 7 1/2 hours, and I’ve got rock artifacts to see.

The ticket taker doesn’t mistake me for Henry Rollins, so I have to buy a ticket just like everyone else. 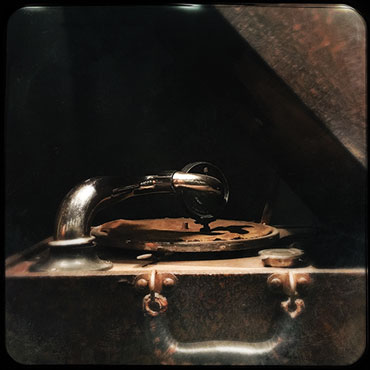 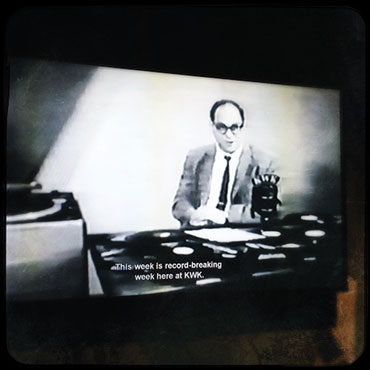 “The Roots of Rock” in the Stewart Gallery is a great place to start. Rock’s roots in blues, gospel, R&B, country, bluegrass and folk are explored here, and you can listen to artists’ archival recordings from the early 20th century and even see some of the clothing they wore on stage. From a 78-rpm Vocalion “Race Record” (i.e. music marketed to African-American people) of Pine Top Smith’s “Pine Top’s Boogie Woogie” to a concert dress worn by Wanda Jackson, the mementos are almost close enough to touch. 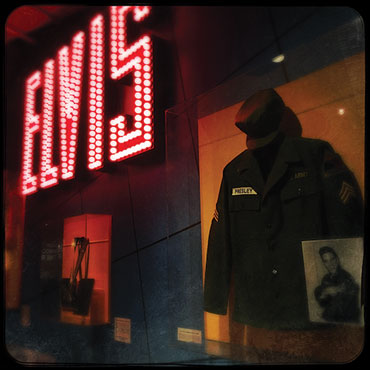 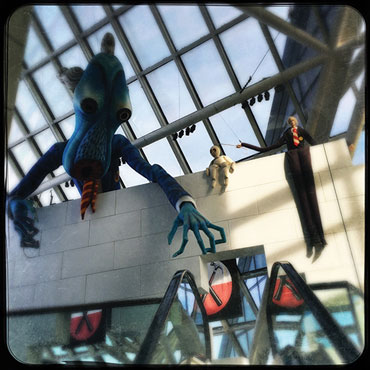 From there, see the Elvis exhibit and exclusive film and then move forward in time to exhibits covering Cities and Sounds; Legends of Rock and Roll (The Beatles, The Rolling Stones, Jimi Hendrix, The Doors, U2, David Bowie, Michael Jackson, The Who, The Supremes and more); Dick Clark’s “American Bandstand”; Architects of Rock and Roll; rock videos; and a special film and exhibit showcasing the 2015 Hall of Fame inductees (Paul Butterfield Blues Band, Green Day, Joan Jett & the Blackhearts, Lou Reed, Stevie Ray Vaughan & Double Trouble, Bill Withers, the “5” Royales and Ringo Starr). 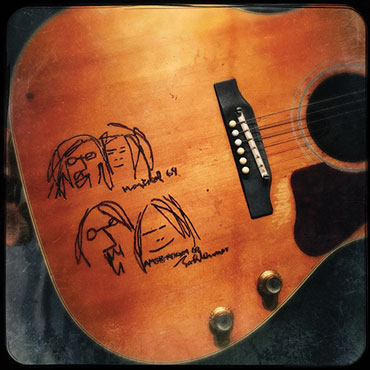 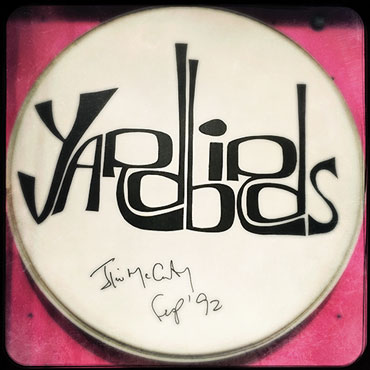 I have a fascination with artists’ guitars. To see the actual instrument a rock legend played is like seeing Da Vinci’s paintbrush. The Hall of Fame has hundreds of instruments on display; favorites include guitars played by Elmore James, T-Bone Walker, Johnny Thunders (New York Dolls), Joe Strummer (The Clash), Dave Ellefson (Megadeth), Bruce Springsteen, John Lennon, Joan Jett, The Edge (U2) and a sitar from Robby Krieger (The Doors). Even better are original, handwritten music sheets from Chuck Berry (“School Days”), Norman Whitfield and Barrett Strong (“Papa Was a Rollin’ Stone”) and Ronnie James Dio (“Holy Diver”). 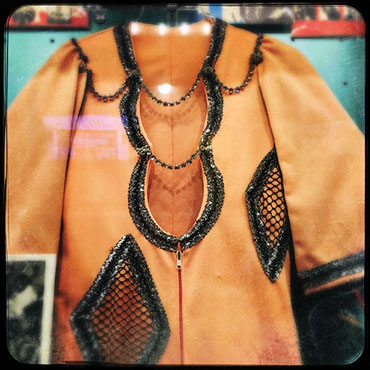 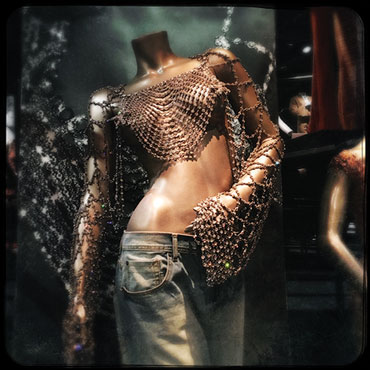 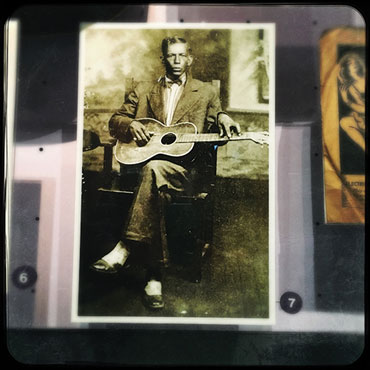 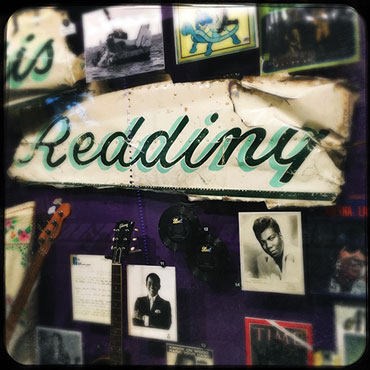 Items from Janis Joplin’s life include several of her scarves and an invitation to her funeral. Nearby is a telegram sent by Malcolm McLaren to Sid Vicious’ mother after his death by drug overdose. A striking photo of Charley Patton (c. 1929) shows the “Father of the Delta Blues” playing his guitar with the modified left-hand chording configuration favored by self-taught blues musicians in the early 1900s. In 1967, Otis Redding and four members of his band, the Bar-Kays, died in a plane crash; parts of that plane are on display here. 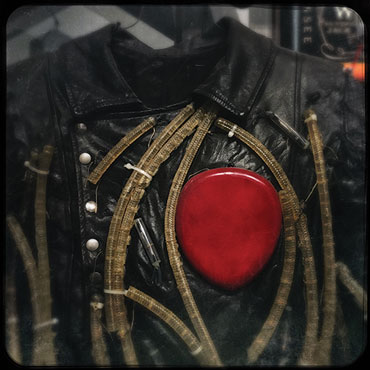 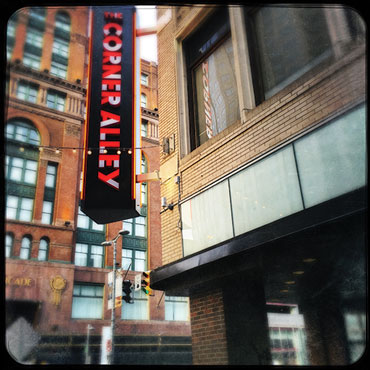 To continue the rock-roots theme, we try two restaurants in the city’s fun East Fourth Street district. Stonetown plates up Cajun-inspired fare such as fried crawfish, shrimp and lobster fritters, buttermilk-fried chicken with red-velvet waffle and “Low Country Gritz,” and catfish po’boy. The peach cobbler is sweet and crunchy and perfect. A few steps away is the Cleveland House of Blues, where we sampled the spicy jambalaya. We walk across the street to finish our Day of Rock at The Corner Alley for beer and bowling and leave much too tired to trash the hotel room.

This article appears in the April 2016 issue of Pittsburgh Magazine.
Categories: From the Magazine, Hot Reads, Things To Do