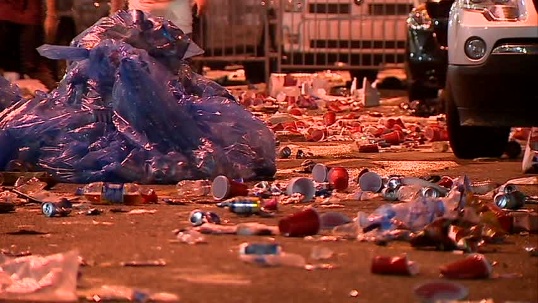 In an attempt to avoid a repeat of 2013, tailgating hours will be restricted for Saturday’s Kenny Chesney concert at Heinz Field.

The country star’s concert two years ago resulted in a mountain of trash and controversy that included 73 arrests and at least 10 large fights.

After more trash was left behind following last year’s Luke Bryan concert, Mayor Bill Peduto declared that "The continued trashing of our city has to stop."

To that end, the Mayor’s office Wednesday detailed a number of restrictions for Saturday’s big show.

Parking lots open at 1 p.m. — three hours before gates to Heinz Field open (at 4 p.m.). Passengers in all vehicles entering the lots must also have concert tickets.

Due to safety concerns, authorities recommend that boaters do not “raft” or tie boats together on the rivers.

From 8 a.m. until 1 p.m. Saturday the following streets will be closed:

The following streets will remain closed throughout the day:

And in case you are planning some awesome selfies inside the concert, you'll have to leave your selfie stick at home.

The Mayor’s office says similar safeguards will be implemented for other major concert events on the North Shore this summer, including tour stops by Taylor Swift and the Rolling Stones.