David Shribman: Not a Jagoff

When last we were together, I was ribbing Pittsburgh Post-Gazette Executive Editor David Shribman for having the audacity to ban the word jagoff from the print and online editions of the newspaper. He was not a fan what the word sounded like and decided it had no place at the esteemed periodical, despite the word's generations-long history in our local vernacular.

So I did what any respected writer would do. I mailed him a "Jagoffs Make Me Stabby" shirt, the proceeds of which go to helping local kids with cancer. I included a note: "Your move. PittGirl."

And wouldn't you know it, Mr. Shribman, sense of humor in tow, came out to play! 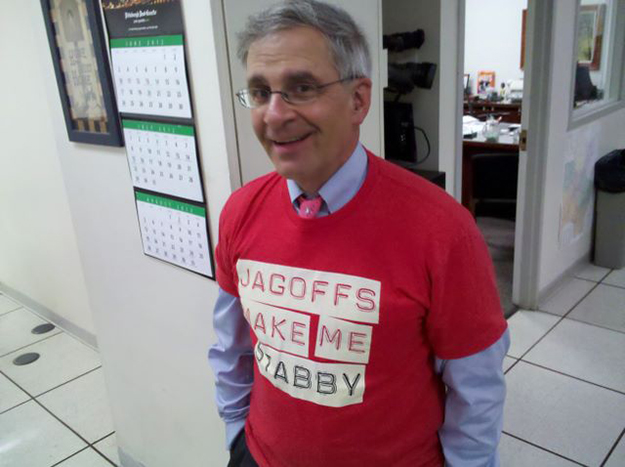 Regardless of his erroneous opinion of the word, and the ill-advised banning of it, I think we can all agree that David Shribman is most certainly NOT a jagoff.

This article appears in the July 2012 issue of PittGirl.
Categories: PittGirl