Date Night: Learning to be a Better Butcher

Forget dinner and movie — here are 5 ideas for a fun, non-traditional evening out in the ’Burgh. 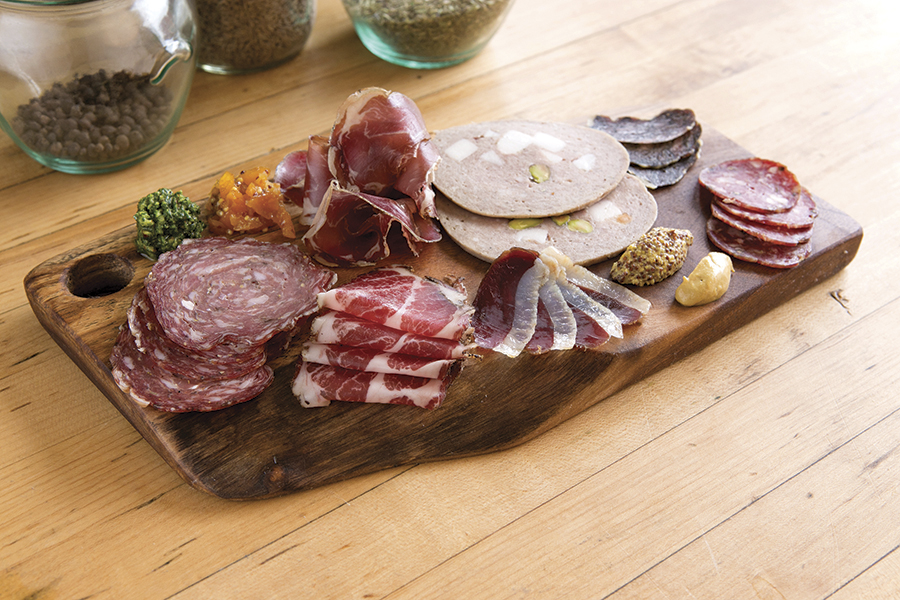 There’s a bona fide way to sharpen your carnivorous appetite in the city.

Students holding the knives include everyone from culinary pupils to older women and groups looking for a social opportunity. While the “more approachable” lessons on butchering smaller animals could change students’ kitchen routine, Costa says, the larger animals are an adventure. 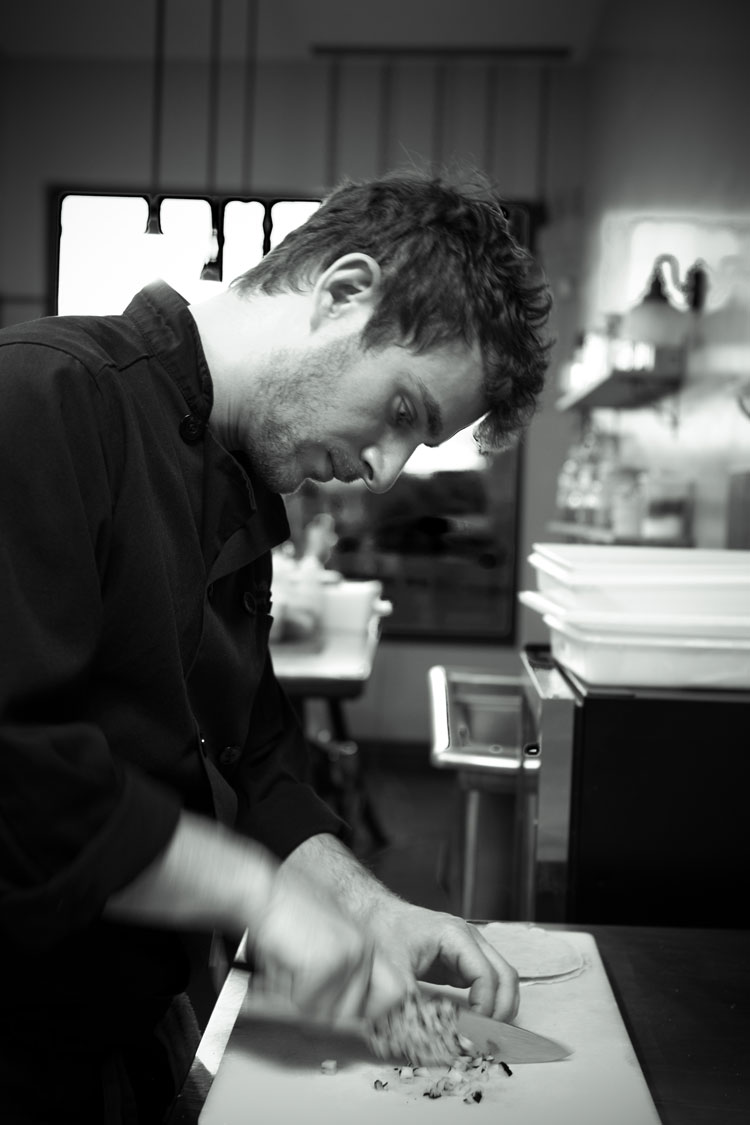 “How many people are truly going out and buying half of a pig? I assume not many,” Costa says. “I usually try and cook something so they can try it … I think a lot of people are just skeptical without having given it much of a shot,” he adds, emphasizing the importance of making stock.

As for the lesser-digested organs, some students find butchery a springboard for tricking spouses or kids into eating a heart or liver.

“I assume most people aren't going to go home and saute up a pork heart,” Costa says, adding that liver is the “most aggressive flavor.” “It also has the most stigma around it — liver and onions kind of gets a bad rap.”

Improvisation is just as core to the classes as cooking.

“As the class goes, and I just kind of ad lib,” he says, “I might mention a way or two that you won't necessarily know it’s in the dish, or minimize that flavor so its not the predominant.” 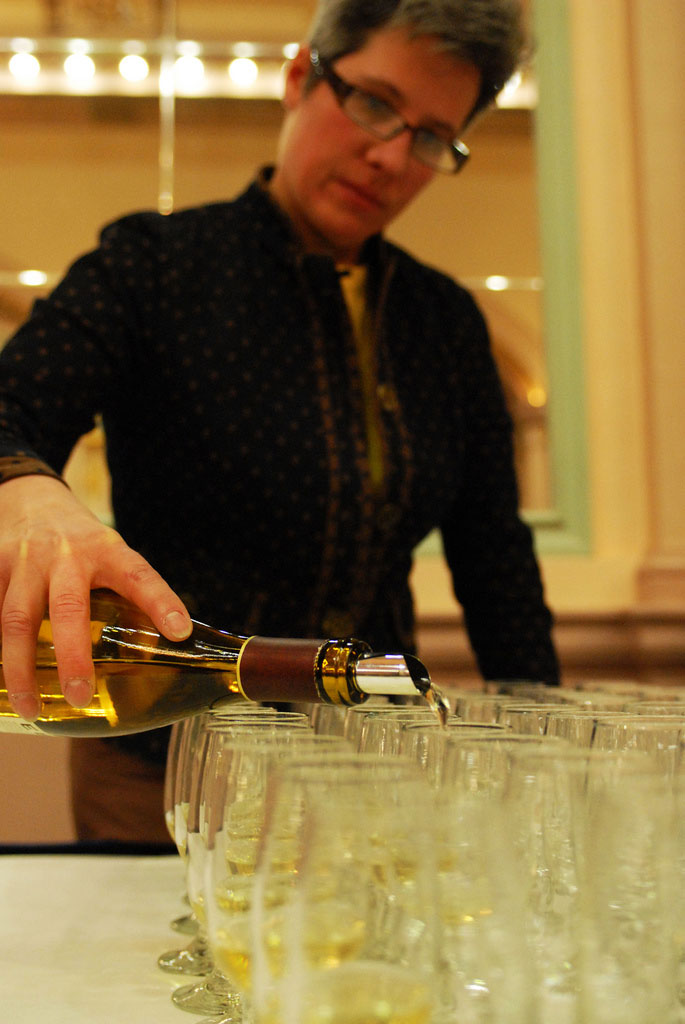 You may have sipped variations of vino such as chardonnay and pinot grigio, but do you know your acid from your umami?

Dreadnought Wines in Lawrenceville offers classes and tastings for wine and cheese connoisseurs and dabblers alike. Classes vary by topic from South African or Austrian wine to a recurring first and third Casual Friday.

Students raising a glass include corporate clientele who “don’t want to look bad in restaurant situations,” experimental 20-somethings or older generations critiquing their relationship with wine, says wine and spirits educator Rob McCaughey. “I’d be lying if I said there was a rhyme and reason to it.”

“It’s one of those scenes that has suddenly become seems to have become popular with people again,” McCaughey says.

Feeling like you could conquer the world one crushed grape at a time? Shoot for membership in the worldwide 100 Century Club, a badge of honor for trying 100 different varieties. 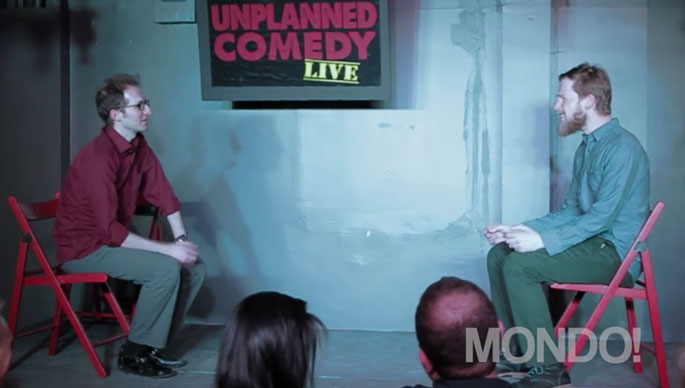 If you’re sitting around with a belly hungry for laughter, stand up to comedy.

Unplanned Comedy in Lawrenceville is a sketch and improv performance and training center for writers and performers.

Students attending class range from those who are in their 20s to 60s or couples professing “strength in numbers,” says owner Woody Drennan. Classes advance by level from “Agreement and Game,” “Scene and Narrative” or the “Harold,” a longform variation.

Drennan’s comedic credentials include iO Theater in Los Angeles and the training center of Upright Citizens Brigade, a group that has spawned acts such as Amy Poehler, Rob Riggle and Broad City’s Ilana Glazer and Abbi Jacobson.

“It’s got a great vibe here in this area,” Drennan says of Lawrenceville, “and we have a lot of support here, too. I discovered there was this brand-new growing entity of improv comedy, which wasn't here probably five years ago, found some like-minded people and now it has grown into my own little thing.”

Drennan has observed a roughly 50:50 ratio of female-to-male acts in Pittsburgh, he says, compared to the 20:80 he found in L.A.

“I think that's probably because the best comedians out there are all female,” Drennan says, referencing Tina Fey and Amy Poehler. “Women are discovering a whole new world that they can be part of.”

Getting onstage takes guts, but there’s satisfaction in your own punchline.

“Once you get past this idea that you're going to be judged,” he says, “then you feel a little bit more comfortable, and then you let loose.” 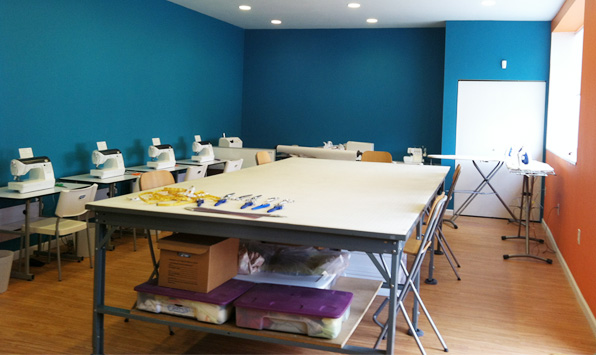 Sew you think you can finagle a needle and thread?

Whether you’re at the novice or skilled level, Cut & Sew Studio in Highland Park offers classes in sewing, pattern-making or creating specialized items for adults, as well as an upcoming summer camp for kids.

The growing DIY movement, in part fueled by Pinterest, has drawn a new crop of people looking to work with their hands, according to studio owner Catherine Batcho. The crowd of adult students often are young professionals, Batcho says, though the ages range.

“It’s the enjoyment that you get from being able to … wear or use something you made,” she says.

Learning to sew and make alterations also can save money, which attracts students, or provide you with the option to custom fit attire without the wait at a tailor.

Some of the more narrow courses include DIY retro apron, yoga skirt or ties and other topics such as zippers, pockets and sleeves. Some students enroll to leave with homemade gifts.

“People really appreciate when you go through the time of planning something out and making it for them … instead of just buying it at the store,” Batcho says. 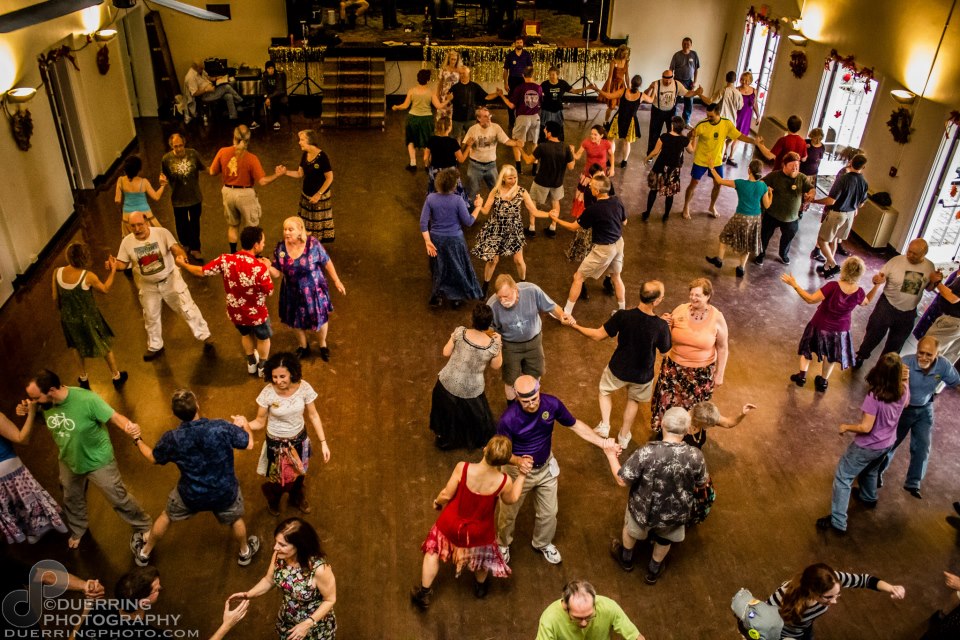 It turns out you can fine-tune centuries-old dance with new music.

The Pittsburgh Contra Dance community meets every Friday at Swisshelm Community Center for a few hours of New England line-dancing. The community has been lining up for more than 25 years and is “open and welcome for old and new dancers and dancers of all types,” says council member Eva Westheimer.

“One of the things that draws me to this dance in particular is the age range and the demographic [range],” says Westheimer, who moved to the city last summer. At the classes, a caller instructs dancers which moves to take, and more practice allows for dancers’ “own flourishes,” she says.

While the dance style has existed since the 18th century, newer genres of bluegrass and folk tunes keep it modern.