Dare to be Different — PittGirl's Better Ways to Use Social Media

You can use social media to change your life and the lives of those around you in a positive way. 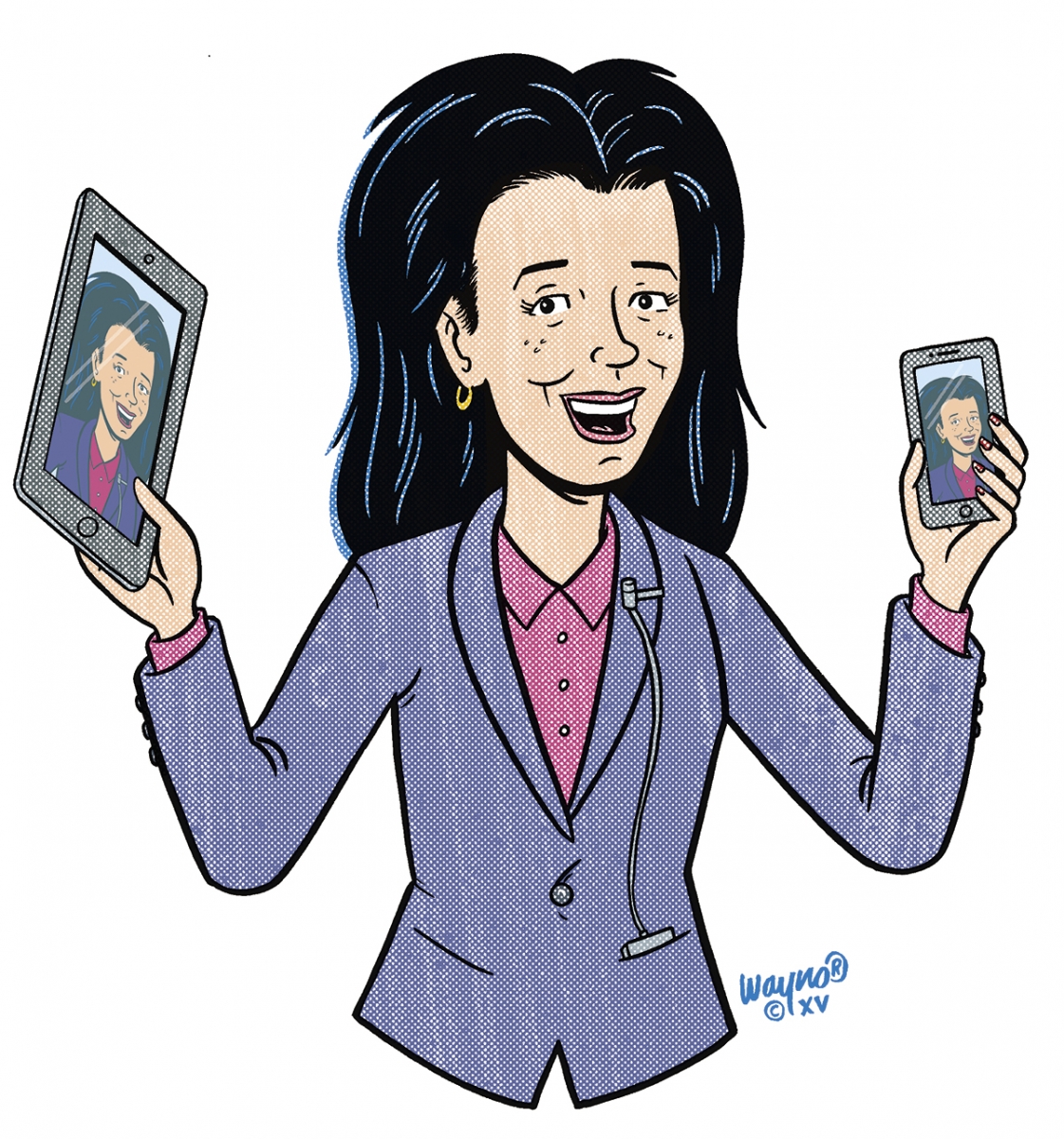 I was an introverted, hearing-impaired, socially awkward mom working for a nonprofit in a cubicle smaller than a twin bed.”

That’s how I described the 2005 version of me to a crowd last year at a Social Media Day event.

Why people invite me to speak at anything other than a pigeon-haters convention is beyond me. I’m a mess. Shy. Quite deaf. I feel at home at a keyboard, but put a microphone in my hand and my brain goes, “This is the worst thing that has ever happened to us. Let’s shake uncontrollably. Let’s stop producing saliva so our lips will curl up and become pasted onto our gums. Let’s talk at 1,000 mph.”

There I stood in front of a crowd that was expecting me to impart some nugget of social-media wisdom. My hands were shaking. My mouth dry, lips curled. My brain frantically ran around my skull looking for the panic room or a comforting jar of Trader Joe’s Cookie Butter.

My social-media story is 10 years old — practically a moody pre-teen. Most social-media stories aren’t even old enough for non-toxic paste. I began listing what had transpired in my life in the past decade, with the caveat that once I got to the end, they would see I wasn’t doing it to brag. Socially awkward, introverted, mostly deaf people don’t brag about themselves — they apologize for themselves. It’s how our panic-room-hunting, saliva-sucking brains are wired.

But I ticked off the facts — millions of hits on a blog I created on a whim, the front page of the Pittsburgh Post-Gazette when I shut down that blog, the lead story on CNN.com when I revealed my identity only to be fired from my job. I used social media to bring awareness to and help in the rescue of dozens of orphans in post-earthquake Haiti. I used social media to raise more than $60,000 to bring gaming to sick children in local hospitals. I’ve received awards and nominations and plaques. I had a day in Pittsburgh officially named after me. I turned my ridiculous writing about pigeons, politics, potholes and pumpkin-spice lattes into a paying gig.

That sounds a lot like bragging. Again, no. People like me don’t brag about things that happened one to five years ago because we’re too busy cringing at things we did 30 years ago. Such as the time I peed my pants in front of my whole fourth-grade science class and had to spend the rest of the day wearing too-short, colorfully flowered corduroy bell bottoms that the school nurse loaned to me. CRINGE.

My point was and remains this: If a shy, socially awkward, introverted, 40-year-old, hearing-impaired mother of two can UNINTENTIONALLY create and do all of that … you, who probably are not all or any of those things, can, too.

Rage when the UPS man doesn’t show up and you have to wait a day for your new iPhone. When the bus is late. When the Post-Gazette writes about a famous local chef and doesn’t spend 1,000 words shooting rainbows, sprinkles and praise up his apron. When you disagree with the opinion of a magazine columnist regarding a deer cull to the point that you call her names and demand that she be fired. (I may be speaking from experience on that.)

Social media has devolved into a rage outlet, with legions of users sitting at their keyboards waiting for the next thing to be mad about.

But I believe Pittsburghers can rise above that.

I believe we can use our social-media presences to build new things rather than to tear down all those unimportant things that had the audacity to disappoint us. I believe we can take our big hearts and our neighborliness from the real world to social media.

Because I did it, I believe you, too, can use social media to change your life and the lives of those around you in a positive way, if you make the effort to do it. If you stick with it. If you save your rage for the things, people, platforms and oversights that truly NEED your rage.

Such as when Trader Joe’s is out of Cookie Butter.

This article appears in the May 2015 issue of Pittsburgh Magazine.
Categories: From the Magazine, Hot Reads, PittGirl