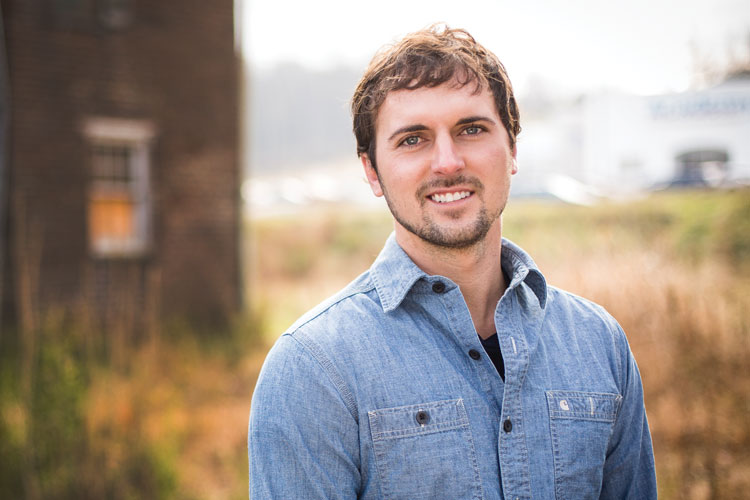 Daniel Grady Faires — designer, contractor, furniture builder and the star of HGTV.com’s “DanMade” series — is known for his ability to meld elements of indoor and outdoor living in his projects.

A native of Arkansas, Faires graduated from the University of Arkansas with a degree in biology. He worked in medical sales for several years in Gulfport, Miss., where he helped to rebuild shattered structures after Hurricane Katrina ravaged the region in 2005. That work spurred his professional transition to landscaping and construction, as he realized he wanted to pursue those interests full time rather than as side projects.

After moving to Nashville, Faires attended a food-and-wine festival, where he encountered a booth set up by the DIY Network. DIY representatives offered visitors a chance to compete in “Studfinder,” a reality show in which contestants attempt projects and record a short how-to video in hopes of winning a show on the network.

​Faires auditioned and nabbed a slot as one of six finalists. He didn’t win, but he says he did learn a lot about working in television.

About eight months later, Faires auditioned to appear in the fifth season of HGTV’s “Design Star.” He didn’t win that competition either, but he was chosen as fan favorite. That led to hosting his online series, now in its eighth season on HGTV.com. For installments of “DanMade,” Faires records tutorials for DIY projects that use upcycled and everyday materials.

How do you design an outdoor living area?
I think a lot of landscape architects may look at hardscapes first and plants second, but I always look at plants first. I feel that is the backdrop that creates the mood, the environment. That’s wallpaper on the walls — if you can create a lush backdrop of greenery, you can do whatever you want on the interior of the space, whether it is entertaining, dining or cooking.

How do you use plants in a home’s interior?
I always try to bring greenery inside, whether it’s an oversized fiddle-leaf fig in the corner or a stag horn fern hanging on the wall. A lot of people have an issue with taxidermy, but a stag horn fern insinuates the same thing without having an animal head on the wall. It’s alive and it’s green and it’s putting oxygen back into your environment.

How do you characterize your design style?
“Urban Arkansanian”— Urban, with regards to New York; Arkansas, because of my roots; and Scandinavian at the core. A monotone backdrop, a simple design, and then Arkansas comes in with the rustic elements, the warmth, the texture and the greenery and plants.

What brought you to Pittsburgh for a recent visit?
Vangura [Surfacing Products, a Pittsburgh-based countertop company with a design showcase in North Huntingdon] brought me out to launch this new concept called “The Kitchen,” which has seven different cooking stations. They also have this great outdoor kitchen. I’ve been in a lot of showrooms, and this is, hands-down, one of the prettiest ones.