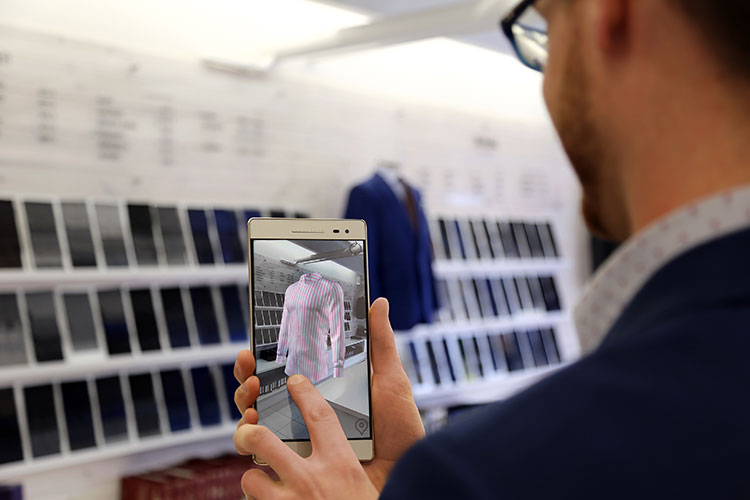 Thanks to some technological innovation, a custom menswear store in Pittsburgh is offering customers a look at their made-to-measure shirts before the thread even hits the needle.

Founded in 2010 by Canadian brothers Francois and Vincent Theriault, Surmesur, which opened its 14th location — and the first in the U.S. — in Pittsburgh last fall, is the first retail store in the nation to use AR in this way, according to the siblings.

Here’s how it works: Using Google’s Tango software, customers are able to view and select from thousands of shirt design options (including custom monograms, buttons and collars) on a handheld tablet.

They’re then able to view in real time a 3D avatar of the shirt design, as well as rotate the shirt 360 degrees and zoom in on the details. 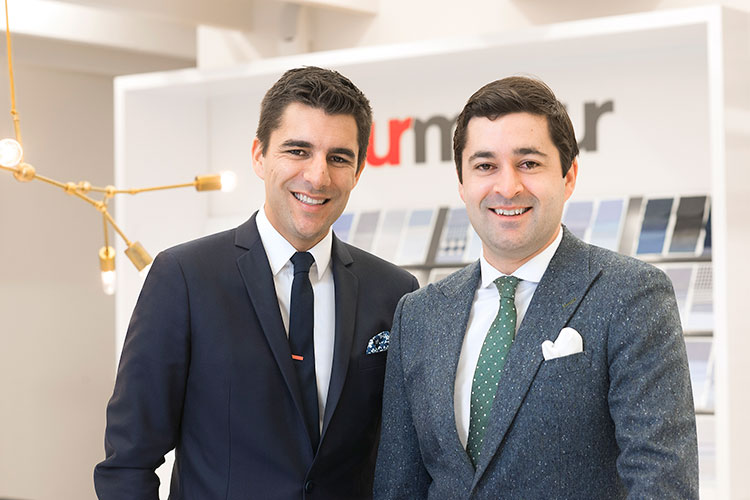 “This totally transforms the shopping experience,” François Thériault says. “Because all of our clothing is made to measure, there is no finished product to try on before you place your order. Until now, we could only display a two-dimensional rendering on our in-store computer screens. With customizable augmented reality, it’s almost like having the shirt you’ve designed right in front of you four weeks before it’s actually been made.”

If you’ve never heard of augmented reality, it’s related to, but somewhat different than, virtual reality.

The technology, which swept the nation last summer with the release of Pokemon Go, superimposes a computer-generated image on the user's view of the real world.

Basically, when users view their surroundings through a smart device, virtual objects (like Pokemon — or the shirt you just designed) appear on it. 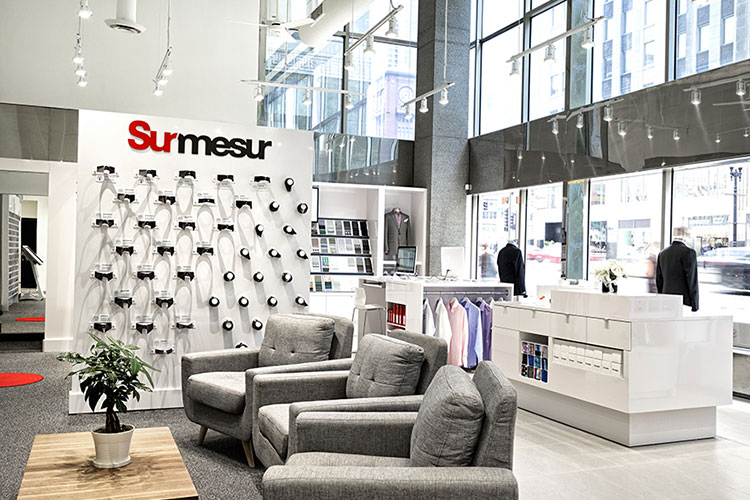 While Surmesur, which means “custom” in French, is on the cutting edge of technology, other aspects of the store remain decidedly old-fashioned.

Surmesur’s suits are made to measure according to the customer’s tastes and preferences. Specialists are on hand to guide customers throughout the design and fitting process. which otherwise, with more than 8,000 fabrics to choose from, could be overwhelming.

Once designed, it takes about four to six weeks for customers to receive their shirts. Prices start at $60 for a shirt and $375 for a suit. ​