How the brilliant inventor Nikola Tesla left his mark on Pittsburgh. 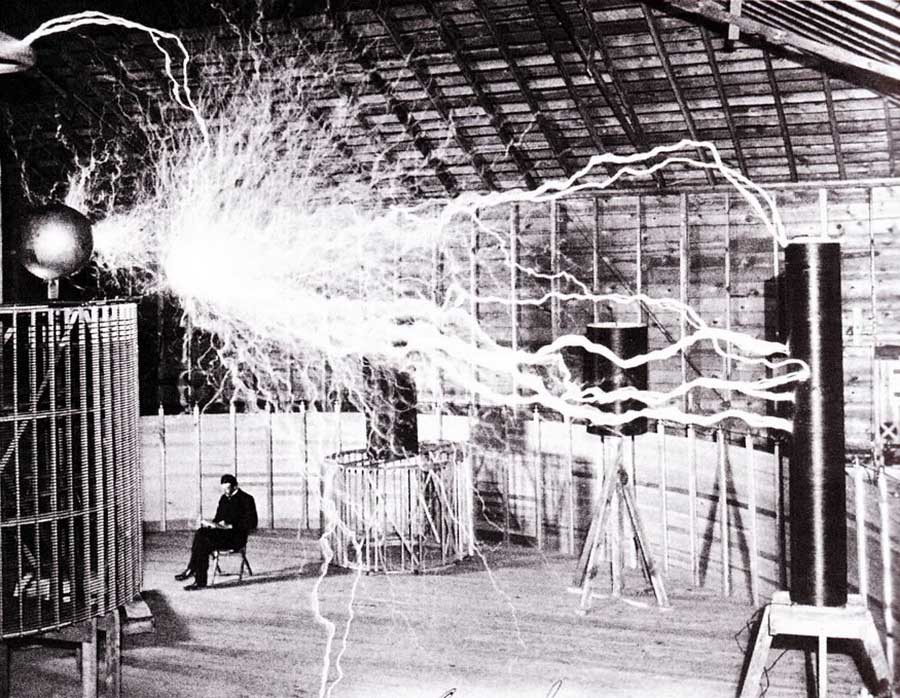 In 1888, George Westinghouse convinced Nikola Tesla to come to Pittsburgh for $2,000 a month.  The brilliant Serbian inventor had just figured out how to make an induction motor that worked with the kind of alternating current that Westinghouse was championing for America.

A Serbian born in what is now Croatia, Tesla immigrated to America in 1884 with a reported four cents in his pocket. He worked briefly for Thomas Edison (who favored direct current in his electricity), but Tesla judged Westinghouse to be the superior thinker in what was known as “The War Of The Currents.”

When Tesla, then 32 years old, was here, he probably knew downtown best. Westinghouse Electric was located at the corner of Duquesne Way and Garrison Place. He lived in the best accommodations he could find nearby: The Metropolitan, The Anderson and the Duquesne Hotels. One biographer, Marc J. Seifer, said, “Hotel living would become a lifestyle that [Tesla] never departed from.”

He was perhaps the greatest inventor of the late-19th and early-20th centuries, creating initial breakthroughs in radio, neon and fluorescent lighting, as well as the birth of computer technology, wireless transmissions and robotic devices. Pittsburghers remember his work with a bust in the lobby of Newell-Simon Hall at Carnegie Mellon University, a small statue in the headquarters of the Serb National Federation on Penn Avenue and a bell tower beside the Old Stone Church in Monroeville.

If you’d like to revisit the brilliant investor’s career, the Serb National Federation is presenting a free lecture on Tesla’s work Nov. 1 at 7 p.m. in the Yugoslav Room in the Cathedral of Learning at Pitt. Details are available at snflife.org.

This article appears in the November 2012 issue of Pittsburgh Magazine.
Categories: Rick Sebak