Lucyna de Barbaro and Ayres Fritas are opening their ultra energy-efficient duplex in Squirrel Hill to the public. 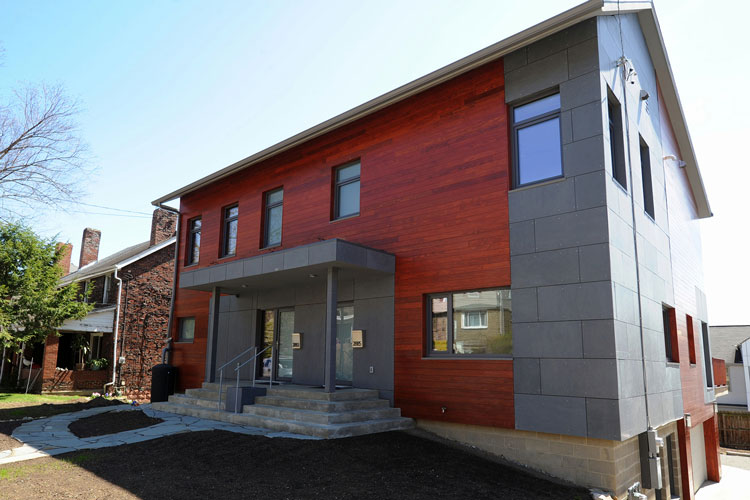 The concept of passive houses, which are extremely well-insulated, energy-efficient dwellings, originated in Germany in the 1990s and are becoming increasingly popular across Europe.

While the movement has yet to take strong root in the United States, the number of passive houses being built each year is on the upswing. Among the handful of passive houses in the Pittsburgh area is a recently completed duplex owned by Lucyna de Barbaro and husband Ayres Fritas.

The couple, whose desire to reduce their environmental footprint led them to build their passive house on a former double vacant lot in Squirrel Hill, will open their home to the public Thursday as part of a tour sponsored by the Green Building Alliance.

"I see the movement growing and I’m very inspired by the people and the environmental cause," says de Barbaro, who adds she plans to continue to host tours of her home in the hopes of educating the public further on the passive houses.

The event, which includes light refreshments, takes place from 5:30 to 7 p.m. The cost is $5 for GBA members and $15 for non-GBA members.

The homeowners will be on hand during the tour to answer questions, share their experience in building a passive house and talk about the materials used to construct it. 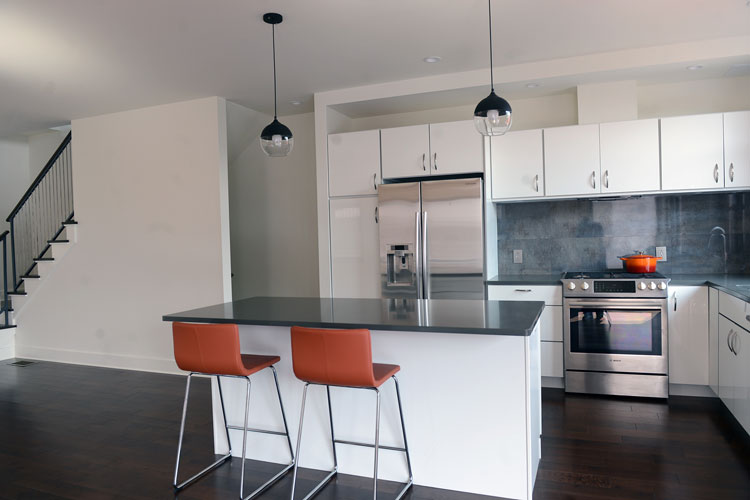 The home, which is in the final stages of achieving the rigorous Passive House Institute US certification, features a green roof and permeable pavement. It was built with resilient and environmentally friendly materials. For example, the outside of the house is clad in sustainably harvested Accoya radiata pine, acetylated for durability, and cement-fiber siding.

Underneath that is a layer of mineral wool and other materials that dramatically increase the home’s insulation.

The home took a little more than two years to build, de Barbaro says. One of couple's biggest challenges was finding a builder to construct the home to the tough passive house standards, as well as work with unfamiliar materials. Eventually, De Barbaro says she and her husband undertook the task of acting as general contractors.

"In the end, I think it was worth it," de Barbaro says. "The house is very sustainable. It is a pleasure."

The hallmark of a passive house is its airtightness, which radically reduces heating and cooling costs compared to traditionally built homes. The house also contains a energy-efficient heat pump and air exchanger, which replaces the air inside the home several times per hour, and large, triple-pane glass windows.

Because the house is so well-insulated, de Barbaro says it's easy to tune out the outside world once inside the dwelling's airtight walls. It's one of her favorite aspects of the home.

"The peacefulness of living in this home is pretty amazing," she says.

While de Barbaro and Fritas live on one side of the building, the other side, which went up for sale about a month ago, currently is under contract. It originally was listed on the market for $599,000, according to the Pittsburgh Post-Gazette.

Thursday’s tour includes both sides of the duplex.

To learn more about the tour, or to purchase tickets, visit here.

This article appears in the May 2017 issue of Nest.
Categories: HOME + Design, Nest