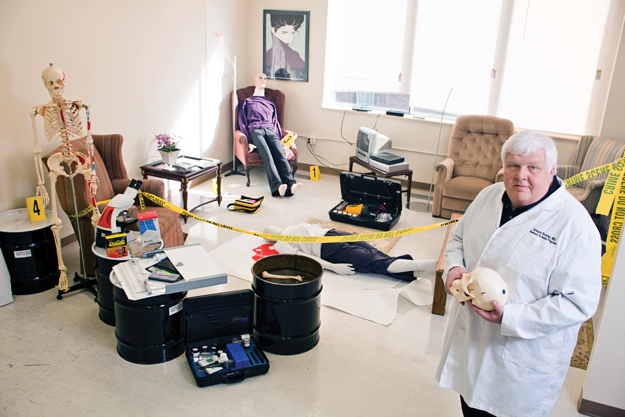 Point Park University's crime scene house allows students to practice forensic science on mock-ups of CSI-style mayhem. “We can set up a scene and have them work it or give them a finished report and have them recreate the scene,” says Dr. Ed Strimlan, former chief forensic investigator of Allegheny County, who designed the program. “There aren’t many out there like it.”

This article appears in the February 2012 issue of Pittsburgh Magazine.
Categories: Community Feature