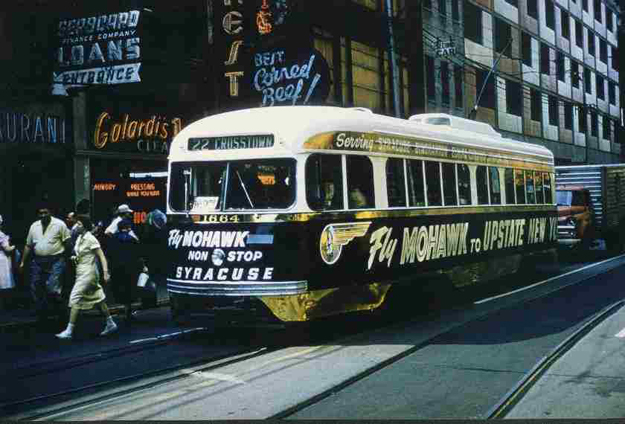 If you're a reader of my That's Church blog, you know I've recently become hopelessly ensnared in the clutches of Pittsburgh history. I'm obsessed with it. What's worse than obsessed? Whatever it is, I'm that.

I can spend hours lost deep in the archive of Pittsburgh images on Shorpy.com — looking at the banks of the Mon in the late 1800s, seeing what buildings were standing, what bridges had been born, and the faces of Pittsburghers of old.

These photos are taken from the site PittsburghTransit.info and are used by permission from the site owner. I cannot encourage you enough to visit the site and see the huge wealth of photos of Pittsburgh's transit history that have been assembled there. I'm sharing with you photos of the Pittsburgh Railways PCC streetcars that ran through the city beginning in 1936.

If you visit the site, you can even see a route map, lots of historical information related to Pittsburgh transit, and photos of Jones Cars, which pre-dated the PCC cars. I know what I'll be doing for the next two hours. But for now, just join me in a trip to the Pittsburgh of old via these photos of "STREET CARS!!!!!!!!!"

This article appears in the March 2012 issue of PittGirl.
Categories: PittGirl