Crime in the South Side Has Fallen Dramatically 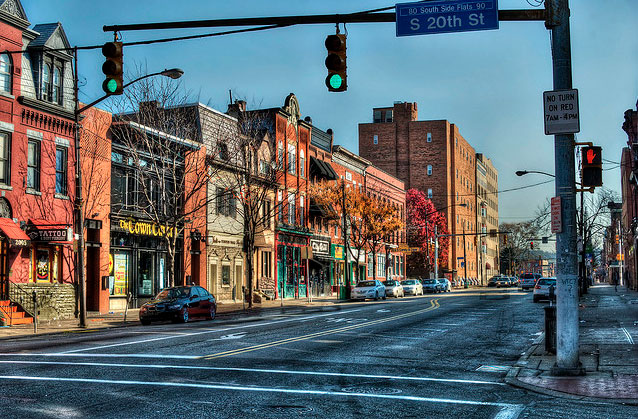 Those looking to grab a bite or down a drink in the South Side’s business district late at night can feel almost 40 percent safer now than they did a year ago.

Allegheny County District Attorney Stephen A. Zappala says that crime has fallen 37 percent in the area around East Carson Street since early 2017, WXPI reports. Pittsburgh’s South Side had the largest number of violent crimes in the city between 2010 and 2014, according to PublicSource.

The plunge in lawbreaking follows several security measures introduced to the area over the past couple years, including a plethora of new security cameras and an increase in weekend police patrols.

Zappala’s office installed 36 cameras along East Carson between 10th and 19th streets beginning in September 2017, according to the Pittsburgh Post-Gazette. The three dozen in the South Side are part of the network of 450 cameras his office has positioned across 75 locations in Allegheny County.

The cameras are equipped with license plate recognition software and are funded in part by forfeited drug money. Besides police, business owners in the area are also granted access the cameras to check for suspicious activity around their establishments.

Recent incidents captured by the D.A.’s cameras in the South Side include footage of a local restaurant owner allegedly stalking a woman who later accused him of sexually assaulting her in her own home. A motorcyclist accused of riding while intoxicated and injuring his passenger and a pedestrian was also filmed.

Cameras are being added in Central Oakland next, WTAE reports. Pitt’s campus police force has agreed to maintain and monitor the new cameras.

City Police have also been running “saturation patrols” in the South Side for the past two years, according to the Post-Gazette. These place as many as two dozen police officers in the area on Thursday, Friday and Saturday evenings.

The city is looking to increase its own battery of security cameras in the South Side, separate from Zappala’s, from 13 to 18, according to the Post-Gazette. There are also plans to install ShotSpotter, a gunshot detection system, in the area.