As PittGirl approaches her 40th birthday, she rekindles her love for Pittsburgh. 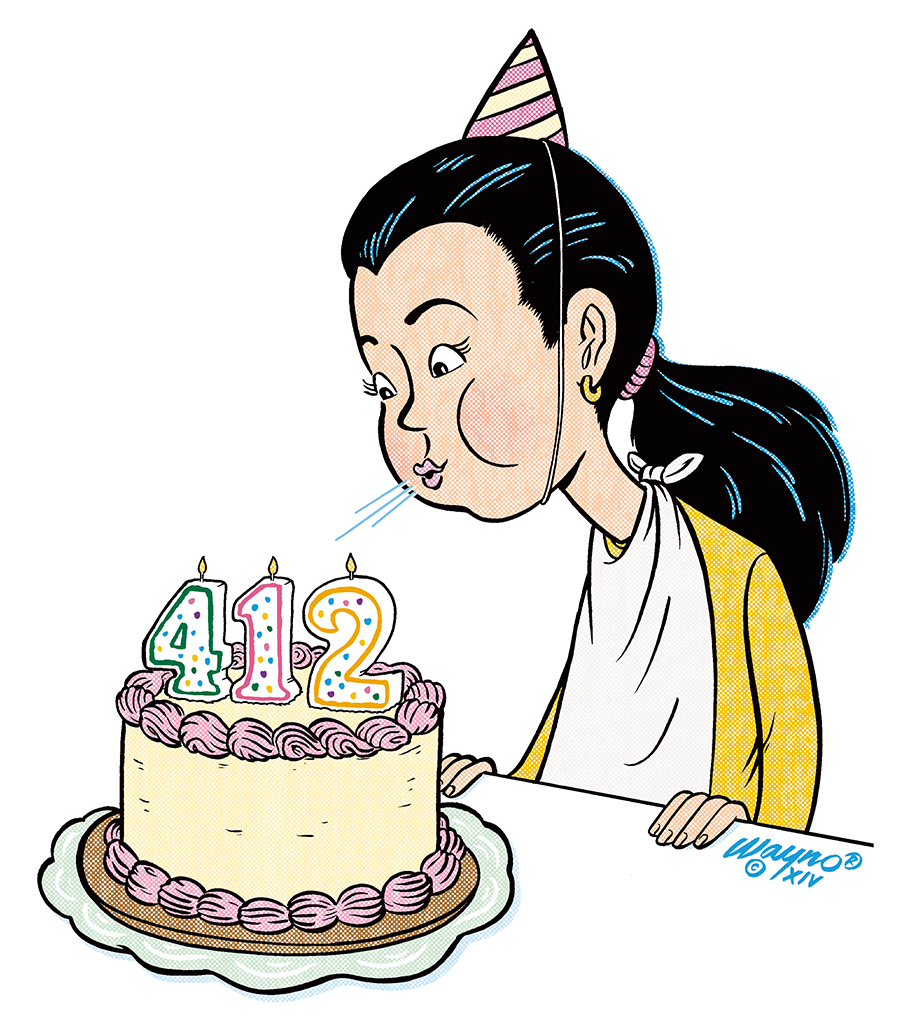 I’m turning 40 this month. Not to make this column all about me, but . . . WAH. I wish I could tell you I’m one of those women who embrace 40. They love it and say, “Forty is the new 25” — or some other lie — as they pluck gray hairs from their hairlines and chins.

I’m no longer a “young professional.” Considering I generally show up to meetings 10 minutes late, in jeans and with Dunkin’ Donuts receipts and half-empty Combos bags spilling out of my purse, I tend to use the term “professional” loosely anyway.

I no longer qualify for the 40 Under 40 awards.

I’m 10 years from having the Nielsen ratings system give up on me because it thinks I’ll watch only “60 Minutes” and “Wheel of Fortune” before I polish off a glass of Ensure and head to bed.

I am officially middle-aged. Mid-life. Half-death.

I no longer can gush about the new hottie on the Pirates, Penguins or Steelers teams without sounding like a cradle-robbing cougar. I’d rather be labeled anything than that. Even a “tunnel-braker.”

I now have two churches. The new one is the wrinkle-cream aisle at Target. The Sunday-paper circular is my Bible, and Olay is my god.

Perhaps worst of all, I’ll have to check off the “40s” box in the age section of my other church’s weekly communicator card. It will be the hardest pen stroke I’ve made since I signed in for my first mammogram.

But as with every roller coaster that sends you screaming into a terrifying abyss, there’s an upside, too: Turning 40 changes how you see Pittsburgh and what you value about it.

When I fell in love with the city, I was 29. My love was focused on the external. It was summed up as, “Look at this beautiful skyline, these yellow bridges over these sparkling waters, these stadiums, these inclines, this fountain. Don’t you wish you lived here, too?”

As I approach 40, I’ve pulled back the curtain to find the true depth of what Pittsburgh means to me, beyond its superficial beauty, and found a more meaningful love for the Steel City.

It’s a love for Pittsburgh’s realness, particularly in its people. One of my sisters now lives in Richmond, Va., and she once mentioned she couldn’t wait to visit home because she was fed up with how fake everyone is in her town. They’re wearing makeup to the bus stop. They’ve crafted façades of perfect lives. They live to impress.

Regardless of residing down South, my sister still is Pittsburgh because my white-collar father raised us with a blue-collar core, as many Pittsburgh dads did. The only way she’s wearing makeup to the bus stop is if there’s a 99 percent chance Brad Pitt will be there.

As a general rule, Pittsburgh’s people aren’t awestruck with your “impressive” self. They don’t care if you look like a million bucks or three cents. They’ll gauge you by your manners more than your Manolos. I love that. I love that we are who we are, and we’re not apologizing for it or trying to cover it up. We’re just . . . Yinz.

Beyond that realness, I love that Pittsburgh is small and thriving. It’s growing but not outgrowing its britches; that means it feels like a friendly community more than a bustling city.

Together, we’ve watched a wilted flower rise up to the sun, thanks to a little TLC. When you’ve helped to take care of something like that, you want to pass it on to your kids so that they’ll grow to treasure it, too. Despite its flaws, Pittsburgh has become a cherished heirloom for me to pass down.

It’s something I can show my kids from Mount Washington and say, “For deeper reasons than you’re seeing right now, I love this city. I’ll teach you to love it because it’s real, it’s honest, it’s worthy — and you can make a difference here. So you’ll take care of it and make it even better when it’s your turn.”

The skyline, rivers, bridges, inclines and stadiums are just the icing on that birthday cake . . . topped with 40 candles.

Praise the ’Burgh, and pass the bag of Werthers.

This article appears in the May 2014 issue of Pittsburgh Magazine.
Categories: From the Magazine, Hot Reads, PittGirl