Cranking Out Old School Valentines Sealed with a Quirk

In Lawrenceville, a love for letterpress leads to a business whose greeting cards reach audiences across the country. 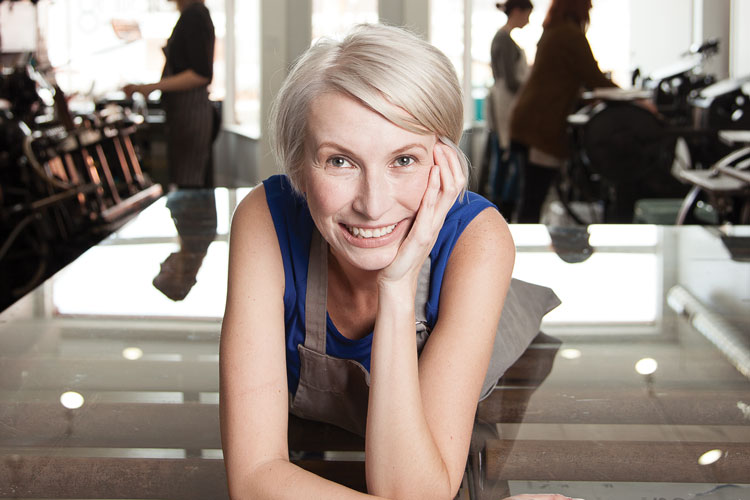 Lisa Krowinski’s Sapling Press cranks out 21st-century sentiments on 19th-century equipment. The rare, old letterpresses in her workshop in Lawrenceville produce greeting cards that are short on text but long on attitude.

“Dear Noah,” reads one bestseller. “We could have sworn you said the ark wasn’t leaving till 5. Sincerely, The Unicorns.”

Crisp and wry is Krowinski’s recipe for a memorable message. Since launching her company in 2003 while working as a graphic designer in Baltimore, she’s reached a national audience that clearly gets the joke. Sapling’s line now ships all over the United States, via Etsy and major retailers such as Madewell and Paper Source. 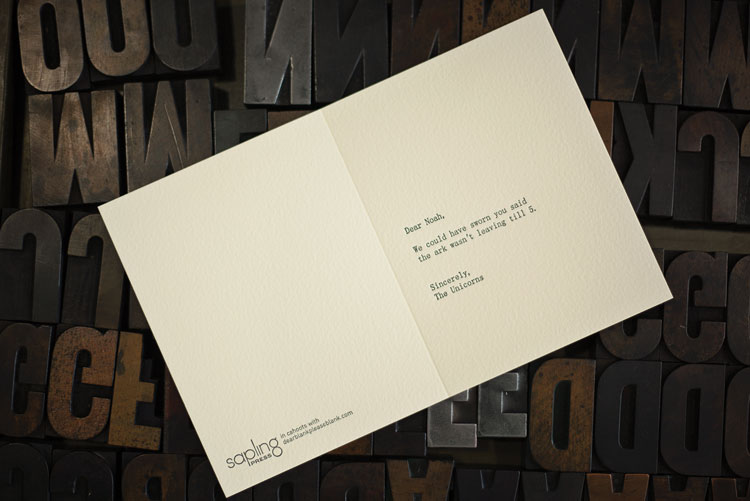 Each month, the shop ships more than 30,000 cards (look for them locally at The ArtSmiths of Pittsburgh in Mt. Lebanon, Nota Bene in Aspinwall, Wildcard in Lawrenceville and Krowinski’s own year-old retail store, Sapling and Sons in Beaver).

​Krowinski, who calls her business a “snail-mail supply company,” says the perfect contemporary Valentine blends pop-culture references with observations tailormade for the recipient. “What I’m looking for is a card that says to the recipient, ‘This is so you,’” explains the 41-year-old entrepreneur.

“I love you like Kanye loves Kanye” resonates with his eye-rolling fans; an older couple recognizes themselves in a reference to a romantic evening of Netflix. “You want that true slice of life — the observation that captures their personal style,” says Krowinski. “I’m a curator for those taglines. People might put something on Twitter that goes viral, or I see something written a few years ago and think, ‘That would make a great card.’” 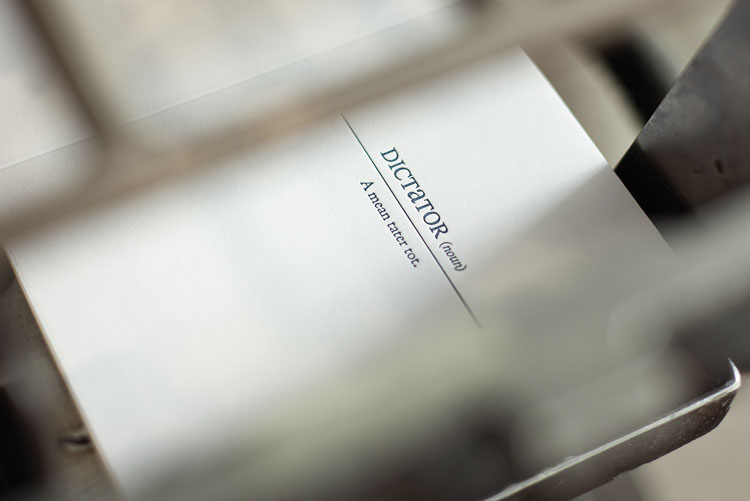 Her first commandment: Every message must provoke an immediate, laugh-out-loud response. While at home in Mt. Lebanon or commuting to work, she streams Spotify comedy shows to prime her imagination. Concepts like chair aerobics may percolate for months before debuting as punch lines on the cards she writes with collaborators across the country.

​Krowinski gauges response to new lines from Sapling’s Instagram comments. “Social media takes cards and gives them a life of their own. It’s easy to forget it’s a real product you can buy in a store. But a card is something tangible. It says, ‘This is just to make you happy.’” 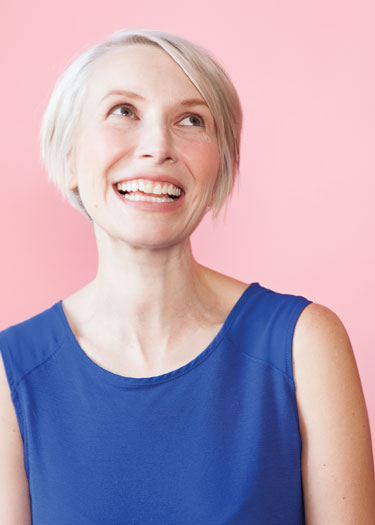 ​Krowinski, who grew up in New Brighton, says she also looks for old-school inspiration. Her collection of old postcards was scavenged from thrift shops — Antique Emporium in Beaver Falls is a favorite. “People used to write in beautiful penmanship! I love that,” she says.

Typography has fascinated her since childhood. Letterpresses made a more recent impression. She purchased the oldest of Sapling’s five presses last year on the South Side. The 1899 Chandler & Price model, weighing in at more than 1,000 pounds, is a reliable workhorse.

“We use it everyday. There are no computer chips. You see it work: This part’s gonna hit this, this is gonna hit that,” she says. Her workroom on Butler Street is lined with 20 drawers of antique type.

On Krowinski’s own Valentine list: husband Bill Krowinski, owner of Bootstrap Design, and their sons, Casper, 9, and Keller, 8. This year, she plans to celebrate Valentine’s Day by reprising last year’s whimsical “Love on the Run” party at her store in Beaver. “We invited people to hand-type a love letter on one of our old manual typewriters,” she explains. Dozens of the messages were inserted into small glass bottles and hand-delivered to the recipient on Feb. 14. During the event this year, Krowinski says she’ll also tap out a note to each of her sons to insert in their valentines, too.

“My boys are at the phase when they’re first getting something in the mail,” she says. “When they had their birthdays in November, they loved it. They couldn’t open them fast enough.”

This article appears in the February 2016 issue of Pittsburgh Magazine.
Categories: Community Feature, From the Magazine, Hot Reads