This Pittsburgh couple is using their engagement photos to raise awareness about one of their most passionate causes. 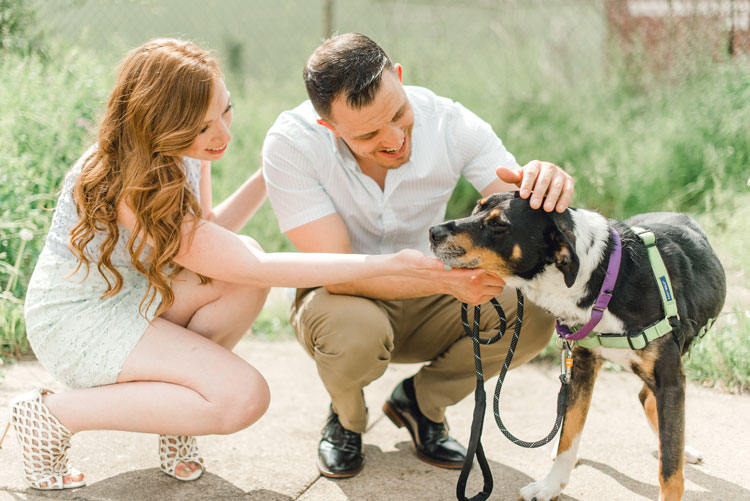 Engagement photos nowadays often feature pets. Couples constantly take their furry family members — most often dogs — out for a chance to feature the beloved animals in the announcement of their upcoming marriage.

With the help of Melissa Smith, the associate director of marketing at Humane Animal Rescue League, Shannon set up a shoot with photographer Dawn Derbyshire in a rundown lot across from the East End location of the the shelter. Standing in the tall grass, Shannon, Ryan and three pups — Loki, Tina and Panda — posed for the afternoon shoot.

“It looked like we were in a park,” Shannon says. “The dogs were rolling around and so happy to be outside.” 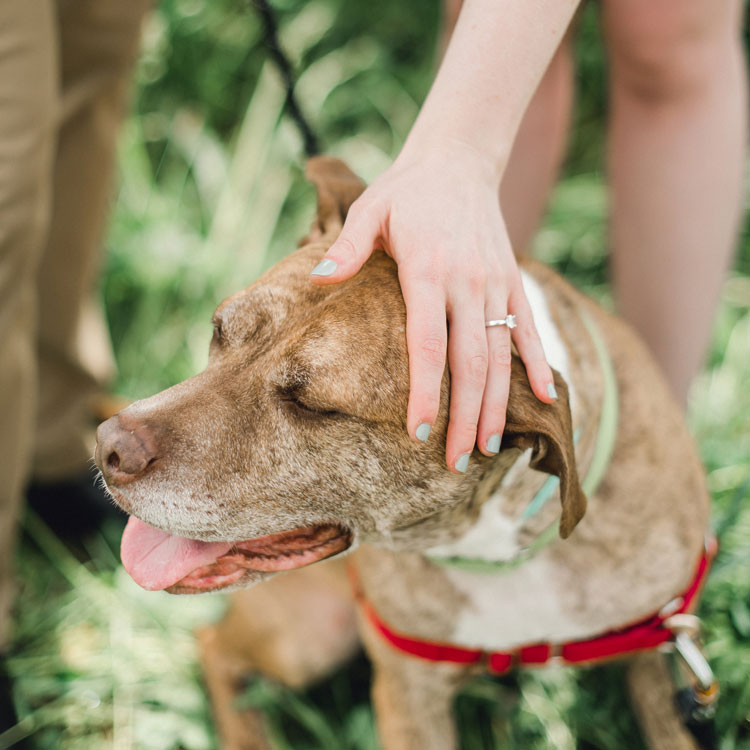 Derbyshire, who has rescued pets herself, captured many adorable photos of the couple with the dogs. Though she currently has no vacancy for another pet, Derbyshire donated a spay and neuter for a dog at the shelter after the photo shoot.

After posting a sneak peek of the photos on her Instagram, Derbyshire received a message from a follower saying that she had been so inspired by the couple’s shoot that she went out and adopted a dog.

Also inspired by the couple was Lee Ann Boersma of AtHome Beauty, who did Shannon’s hair and makeup for the session. After reaching out, Boersma received donations for the shelter from three local pet stores and two Petcos. After adding a few donations of her own, Boersma gave the shelter a large bin of toys and treats on the day of the shoot. 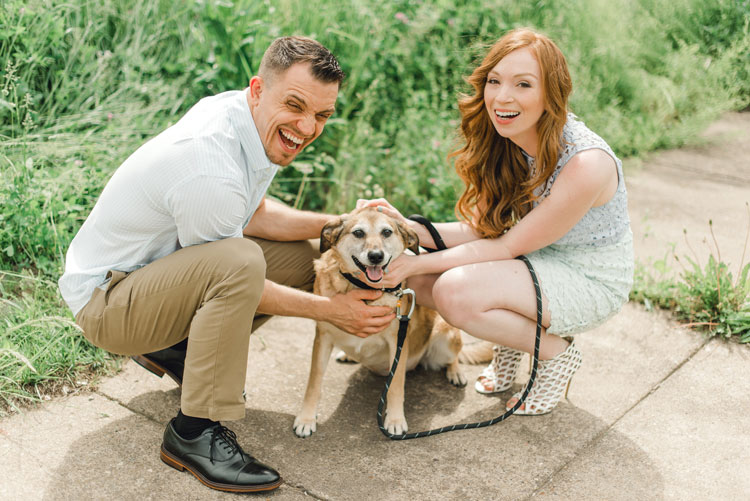 Shannon selected dogs who had been at the shelter the longest or were the oldest. Loki, Panda and Tina were well-behaved, knew commands, posed when given treats and were ecstatic to be out of the shelter.

Loki, a boxer cross breed, is the longest tenured resident at the shelter. Shannon describes him as mischievous and eager to give kisses. His adventurous and energetic spirit would make him a good family dog. Loki had just returned from a short vacation in foster care.The shelter tries to get dogs out to keep them happy and positive when they seem to be feeling down.

Panda, a medium-sized Appenzeller Mountain mix, is another good family dog and a perfect partner for outdoor activities, especially hikes. Shannon notes that he was becoming sad in the shelter.

“[Panda] just kept looking at me like, ‘Why doesn’t anybody want me?’ It broke my heart,” Shannon says.

Thankfully, Panda has found a home since the photo shoot, according to the Humane Animal Rescue League website.

The last dog of the day, Tina, is the oldest resident in the shelter. The 10-year-old mix is a sweetheart who still has some spunk. She is very chill and would be happy being a relaxed companion for her owner.

Though only dogs were allowed out for the shoot, Shannon made it perfectly clear that many animals need adopted. Shannon and Ryan love cats, but the shelter doesn’t allow cats to go outside. Shannon also noticed they had an abundance of turtles, and she wants them all. Really, she wants any animal she can get her hands on.

“Goats, chickens, anything we can legally have in the city,” Shannon says. The couple is even considering adopting Tina after they move into their new home in Brookline. 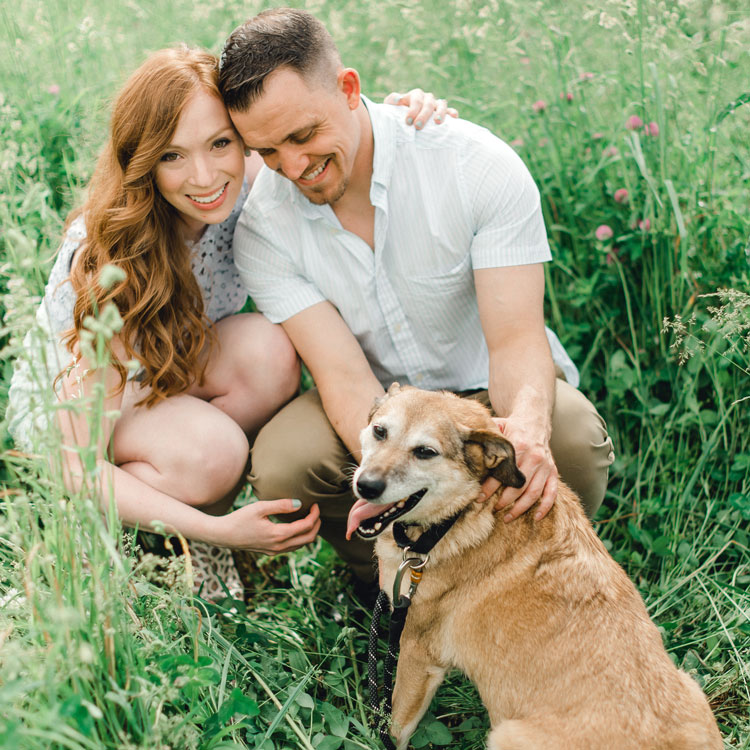 Shannon and Ryan’s mission is not done. The photos will be featured at their wedding on Sept. 8, and a friend is creating a logo for their cause. Shannon hopes to include information on how to adopt on the back of their programs at their ceremony in Heinz Memorial Chapel. At the reception held in Soldiers and Sailors Memorial Hall, the money collected from the dollar dance will be donated to the Humane Animal Rescue League.

Boersma thinks this type of photo shoot will open a new door to engaged couples. “It was something fun and different,” she says. “We know these sessions often look the same.”

Not only did the session look different but it also felt different. Having a cause behind their engagement photos made the shoot mean so much more to Shannon and Ryan.

“[The session] went even better than I thought,” Shannon says. “Plus, I got to play with puppies all afternoon.”

More information on the animals available for adoption can be found here.