Could Pittsburgh Have an MLS Team in the Next 10 Years?

A new partnership between the Pittsburgh Riverhounds and MLS powerhouse Houston Dynamo could mean big things. 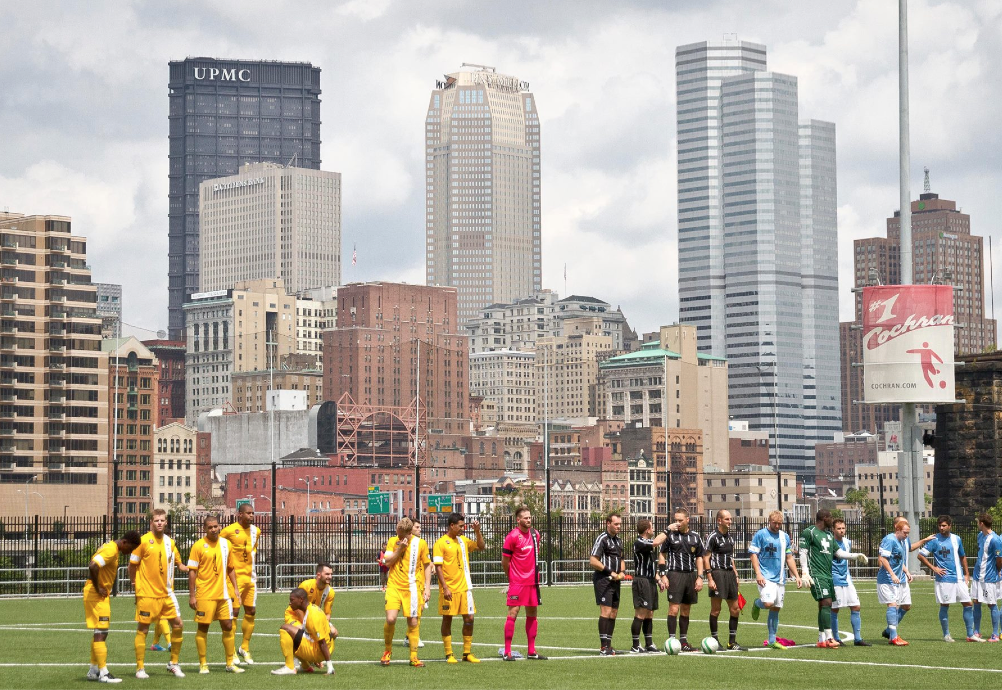 Photo courtesy of the Pittsburgh Riverhounds

Late on Sunday night, while you were watching “The Walking Dead” or Peyton Manning’s second-half meltdown, you were missing unbelievable scenes in the northwest. Portland, Pittsburgh’s hipster kinfolk, is a bit nuts about soccer. So much so that 22,000 people packed Jeld-Wen Field for the MLS Western Conference Finals matchup between the Portland Timbers and Real Salt Lake. And they never sat down. For 90 minutes, the Timbers Army stood and sung their hearts out, transforming the Pacific Northwest into a cauldron that could rival anywhere in Europe.


It was impossible to watch the electric atmosphere without thinking about the beautiful riverfront perch of Highmark Stadium. Could Pittsburgh ever become a futbol town?

That impossible dream just got a lot closer to reality. Today, the Pittsburgh Riverhounds announced an affiliate partnership with the Major League Soccer powerhouse Houston Dynamo. Essentially, the Riverhounds will act as a minor-league club for the Dynamo. Houston will now be able to send a minimum of four players to Pittsburgh for a season of training and development. 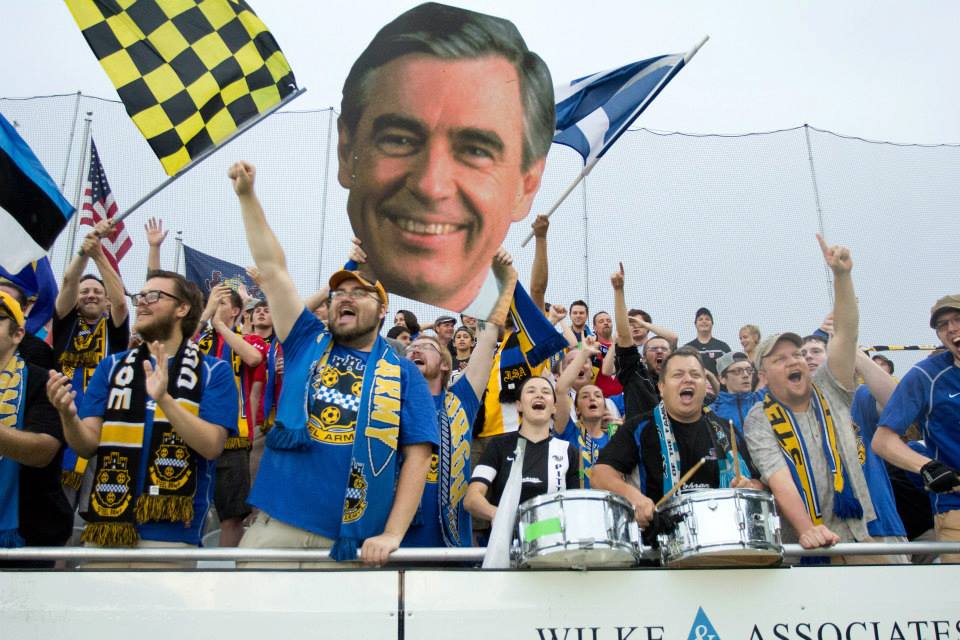 The Riverhounds already have a dedicated fan support group called the Steel Army.

The Riverhounds currently play in the USL Pro league, which is the third tier of American soccer leagues under the North American Soccer League and the MLS. There are innumerable hurdles standing between Pittsburgh and a future MLS franchise, especially the low 4,000-seat capacity of Highmark Stadium. But this is a significant step in getting the city on the radar of the soccer world.

Look, we’re already anticipating a round of ice-cold Haterade in the comments. Of course futbol will never replace football in Pittsburgh. But this city is changing. Watch the video of that frenetic Portland crowd and then look at the stunning skyline view from Highmark Stadium and tell us you’re not intrigued.