Cookie Table Contest Winners and Runners Up: A Taste of Pittsburgh

Cookie tables are wonderful things in and of themselves, but more and more couples choose to go above and beyond. 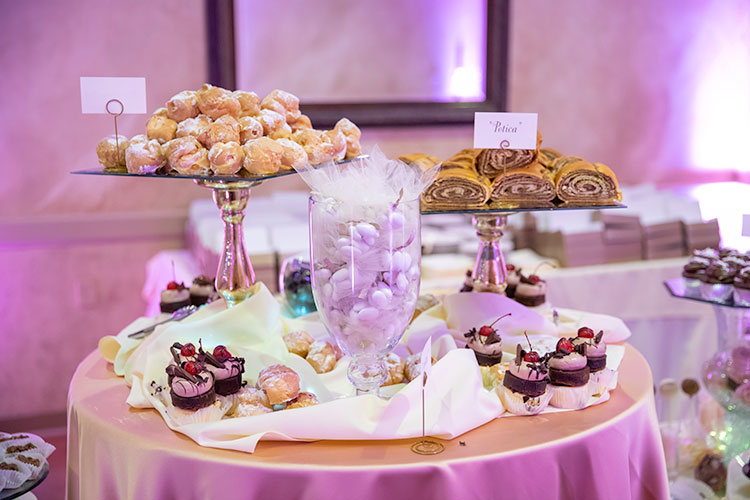 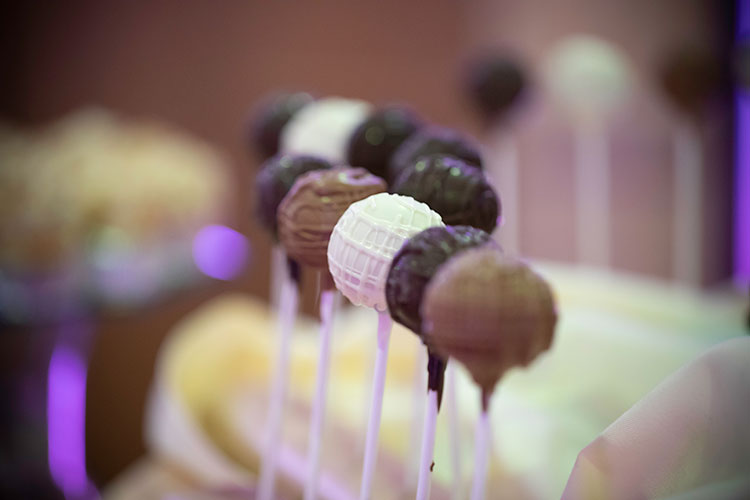 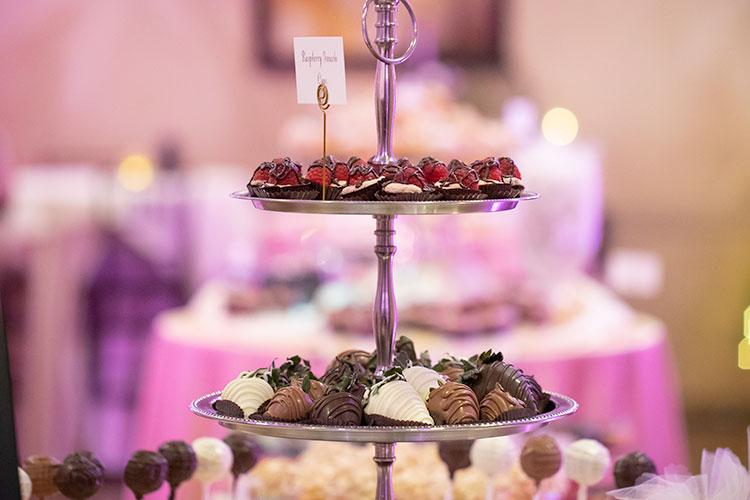 Cyprowski also included cake pops, chocolate-covered strawberries, chocolate raspberry mousse cups, chocolate-covered marshmallows, cotton candy, confetti and licorice in the multi-tiered display on pink tablecloths. There were also plenty of boxes for guests to take treats home with a sticker that read: “A Sweet Ending to a New Beginning.”

“We were so happy with how everything came together, and our guests were certainly delighted,” Kristen wrote in an email. “We are still receiving compliments about how delicious all of the selections were.

Having grown up in Pittsburgh, Maria Pisano knew her cookie table needed to be the highlight of her wedding.

“I grew up my entire life going to weddings and looking at other people’s cookie tables and really dreaming about mine. My cookie table had to be on point,” she says.

Her Oct. 13 wedding gave way to a masquerade theme to pay homage to her and her husband Michael Snyder’s love for Halloween. Feathers and masks were incorporated into the decorations and were the shape of some custom-baked cookies made by her cousin.

Maria, who comes from an Italian family, had a long list of guests who wanted to contribute to the Pittsburgh tradition, so she created an account on Lucky Potlucks, a website designed to help organize potlucks by determining which guest will be in charge of bringing which treat. From there, aunts, grandmothers and cousins signed up to bring pistachio thumbprints, Italian knots, peanut butter blossoms and peach bums. And, “No Italian wedding cookie table would be complete without Jordan almonds,” says Maria.

Completing the table were lady locks and cannolis from Priory Fine Pastries on the North Side, adding up to a grand total of between 3,000 and 5,000 treats.

Caitlin Ionadi and Sean LaVelle’s May 26 wedding featured a cookie table with 80 dozen homemade sweets, all made by friends and family.

Caitlin wanted the cookie table to have the same aesthetic as the rest of the wedding, so the colors had to play off of each other. This meant having some cookies offer pink and blush hues to them on two giant tables on each side of the dance floor, including Caitlin’s favorite: strawberry white chocolate chip cookies.

“My concern was that I wouldn’t have any cookies [during the wedding], so we gave my grandmother the job to get [my husband and me] each a bag of cookies,” Caitlin says with a laugh. “She took it very seriously!”

When Robert Crall married Victoria Novak on April 27, the two knew they wanted a huge cookie table. But with the help of Robert’s family and in-laws, they were able to fill an entire room.

Off to the side of the reception at Stratigos Banquet Center in North Huntingdon, a smaller room with a huge table in the center held the desserts. Stratigos helped arrange the cookies and other sweets around centerpieces.

“Nobody knew where the cookies were until after dinner when they opened the door,” Robert says with a laugh. “It was like there were angels singing. It was like Willy Wonka if he was a baker.”

The room included six different types of biscotti, pizzelles, peanut butter blossoms, thumbprints, ladylocks, traditional chocolate chip and 150 pies, made by Victoria’s mother, Belinda. To get them there, Robert’s mother used large pizza boxes stacked in his truck, which took “three or four dedicated trips” to the venue.

“Being from south of Pittsburgh, obviously you have to have a cookie table at your wedding,” Caitlin Crall, Robert’s sister, says. “That’s usually the first words that come out of someone’s mouth.”

Photo by The Good Photo Co.

Although Shawn Kelly and his wife Ashley Brown had a smaller wedding at Succop Nature Park in Butler County on Sept. 7, the cookie table was anything but. Their friends and families came together to make between eight and 10 dozen of each type of cookie, including chocolate chip, chocolate peanut butter, mint chocolate chip, buckeyes, thumbprints, pizzelles and a selection of others.

Shawn’s love for candy also inspired his mother Elizabeth to leave out dishes of the small sweets throughout the cookies. His sister-in-law contributed a peg board with dozens of donuts.

“I’d like to thank all that helped, but really my mom and my gram made it special,” Shawn says. “My gram’s baking is the best, and my mom learned pretty well from her. Everyone put a lot of time and effort into the table.”