Unlike the regular season events, the Pittsburgh Public Theater will let you bring your drinks in with you for Saturday's Second City show. As with all comedy, please drink heavily; it’ll seem that much funnier. 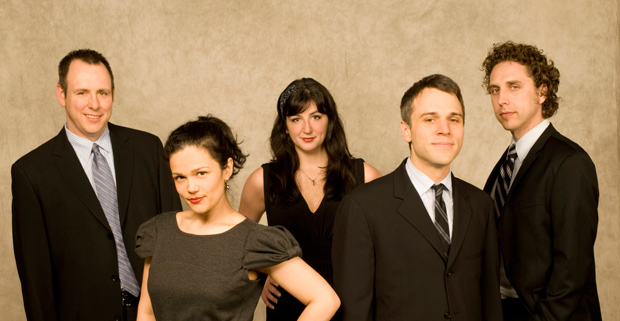 It is now your last weekend to go out and do whatever the hell you want before you are expected to attend a near-endless string of family gatherings. Perhaps the prospect of sweaters, fireside chats and the warm glow of kith and kin fills your yuletide heart with joy. Perhaps the thought of staring down every relation within 300 miles while you fight for the last scraps of ham and squeeze behind a tray table amidst youthful descendants chucking toys at your weary head petrifies your Grinch-ian soul.

Either way, get out this weekend while you still can.

An obligatory word of warning, though: Drive slowly if it’s bad out there. I don’t care if you have snow tires. I don’t care if you were on season two of “Ice Road Truckers.” It’s winter. Things happen. People, cars, dogs, deer, inflatable Santas: These are but a few of the things liable to slide into the street at any moment. Drive. Slow.

Now that I’ve threatened you, please take my advice anyway.

I am a fan of the mashup movement. It doesn’t have to be on the level of Pittsburgh all-star Gregg “Girl Talk” Gillis; as long as two songs are happening where previously only one occurred, I’m happy.

For the unfamiliar, this is an Internet phenomenon; the availability of music-editing software and tracks online has allowed desk chair DJ’s to mix elements of well-known songs into one another, resulting in new, often vaguely amusing, creations. As one would expect, this is not usually something that manifests in live performance.

But when it does, it’s pretty awesome. Case-in-point: Beatallica. These guys roughly shove Beatles tracks and Metallica tracks into melodic, Earth-shaking live anthems. They dress like the Sgt. Pepper’s cover but sport 80’s hair all over their decidedly metal craniums. They pick their songs to combine based on the most obvious title connections and little else (see “The Thing That Should Not Let it Be” or “And Justice for All My Loving”.) And they rock.

I’ve got a bigger piece on the state of Pittsburgh improv comedy brewing for the print side, but you’ll have to wait a while on that. In the meantime, the heavyweight champions of segmented laughter, the Second City Touring Co., make their yearly appearance at the O’Reilly Theater.

Two years back, PPT had them whip up a Pittsburgh-themed show, and it wasn’t the best outing; after all, these folks were not from Pittsburgh. It showed. But last year, when they were allowed to do their own thing, the results greatly improved. This year should follow that model; the company is bringing their own show, Fair and Unbalanced, to town, and promises a combination of quickfire sketches with some improv sets, all from a cast that’s trained with the best.

SUNDAY: HELP OUT & TAKE IN A HOLIDAY CLASSIC FOR FREE

Pittsburgh Filmmakers is just about done for the year, but they’ve got a few tricks up their sleeves yet.

The big one for me is a free run of It’s a Wonderful Life at the beautiful Regent Square Theater. (Rant: a certain Pittsburgh publication’s Best-of issue, based on reader surveys, selected the AMC Waterfront Loews Theater as the best in Pittsburgh. It’s lovely for a multiplex, but shouldn’t even be on the ballot. Anyone who thinks that Regent Square isn’t the best movie house in town is delusional. End rant.) The Jimmy Stewart classic cultivated its reputation through constant repeats on television, but it gains a lot on the big screen.

As does everyone, in this case. The free screenings are a gift to Pittsburghers from the folks at Filmmakers (rant continued: and when have the multiplexes done that?), and they’ll be collecting canned goods for the East End Cooperative Ministry Food Drive at every showing. Bring something for those in need, and have your heart warmed. (It’s a Wonderful Life at Regent Square Theater, 1035 S Braddock Ave., Regent Square. Fri., 8 p.m.; Sat., 3, 5:30 and 8 p.m.; Sun., 3 and 5:30 p.m; Mon.-Wed., 8 p.m. Free. Info: 412/681-5449, pghfilmmakers.org)