At the new Downtown taco-and-cocktail joint, you can get anything you like atop your tortilla shell — but can your creation stack up to nearby alternatives? 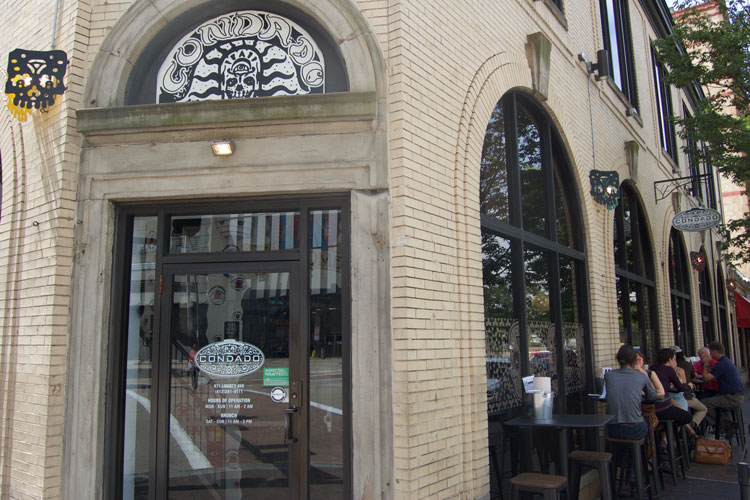 Downtown, on the same block of Penn Avenue, a taco war is raging.

Undoubtedly, this is the most delicious type of war, particularly whenever queso is involved.

Separated by just a few buildings, two restaurants offer tacos and cocktails as their primary fare, supplanted by beer, chips and all of the other necessary accoutrements. Both are the easternmost outposts of small-scale chains; both entice visitors with specials in offerings as well as prices.

For many, this silent battle between the year-old Bakersfield (with its western theme, replete with old cowboy flicks on the televisions) and newcomer Condado Tacos (with its Day-of-the-Dead motif, brandishing two stories covered in colorful artwork) will be little more than a question of proximity and table availability. “Can we get in? Then it’s fine,” many happy-go-lucky folks will say.

I dismiss this attitude outright. To me, and many like-minded scarfers, tacos are serious business. 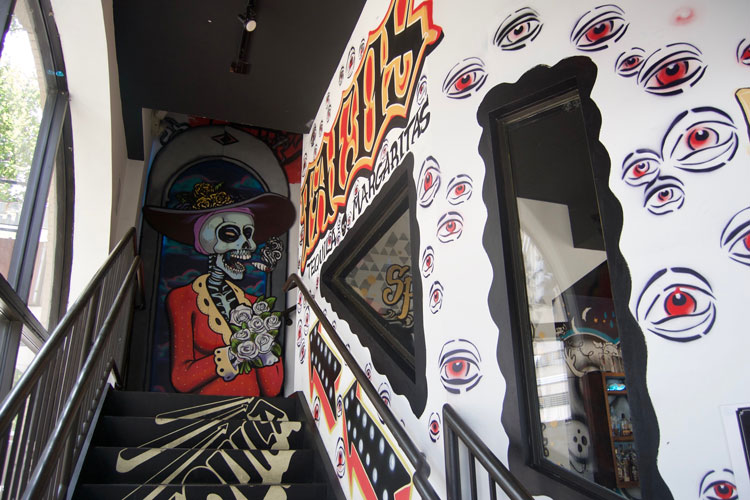 I already evaluated Bakersfield, quite favorably, in this space. (I remember my first visit well for a conversation with my then-girlfriend. As I was eating, she called to vent about a particularly arduous day at work; she then asked what I was doing. Sheepishly, I replied, “Eating tacos and drinking tequila.” She hung up on me — and was right to do so.)

Now, after a few visits, I’m ready to pass judgment on Condado.

The buzz about Condado, which is already bustling from lunch to late-night, centers on its build-your-own-taco offering; if you’ve crafted an original burger by filling out a sheet at BRGR or Burgatory, you know the drill. Locally, this is the first I’ve seen the option deployed for tacos: You can choose from a variety of meats, cheeses, toppings, condiments and (separately) hot sauces. There are house-recommended compositions available, of course; the smart move might be to try a Condado creation alongside one of your own. (Two is definitely all you need, especially if you’re getting any dip or appetizer; these are fairly sizable tacos.)

Guacamole, queso and salsa are also focuses at Condado, including a guacamole- and queso-of-the-month special; those that I’ve tried have been good enough. I question their necessity somewhat; if you have a good queso dip and a good guacamole, they need no further adornment, and often suffer for having further ingredients foisted upon them. But I’d be eager to see if a future creation can make me change my mind.

Like it’s downstreet rival, Condado offers an impressive selection of tequilas and whiskeys. I’m not personally much for margaritas, but those who have accompanied me to Condado have been pleased with the selection; I found the two cocktails I’ve tried pleasing, if not too notable. With the amount of better mezcal and bourbon available here, though, you should be drinking something straight. 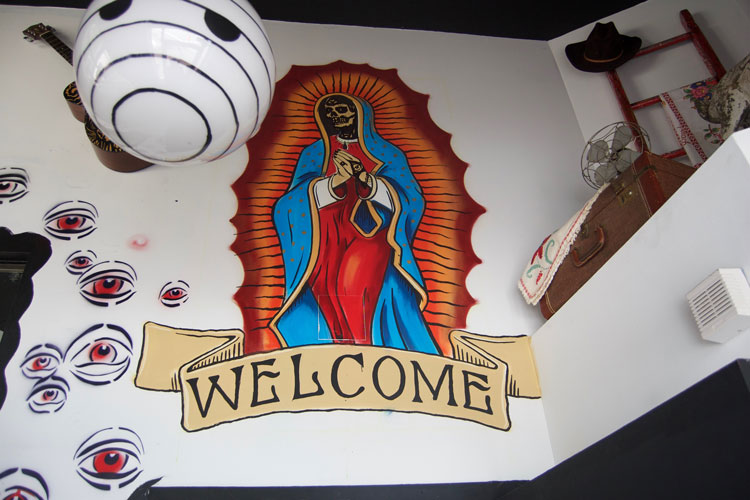 In a vacuum, then, Condado is just fine. Pretty good tacos, pretty good apps, lots of good liquor. It’s a little loud inside, but that is becoming de rigeur for modern Downtown spots.
​
Condado is not in a vacuum, however; it’s a few doors away from a direct competitor. So: Who’s winning?

The build-your-own offer is a nice gimmick, and I do like the atmosphere at Condado; I’d also give a slight edge to their guac and queso. Nevertheless, Bakersfield is still firmly ahead in this race; their tacos are top-notch and quite affordable, I’m always up for their boot-and-a-shot special and they’ve somehow managed to implement a theme that never feels gimmicky or trite.

So yes, all else being equal, I’ll probably head to Bakersfield, but I’ll never argue with anyone suggesting a trip to Condado. With any luck, these neighboring houses will be forever trying to one-up each other, maintaining an open-ended civil war in which we, the diners and drinkers, are perennial victors.