Competitive Obsession is The Standard For Sid

The Penguins’ late-season advantages spring from a seemingly unquenchable desire to compete that begins with the captain. 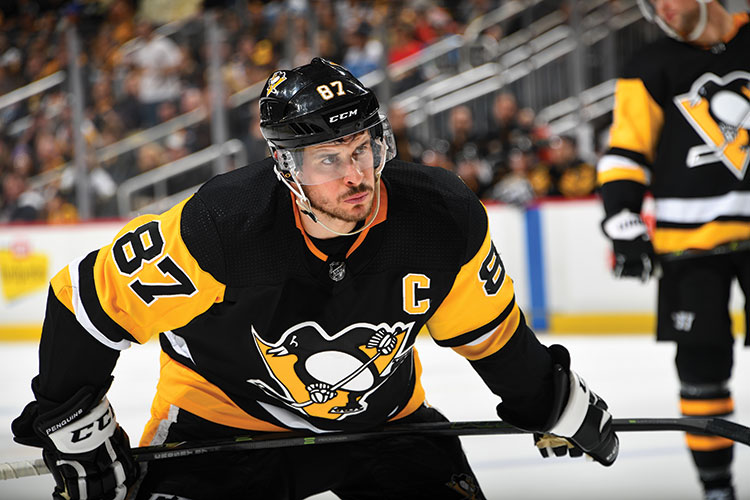 The date was Jan. 2, the Pens were leading, 5-1, and just 5:16 remained in regulation. Ian Cole was in the penalty box. Carter Rowney was in the locker room injured, as was Brian Dumoulin, as was starting goaltender Tristan Jarry, which meant Matt Murray, the backup that night, was in the net.

On NBCSN, the camera panned from left to right down the Penguins’ bench to emphasize how many Penguins were no longer there.

Ryan Reaves, Patric Hornqvist and Daniel Sprong were seated, leaning over the boards during a stoppage in play. Conor Sheary was tossing an errant puck over the glass to a fan. Jake Guentzel was gripping his stick with both hands, staring straight ahead, until he looked to his right and noticed Sidney Crosby.

The Penguins’ captain sat at the far end of the bench, his right glove off and an iPad in hand. He was in a state of deep focus, analyzing something that had transpired in the evening’s contest — breaking down an area for potential improvement in a game that had long since been decided.

The idea, hatched by someone in the production truck, was to illustrate the attrition the Penguins were confronting. Instead, the cameras captured what Sidney Crosby means to the back-to-back Stanley Cup champions.

Could there be a better Penguins template?

Head coach Mike Sullivan maintains he sees it every day.

“The biggest example is when I watch our captain go out 15 minutes early every practice and take certain shots from certain areas of the rink to work on an aspect of his game,” Sullivan says. 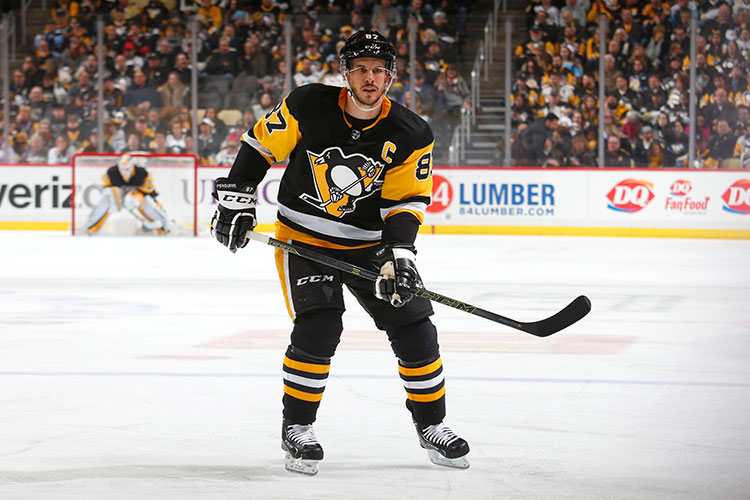 “Here’s a guy that’s arguably the greatest player in the game and has a particular work ethic, his willingness to put the time in daily. The cameras aren’t there and nobody sees it but the people that are close to our hockey team.”

That effort has a ripple effect from the Penguins’ veteran core throughout the locker room.

It’s what the Penguins relied upon the past two seasons. Again at midseason this year, they found themselves struggling to achieve solid footing and a potential playoff spot and a third consecutive run at the Cup.

Crosby’s pre-practice routine is regular — but not exclusive. It isn’t uncommon for Crosby to coax a teammate onto the ice with him. Eventually, he’ll be found working on shots with Hornqvist or face-offs with Evgeni Malkin.

And while that’s happening, Olli Maatta might be honing his ability to accept a pass and get a shot off without looking at the puck.

“I wonder if these guys would work as hard on these things if Sid wasn’t around,” asks Phil Bourque, the color analyst on the Penguins Radio Network.

Much still depends on Murray’s calming presence. On Kris Letang’s ability to skate the puck out of trouble. On Malkin’s stick-handling in traffic. On Phil Kessel’s shot. On Hornqvist’s determination to get to the net. And on Crosby’s knack for the spectacular.

But there’s also a mindset of preparation that resonates.

“If I come into this dressing room and ask how many guys want to win, everybody will raise their hand,” Sullivan says. “But the willingness to do what it takes to win is what separates the great from the others. We talk about it daily, and we try to hold ourselves to a certain standard.

“I think Sid represents that standard.”

Crosby does so by being who he is and doing what he does.

“Some of it is instinctive,” Bourque says of the dramatic plays that have become a trademark for Crosby and the Penguins in recent seasons. “The majority of it has been worked on through timeless repetition so that when it comes to game time, they’re not thinking about it because it’s already happened so many times in practice.”

That’s why Crosby fires pre-practice pucks at an empty net. That’s why he’s willing to engage in further review on the bench when others might be seemingly waiting for the clock to run out.

“It saves time after the game from having to go through video,” Crosby says, laughing when his in-it-until-the-end persistence in Philadelphia is broached.

The more revealing response to the why-does-he-do-such-things question: Why wouldn’t he?

“I love competing, and I want to make sure when I get chances to score I take advantage of them,” Crosby says. “You work so hard to create and score and win. You only have a window, a certain amount of time to be able to do it.

“I might as well do as much as I can and do the best I can while I have the time.”

This article appears in the April 2018 issue of Pittsburgh Magazine.
Categories: From the Magazine, Hot Reads, Penguins