The row houses on James Street may look like typical North Side edifices from the front, but the fun additions designed by architect Eric Fisher create a party in the back. 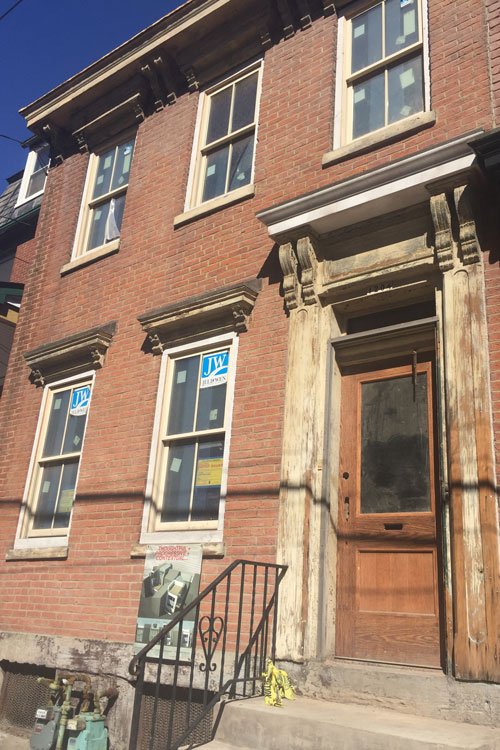 From the front, the two buildings across the way from Allegheny General Hospital on the North Side resemble your typical Pittsburgh row houses, tall and skinny. But that’s where the similarities end.

Thanks to playful, contemporary additions that are being constructed on the back of the buildings on James Street, they’re also a lot of fun.

Architect Eric Fisher, who designed the additions, has affectionately dubbed them the “mullet buildings,” describing them as business up front — and a party in the back. 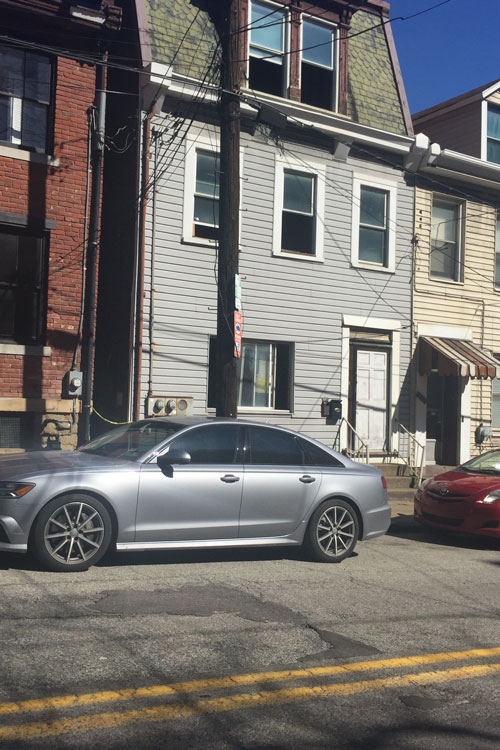 “From the front, the facades resemble how they could have looked in the past,” Fisher, the founder of Fisher ARCHitecture in Shadyside, says. “It’s sort of old meets new in a Pittsburgh renovation.”

Construction recently started on the now-vacant buildings, which are being developed by Nate Morgan of Northside World Wide Properties.

Fisher says Morgan — whose company rents and sells properties on the North Side — approached him about collaborating on the project. Morgan, who says he found Fisher through luck of the draw, adds he hopes to work with Fisher again for future design projects.

"He's impressive, he really is," he says of Fisher.

Although best known for his large, modern projects — including the recent renovation of the Aspinwall Marina — Fisher says he was happy to undertake a smaller-scale design, adding that inspired design should be for everyone.

“The projects themselves are small but nice in their way,” Fisher says. “They’re not generic in the way that so many of these new projects are.”

Taking care to preserve the original architecture, Fisher’s designs for the most part clean up the front of the buildings — which Fisher described as being in poor condition — including repointing the bricks. It’s a whole different story in the back. 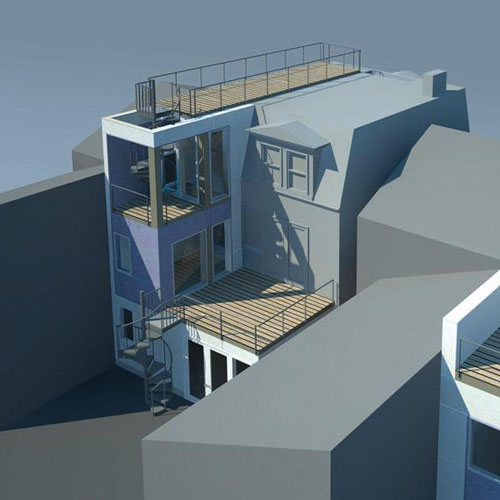 Once complete, the back of the buildings will include three-story, glass-infused additions with rooftop decks that take in a view of Downtown. An outdoor spiral staircase on the ground floor of the lower building on the hilly street will lead to a deck on the second level. Each level is carefully thought out and very user-friendly.

“My thought is, if you’re paying for a house, you should be able to take advantage of all of it,” Fisher says. 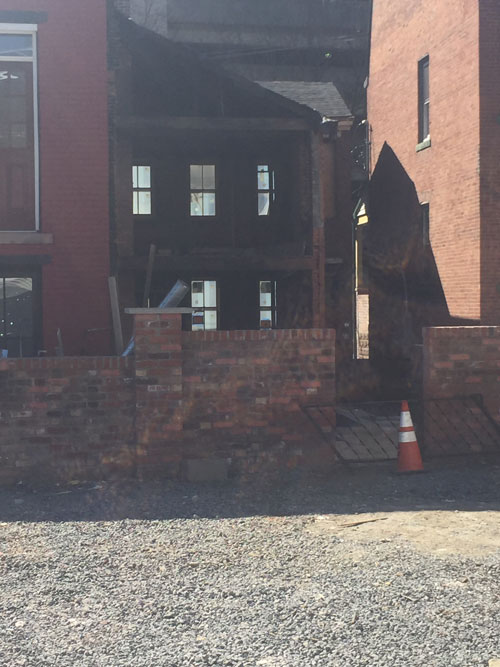 With demolition underway, the buildings currently are little more than shells, with the backs open to the elements.

Morgan says he expects most of the construction to be complete within the next three to four months. Fisher says he can envision the three-bedroom homes being perfect for a young family in what is becoming an increasingly hip area.

“It makes me think of Lawrenceville,” he says.

This article appears in the April 2017 issue of Nest.
Categories: Nest