Within a decade or so, the Turnpike will face an existential problem: It won’t be necessary. (It barely is now.) 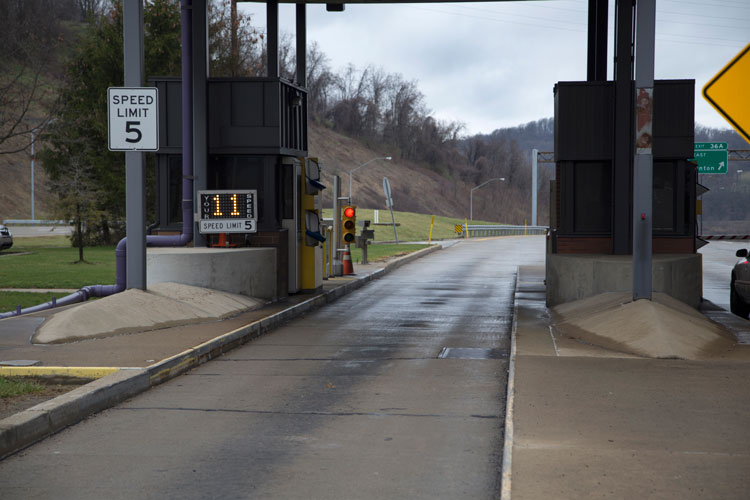 A few weeks ago, I opened the mail to find a $58 bill from the Pennsylvania Turnpike.

Not what I’m usually hoping to find in the mail (that would be either an obscure horror Blu-Ray I forgot I ordered or some Arby’s coupons).

I was nevertheless happy to get the slightly bulbous invoice in one regard: The state’s toll-by-plate system is now working smoothly. Just a few years ago, Pennsylvania still required actual coins and paper money (for some roads, in laughably specific denominations) to pay a toll, long after neighboring states had figured out that debit cards existed. Now, they’ve skipped all the way past plastic to just letting you drive where you want and sending you the (overpriced) bill later.

So that’s a step up, at least.

That $58 fee was the result of a round-trip drive to Washington, D.C., with both trips featuring the stretch of the turnpike between Monroeville and Breezewood. The District is by no means a long haul from Pittsburgh; using the turnpike, Google Maps estimates a journey of 4 hours, 5 minutes.

If you elect not to use the turnpike, though, that same trip will take … 4 hours, 28 minutes.

I don’t know who the turnpike commission thinks I am, but a total 46 minutes of my time is not worth $58.

The Commonwealth is $58 richer because, on that day, I didn’t take the relatively simple step of telling Google Maps to avoid toll roads. Whatever GPS system you’re using can usually perform this calculation in a step or two; you can even set most apps to automatically reject toll roads.

In some states, this will really throw off your drive. (Good luck getting into Manhattan without paying somebody something.) But if you start to poke around, you’ll quickly notice something about the Keystone State: roads that require (often exorbitant) fares don’t actually save you that much time.

Pittsburgh to Philadelphia? 4:52 with the turnpike, 6:07 without — a bit more of a difference. But stop and check the fare; without the discounted E-Z Pass system, you’ll pay $65.50, one-way. I will gladly hang out in my car for another 75 minutes to save more than $60.

(Yes, I know I should get E-Z Pass — and the difference in price on long hauls is significant, up to 60% of the fare. But I’d just as quickly take the long way to save $32.)

Headed to Allentown? Without tolls, it’ll only take an extra 40 minutes. Lancaster? A difference of 34 minutes. Thinking of using the new Southern Beltway, a short toll road, to get to the airport? Starting at the Meadows, it’ll take 29 minutes — as opposed to the 31 it will take to get there without paying. That’s right; it’ll cost you about $8 to save two minutes of driving time. (It is a pleasant road, at least.)

Over time, more and more Pennsylvanians will figure out how to use their phones to avoid toll roads — and I can’t imagine many will be eager to pay a premium to save a few stray minutes on the road. This will only become a greater problem when, in a decade or so, GPS technology and driver preference are automatically built into most (if not all) new cars.

If the state hopes to continue charging drivers for the use of certain roads, it will need to figure out how to make the process more affordable, more amenable or more convenient — or, ideally, some combination of the three. Failing that, there’s going to be some pretty empty toll roads around the year 2030.

By the way, you pass way more fudge shops, old-school diners and tourist traps if you don’t take the turnpike. I’m all for a rest-stop Roy Rogers, but I’d rather buy some peach jam and a lawn ornament at a locally owned roadside shop.