If for no other reason, they get us out of the house. 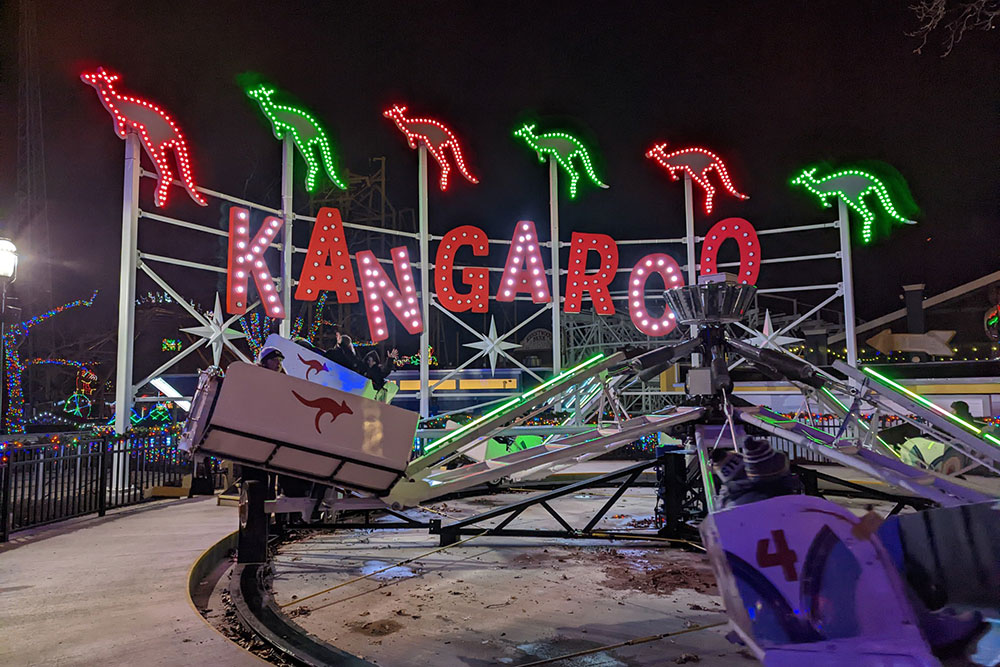 Until the beloved theme park began hosting its annual Holiday Lights events, I probably hadn’t attended any dedicated yuletide celebration in more than a decade. My favorite part of the holiday is the opportunity to eat too much then lie on the couch watching movies for hours, occasionally drifting off to sleep. It’s not that I’m a pure Grinch, per se, this just isn’t my favorite time of year. (That would be Halloween, obviously.)

I’m always happy, however, to go to Kennywood. So when they rolled out Holiday Lights a few years back, I eagerly attended, looking forward to warming up with gravy-covered Potato Patch fries, enjoying a bracing spin on the Turtle through the winter chill and squaring off with my old foe, the Cat Rack. And, presumably, looking at some Christmas lights here and there.

Immediately, I was converted. It is, in short, a magical experience.

The light displays are truly impressive, with feats of engineering — a massive, towering tree, or a carefully constructed display along a roller coaster track — sharing space with more whimsical constructions, such as the charming gingerbread village or a series of light-up, frolicking penguins. Much of the park has a lovely holiday overlay, from seasonal prizes up for grabs at the game booths to an absolute riot of Santa hats distributed to the animals in Noah’s Ark. There’s a model train; there are photos with Santa and assorted other holiday icons; there are magic shows, storytelling sessions and cinnamon-topped funnel cakes.

Even if you utterly loathe the holiday season, this place could make you like it.

I visited again last night, checking out new additions for the year — I was mobbed with baby goats at the petting zoo, which can’t help but improve your mood — and eager to sip cocoa as I strolled through the park’s paths. This time, it hit me: not the true meaning of Christmas, but at least the true meaning of seasonal attractions.

They get us out of the house.

After Thanksgiving, it’s very easy to settle in for a long winter’s binge. We sit around, we fire up Netflix and we eat everything in the house. We hope and pray that what plans we did make get canceled so we don’t have to scrape off the car, and we find every excuse to declare we simply must work from home for the next … month or so.

While I’m as eager as anyone to not bundle up unnecessarily, this is bad for us. We need to get outside and breathe some fresh air; we need to see other people; we need to shake up our routine. It’s easy to do so in the warmer months but even easier to forget to do so when the weather outside is frightful. Nothing good comes of this, from the negative impacts on our own mental and physical health to the damage done to local businesses.

Events such as Kennywood’s Holiday Lights and other seasonal attractions — including the many pop-up holiday bars in town or the new display at the beautiful Pittsburgh Botanic Garden — serve as both an opportunity and a motivator to get back into the world. Even if, like me, the prospect of carols and tinsel is not exactly a draw, it’s worth attending simply to do something that doesn’t involve the remote control.

Until January, anyway. You’re on your own in January.