Collier’s Weekly: Concert Ticket Inflation Is Out of Control

Yes, everything costs more in the ’20s, but concert ticket prices are in a class of their own. 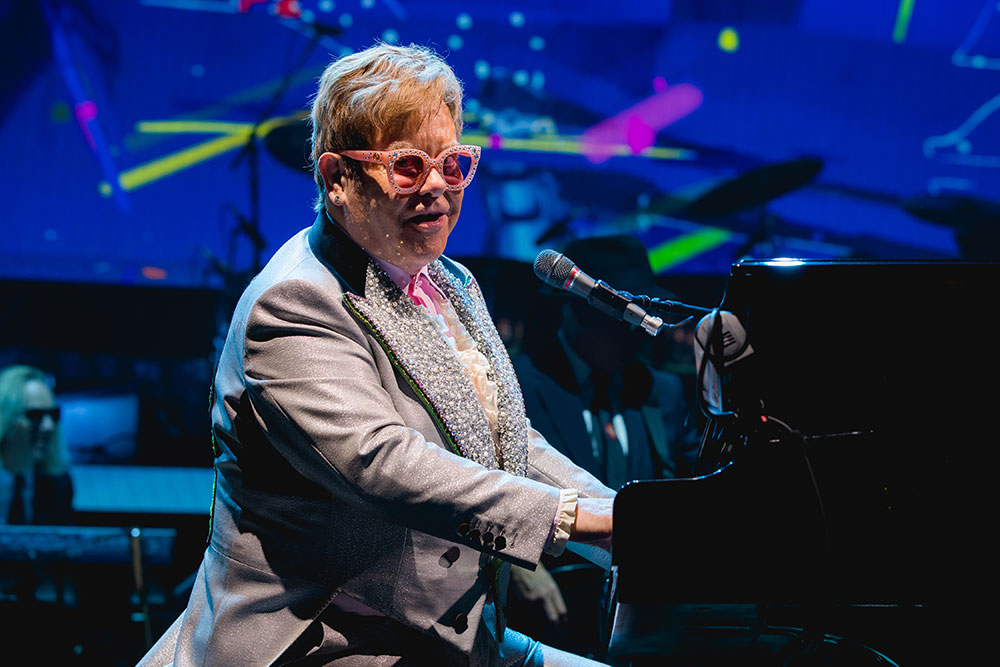 Last week, I had every intention of seeing Elton John.

I didn’t have a ticket in hand but figured I’d buy one on the secondary market once I found a good deal. Anything that could get me in the door for under $100 would be fine, I reasoned, and shouldn’t be too tough to get.

I checked StubHub. Nothing was close to that price range; in fact, even stray tickets so far above sea level that the wind can interfere with sound quality were bottoming out around $150.

I checked again, and again. I tried Ticketmaster’s in-house secondary market; those prices were even worse. As Friday rolled around, I figured I’d be able to snag something as last-minute plans were canceled.

I’ve already seen the much-looped “Goodbye Yellow Brick Road” tour once — in 2019, at the Rocket Mortgage Fieldhouse in Cleveland — so I wasn’t losing much by skipping a second chance to bid farewell to Sir Elton. Nevertheless, it’s a staggering development; with 30,000 tickets to sell, you’re telling me that I can’t even get in the door for under a three-digit figure?

Sadly, that’s the reality after an unprecedented 30-year ballooning of concert ticket prices (and associated fees). Studies have shown that average ticket prices nearly quadrupled — from $26 to $95 — from 1996 to 2019, and that was before the pandemic shoved prices up further as Ticketmaster and Live Nation (which have merged, by the way) gouged prices thanks to “pent-up demand” for live experiences.

Meanwhile, in that same period, ticket fees — which are determined by a labyrinthine and algorithmic process and often don’t correspond to any actual service — have also dramatically increased. Look at an event on either StubHub or Ticketmaster, then find the button that allows you to show prices inclusive of fees; every seat will suddenly jump $20-30.

Some data indicates that there’s been a remarkable increase in fans using payment plans to cover concert and festival tickets. We now have to pay for a night of music like we’re figuring out financing on new furniture.

I understand that tickets are going to continue costing a bit more than they did when I was a teenager. Between inflation, the increased costs of labor and any number of other economic factors, I no longer expect to see a favorite band for $25. But speaking of my teenage years: Before my 20th birthday, I had seen David Bowie, Prince, Bob Dylan, U2 and many more high-demand artists. Because I had an after-school job, I could afford to spend what was then as much as $50 on a ticket.

Can many teenagers today swing $150 or more — well into the hundreds for a decent seat — to see a legend in concert? (Let alone the rest of us?)

Young Pittsburghers — and, indeed, any of us who don’t want to drop a car payment to hear live music — have a number of nearby venues offering relatively affordable shows. South Side stalwart Club Cafe has plenty of events priced between $10 and $20, with minimal fees; The Funhouse at Mr. Smalls does operate through Ticketmaster, so fees will be higher, but many of the shows there are similarly inexpensive. Floor tickets at the Roxian Theater in McKees Rocks are usually available for $50 or less (before fees), even for well-known acts.

These aren’t venues where you’ll see Billie Eilish or Elton John, but they are places where you’ll discover new artists or revisit old favorites. And here’s the thing: While some high-profile concerts are absolutely worth a major investment (I’ll sell most anything I own when Springsteen rolls through town), there are plenty of big, expensive concerts that turn out to be just okay. And I’ll take a pretty good time with an artist I’m not as familiar with for $20 over a disappointing time with a favorite for $200.

If enough of us figure that out, maybe these prices will start dropping.