The Steelers’ head coach dug deep while leading his team through its grief over the loss of beloved assistant coach Darryl Drake. The words were hard to find but Tomlin found them while revealing a side of himself the fans and media don’t always see. 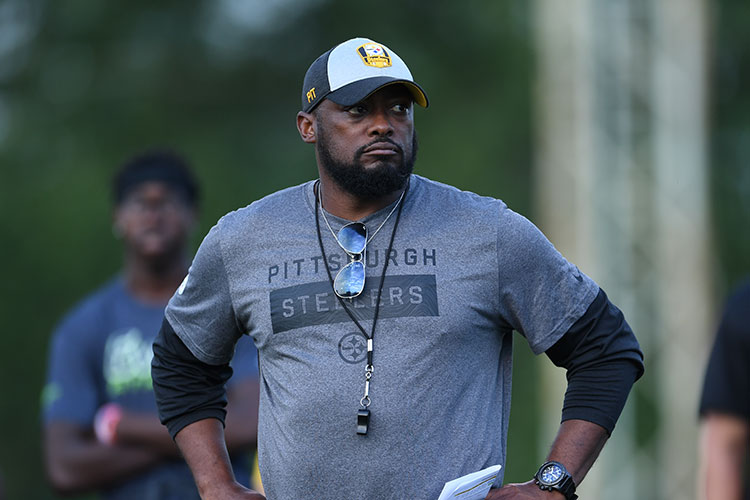 The words didn’t come easily, which, for Mike Tomlin in particular, had to be as uncomfortable as it was uncharacteristic.

His voice was soaked with raw emotion, with a pain and a sense of loss and heartache Tomlin appeared on the verge of succumbing to on several occasions as he publicly addressed the passing on Sunday of his assistant, his friend and his longtime mentor, wide receivers coach Darryl Drake.

To his credit, Tomlin kept it together.

He even worked in “obviously” a few times, either by design or force of habit, while providing a much-needed perspective for his reeling Steelers.

It won’t be easy. 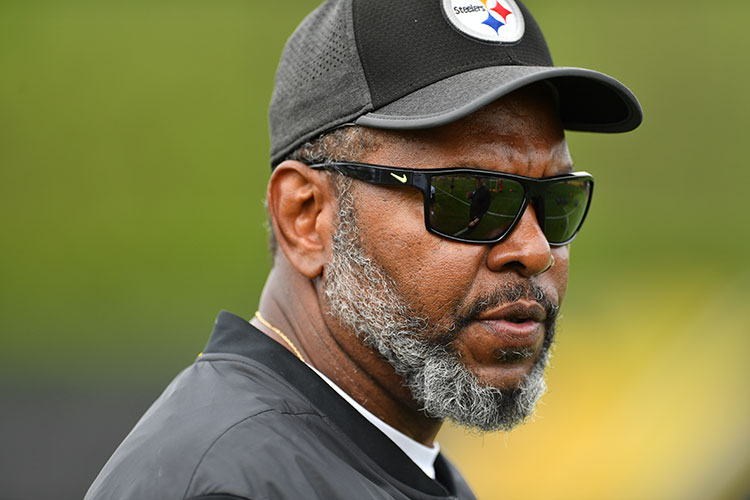 Drake, 62, had only been with the Steelers since Jan. 26, 2018. He wasn’t a coordinator and he wasn’t nearly the high-profile presence Mike Munchak, Bruce Arians and Dick LeBeau have been in recent seasons.

But behind the scenes and within the heart and soul of the team, Drake meant everything.

Particularly to Tomlin, who recalled in the early stages of his coaching career in or around 1997 forging a forced relationship with Drake, who at the time was “one of the top wide receiver coaches in the college game.

“I was politely aggressive,” Tomlin acknowledged, a smile overtaking his face and, temporarily at least, his grief. “He probably didn’t have a choice, or, that’s how he described it, in terms of being my friend.

“I was too persistent.” 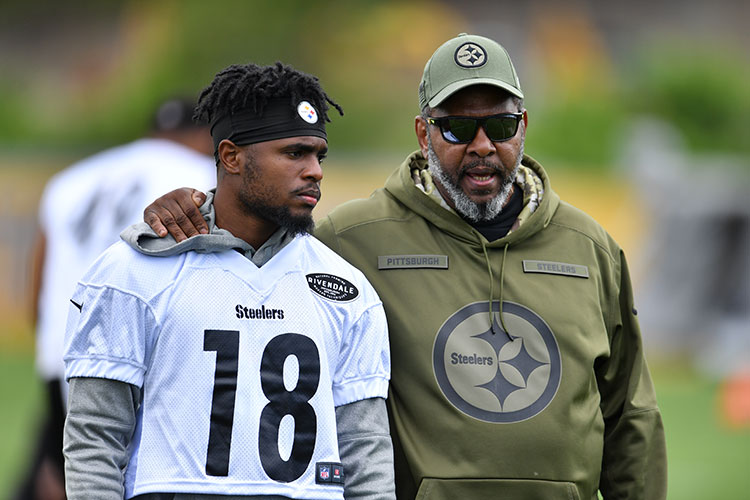 Tomlin went on to emphasize Drake was so much more than just the guy who used to tell his receivers to, among other things, catch the ball with their eyes.

“Coaching was Coach Drake’s platform for ministry,” Tomlin continued. “He wore many hats. Coaching was his vocation, but he was a father, a mentor, a brother, an advisor, like we all are in a lot of ways, to the men that he worked with, not only now but, man, over the course of his career, which spanned decades.”

And now, suddenly, the Steelers must march on without the man Tomlin lauded as “a strong, Christian brother.”

It was a side of Tomlin we don’t often see, genuine and vulnerable.

And it was a glimpse, perhaps, at the guy who his players hold in such high regard.

You rarely if ever see that guy after games or during a Tuesday press conference.

Tomlin’s dealings with the media, and, by extension, his interactions with the fans, can be less than sincere. They are at times vague, condescending, misleading, cryptic and/or dismissive, presumably by design. There are even moments, especially when he’s deploying a paragraph to make a point that would otherwise require just a sentence, when it appears Tomlin is most interested in merely trying to kill time until a specific media obligation has been satisfied in such settings.

Sometimes, he’s in a mood to engage professionally.

Many times, it appears he has an agenda.

Tomlin is no different from most any other NFL head coach in that regard.

Those guys are in the business of winning, and they have little or no patience for transparency or anything else they might perceive as detrimental to achieving that required result.

And there are times when the media invariably deserves what it inevitably has coming.

But Tuesday was a time for unvarnished sentiment, for Tomlin to wear his heart on his sleeve in addition to a Steelers cap on his head.

It was a time to lead a devastated team, to set a tone and a standard.

Tomlin’s always been pretty good at that.

Still, he wasn’t certain he’d be able to pull it off this time.

Given the solemnity of the moment, Tomlin didn’t know if he’d be able to find the appropriate words.

Then he went out and found them.

“We intend to march.”

No wonder his players love him.

Where are These Notable Pittsburghers Now?

No Surrender: Vic Walczak's Crusade for the Underdog