Carnegie Mellon engineers test their ‘autonomous’ car on a busy Cranberry Township highway. Does it work? 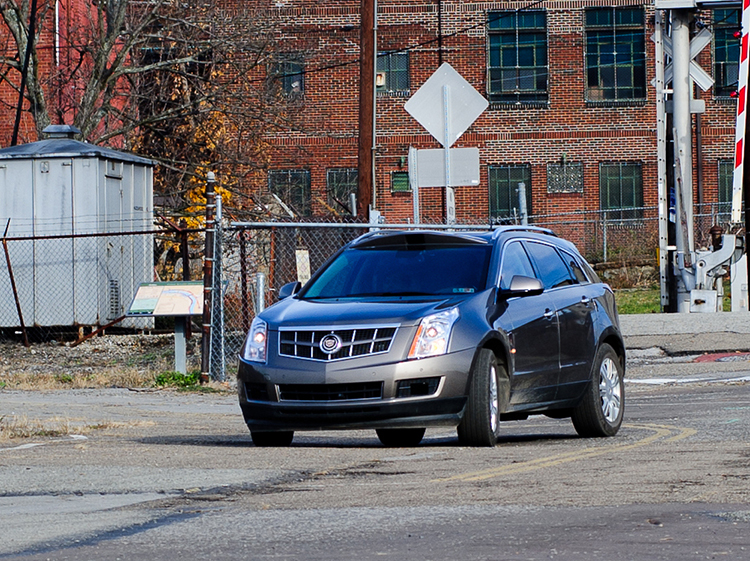 You’re doing your classic morning routine: Brushing your teeth. Browsing Twitter. Sleepily answering emails with an incredible amount of typos. Then, suddenly, a robotic voice tells you, “You have arrived at your destination.”

You car has come to a gentle stop in its familiar spot in your office parking lot. Welcome to the surprisingly near future, as dreamed up by Carnegie Mellon University engineers.

For more than a decade, CMU researchers have been working on an “autonomous” car that relies on three types of systems to guide the car's decision-making — sensors, lasers and cameras  — and get you where you need to go without actually driving. The researchers recently teamed up with General Motors to outfit a standard Cadillac SRX crossover with their equipment.

Last week, they hit the road with their robocar. Not on a closed course. On Route 19 (!) in Cranberry Township. NPR went along for the ride. The result was an often jerky but nevertheless incredible ride.

How close are we to this Brave New World? Raj Rajkumar, a professor of electrical and computer engineering at Carnegie Mellon, thinks commercial robocars could be ready as soon as 2020.

What happens to the time/space continuum when an obituary writer ends up in the obituaries? Pittsburgh Tribune-Review employees today are mourning the death of beloved obit writer Jerry Vondas. He remained friendly and caring despite, you know, writing about dead people all day, and took pride in finding out both touching and fun facts about the people he featured. Colleagues said it wasn't uncommon to hear him conducting phone interviews and asking a question like, “Oh, so she made good soup?”

Check out a few examples of his fine work here.

Pittsburgh was ranked No. 10 on nerdwallet.com’s list of Top 10 Cities for Recreational Activity. The number of foot races, park acreage and senior citizen rec centers, as well as Frick Park’s Lawn Bowling Green, stuck out to the analysts, who rated cities proper, not metropolitan areas.

Read the full story on nerdwallet.com