CMU Wants You to Sling Your Mobile Data Responsibly 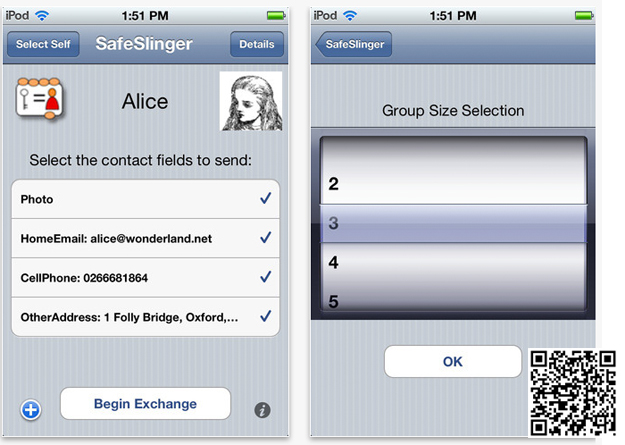 CMU develops cyber security app
With the growing number of devices (like smartphones and tablets) being used to access the Internet, Web-based threats are becoming more frequent and sophisticated. To address this widening problem, researchers at Carnegie Mellon University’s CyLab created the SafeSlinger app, which establishes a secure basis for Internet communication between separate users. When people use the app, they are able to privately and securely exchange public keys to create a channel for safely “slinging” data from one device to another.

Under the direction of Adrian Perrig, CyLab develops new technologies for computing and communication systems. Recognizing a growing reliance on online services, CyLab developed SafeSlinger to be an easy, free way to safely exchange information over the Internet.

“SafeSlinger provides you with the confidence that the person you are communicating with is actually the person they have represented themselves to be,” says CyLab research programmer Michael Farb.

Users can send messages or exchange files in a way that prevents outsiders from accessing the information. Most impressive, SafeSlinger technology prevents a variety of cyber attacks and establishes a secure channel even if the servers involved are tainted with malicious software.
—Lauren Schmeer, PM Editorial Intern

Experienced food writer to speak at Chatham
Molly O'Neill has spent a decade as a food columnist for The New York Times Magazine and host of the PBS series "Great Food." She's also contributed to a number of national magazines and cookbooks — and has authored three cookbooks of her own: New York Cookbook, A Well-Seasoned Appetite and The Pleasure of Your Company. In short, O'Neill knows her stuff.

Now, Pittsburgh foodies will have a chance to get their fill of food knowledge when she speaks at Chatham University on April 2. Her lecture, “One Big Table: How Food Stories Bear Witness to Daily Life and Create a Bridge Between Culture and Agriculture,” will include food stories from her extensive travels, among other topics.
—Rob McCoy, PM Assistant Editor

W&J receives prestigious award
Higher education today is as much an international experience as it is an educational one. As such, many U.S. colleges are taking steps toward making their campuses more international — whether it's expanding overseas, establishing study-abroad programs or hosting students from around the world. One local institution is now being recognized for its efforts to diversify its international offerings.

Washington & Jefferson College recently received the Sen. Paul Simon Spotlight Award for its Magellan Project, which helps provide students with guidance and financial support to undertake internships and other projects on an international level.

The award, named for the late Sen. Paul Simon (D-Ill.), is presented by NAFSA (the Association of International Educators). W&J is one of only three schools in the nation to be recognized.
—R.M.

Journalist Tom Brokaw to visit Heinz Hall
You know him as the the former anchor for "NBC Nightly News." A serious, direct commentator who delivered timely updates. After moving on from that gig, he became a special correspondent for the show — plus, he's gotten involved with other projects, too.

If you're dying to see Tom Brokaw live, we've got you covered. Enter to win a pair of tickets to his April 26 lecture, which is part of Robert Morris University's Pittsburgh Speakers Series.

This article appears in the March 2012 issue of Great Minds.
Categories: Great Minds