CMU to Open Campus in Rwanda

Plus, WVU opens new headquarters for cybercrime-fighting and Slippery Rock's art gallery gets a new director. 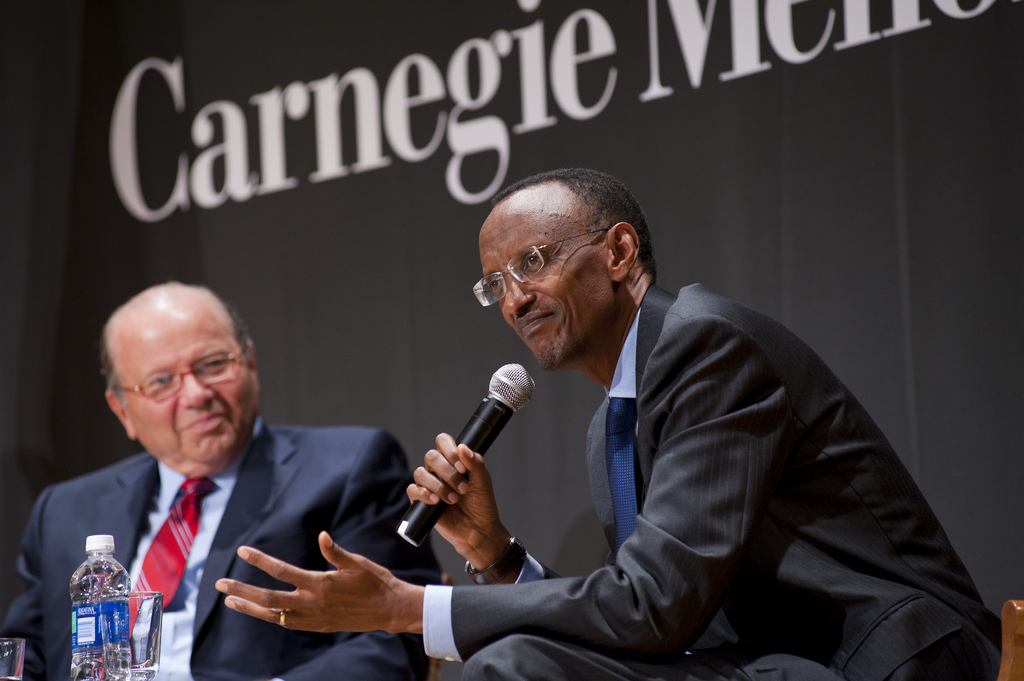 >>NEW DIGS
Carnegie Mellon journeys abroad for new campus
If you’re headed to a University of Pittsburgh branch campus, you might be moving to Greensburg or Johnstown. Students attend Penn State branches all over the state, from Erie and Shenango to Berks and Hazleton. If you’re enrolling at a CMU branch campus, though, you’re going to be headed a bit farther afield than the Philly suburbs. The university just announced plans to open a campus in Kigali, the capital city of Rwanda.  Carnegie Mellon’s second branch—the first is in Doha, Qatar—is the first American university campus in central Africa.

Initially, CMU-R will offer a Masters in Information Technology, with more degree programs to come; tech degrees are in growing demand in Rwanda, as the nation’s economy has steadily improved during the past decade. Credits between the Oakland and Rwanda campuses will be fully transferable, and students from around the world can apply to study in Kigali (though preference will be given to Rwandans). So, CMU students hoping to convince their parents that this is a necessary excursion should probably start now—you've got to be at the top of that wait-list, and your parents probably didn’t have that part of the world in mind when you said you wanted to study abroad!
—Sean Collier, PM Associate Editor

>>WAIT-LIST
WVU cybercrime program takes on online bad guys
October is a national month of recognition for breast-cancer awareness, bullying prevention and squirrels. It’s also National Cybersecurity Awareness Month—and West Virginia University is celebrating with a new headquarters for its cybercrime-fighting initiative. The West Virginia Cyber Crime Cooperative (WV3C) was established in 2002 to design and implement a nationwide method of regulation for online safety and security and to lower illegal activity (like hacking and fraud) on the World Wide Web.

A conjoined effort of WVU, the West Virginia State Police and the National White Collar Crime Center (NW3C), the cooperative has grown from a single room to a 4,000-square-foot facility, where members will research digital forensics and electronic crimes, develop training programs for local, state and national law enforcement, and provide local investigative support.  WVU faculty and students in the Lane Department of Computer Science and Electrical Engineering are instrumental to the program’s success as well. The university now offers classes in digital forensics and computer incident response, and has graduated 16 students from a new masters-level certificate in computer forensics. So, this month, be sure to assess your Internet presence—because no one likes a bully. Especially squirrels.
—Richelle Szypulski, PM Editorial Intern

Open up a life as a literacy volunteer. Teach adults reading or English as a second language for Greater Pittsburgh Literacy Council. You’ll prepare men and women in your community to earn a GED, enter job training or college and become better workers and parents. For more information, please visit gplc.org or call 412/393-7600.

>>IN MEMORIAM
Generous donor to Pitt and CMU passes away
William S. Dietrich II, the former steel executive and philanthropist who recently bestowed Carnegie Mellon and the University of Pittsburgh with record-breaking gifts, passed away Friday at the age of 73. On the heels of a Sept. 7 announcement that he was donating a staggering $265 million to CMU, the Pittsburgh native announced a $125 million gift to Pitt in late September. Both gifts are the largest individual donations to their respective universities.

Dietrich transformed a small family business into an industry leader before turning to philanthropy and community engagement later in his life; in addition to his remarkable giving, he was a board member for a number of local organizations, including the Pittsburgh Ballet Theatre and the Allegheny Conference on Community Development. He held Master’s and Doctoral degrees from Pitt.

>>CAN'T MISS
With new director Sharon Massey, SRU’s art gallery is worth the trip
Slippery Rock University’s commitment to the arts continues with the appointment of Sharon Massey as director of its Martha Gault Art Gallery. Massey, an award-winning artist whose work has been showcased worldwide, advocates interactive and interdisciplinary art, which engages viewers and intersects with daily life. “I hope to make [the gallery] a dynamic and thought-provoking destination on campus,” she says. “I want to show high-quality work that art students on campus should aspire to, and challenging, innovative and exciting works that the rest of the campus and the community can be inspired by.”

The gallery is currently hosting an eye-catching exhibition of works by the Pittsburgh Society of Illustrators; it’s a fine excuse to head to Slippery Rock and explore. Eventually, Massey hopes to reach beyond the gallery’s walls with outdoor and digital-media shows as well as collaborations with some of the university's other departments.
—Richelle Szypulski, PM Editorial Intern

>>SIDE NOTE
Pittsburgh magazine will be at Chatham University’s Think Big Conference next Friday, Oct. 21. The event, presented by Chatham’s Center for Women’s Entrepreneurship, will explore the customer experience and branding. If you're attending, be sure to stop by and say hello!

This article appears in the October 2011 issue of Great Minds.
Categories: Great Minds