Starting this fall, undergraduates at Carnegie Mellon will have the option to earn a degree in one of the world’s fastest growing fields. 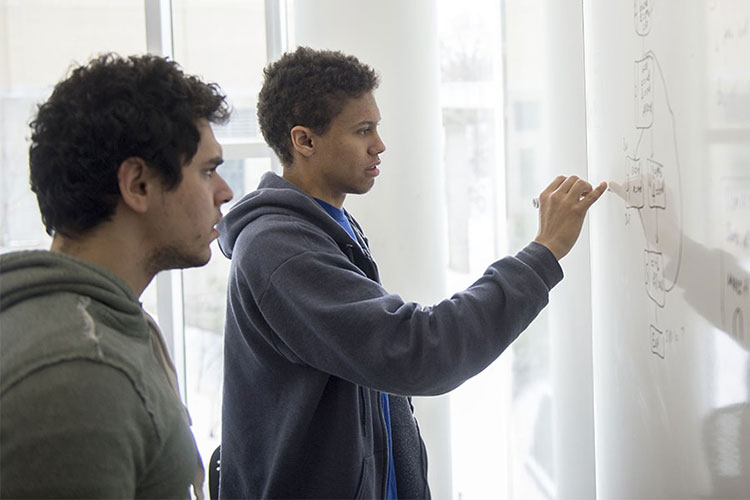 Two Carnegie Mellon researchers made history in the 1950s when they created the first artificial intelligence program in the world. Now, the school where they conducted their research is offering undergraduates the chance to earn a degree in the field Herbert Simon and Allen Newell founded.

CMU’s School of Computer Science (SCS) announced this month that it will be offering the first undergraduate degree in artificial intelligence in the U.S. starting this fall. Reid Simmons, a research professor of robotics and computer science at CMU, will serve as the director the new program.

The program and its curriculum will focus on how complex inputs — such as vision and language — can be used to make decisions or enhance human capabilities. AI majors at CMU will receive schooling similar to computer science students, but will have additional coursework in subjects such as machine learning and human-AI interaction. Simmons said the program will also put a strong emphasis on ethics and social responsibility in using A.I.

Enrollment for the degree is initially set at no more than 100 students — about 30-35 new students each year. A limited number of sophomore and juniors who have already taken courses relevant to the major can apply to join the program for the fall.

Several other American universities offer computer science degrees with concentrations in AI, but CMU is the first to offer an undergrad degree focused solely on the subject. Pitt’s School of Computing and Information announced the launch of its new Modeling and Managing Complicated Systems Institute on Monday, which intends to use artificial intelligence and machine learning algorithms to address social problems.

CMU currently offers about a dozen AI-related courses, including Artificial Intelligence and Humanity and Human-Robot Interaction. U.S. News recently ranked CMU’s School of Computer Science as the No. 1 graduate school for artificial intelligence.

A 2018 study from American media company O'Reilly suggests that there is a shortage of trained engineers who understand and can work with AI and that a need for them is rising. Andrew Moore, dean of CMU’s School of Computer Science, says specialists in artificial intelligence have never been more important and in greater demand than now.

“Carnegie Mellon has an unmatched depth of expertise in AI, making us uniquely qualified to address this need for graduates who understand how the power of AI can be leveraged to help people,” Moore says.