CMU Alumni Return to Fill The Moon Up With Light

PigPen Theatre Co., made up of seven Carnegie Mellon University graduates, returns to Pittsburgh this month for a run at City Theatre with its acclaimed show “The Old Man and The Old Moon.” 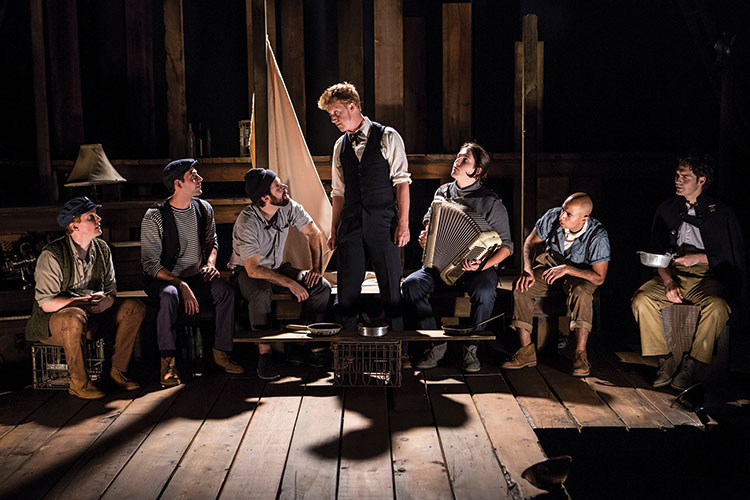 In 2007, seven freshmen drama students started creating theatrical productions in their dorm rooms at Carnegie Mellon University. The shows were a mix of puppetry and folk music, a hybrid genre that encouraged invention and fun.

Ten years, four musical folktales and two albums later, the seven-member troupe — now in the form of PigPen Theatre Co. — is returning home to perform its acclaimed show “The Old Man and The Old Moon” at City Theatre, a production The New Yorker said was like watching “child geniuses at play.”

The boys have become men, but they’re still playing with puppets. 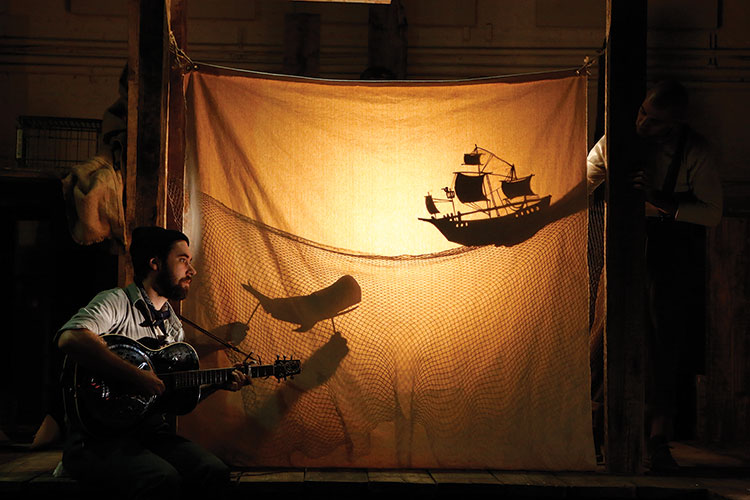 “I hope we don’t grow out of that in any way,” PigPen Co-Founder Curtis Gillen says of The New Yorker’s characterization. “We still feel like we’re kids playing in the sandbox.”

“The Old Man and The Old Moon” follows a man whose job it is to fill the moon up with light. But he shirks his duties to follow his wife, who has sailed away in pursuit of a mysterious song. His own journey across the sea is a tale of its own. It’s part musical folktale, part fantasy and part comedy and is meant for all ages. The show has received numerous awards, including the Jeff Award for best original music in a play.

“We admire the people at Pixar, that there’s something there for everybody,” Gillen says. “We believe it’s a story for everybody.”

After graduation, the seven went to New York City to participate in CMU actor showcases, performing at the iconic Barrow Street Theatre. 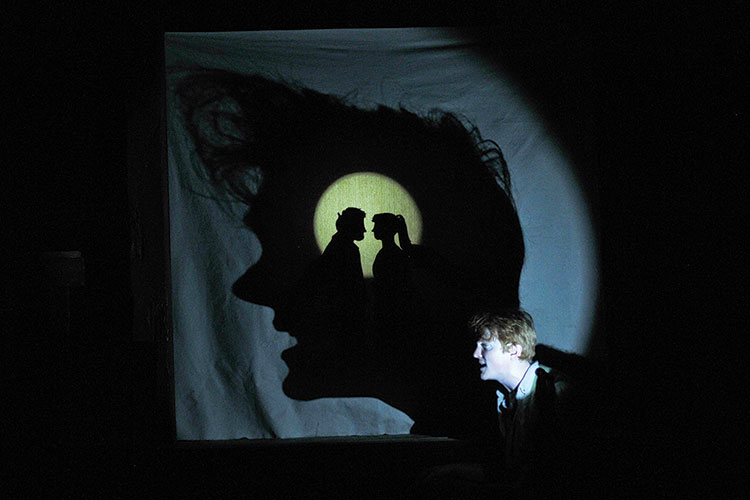 “It was about that time, maybe before, that we decided this was working,” Gillen says.

Today, they travel all over the world together — some cast members even live together.

“It doesn’t feel any less cool than you think it would,” says PigPen Co-Founder Arya Shahi. “There are seven of us. We’re common minded. We have different tastes. We have different strategies. But we really think about ourselves as freshmen. If we had a time machine and told those freshmen what was going to happen over the next 10 years, it’s mind-blowing.

“We’ve kind of grown up together. We’re more like a family in the way we run our business and our creative pursuits.” 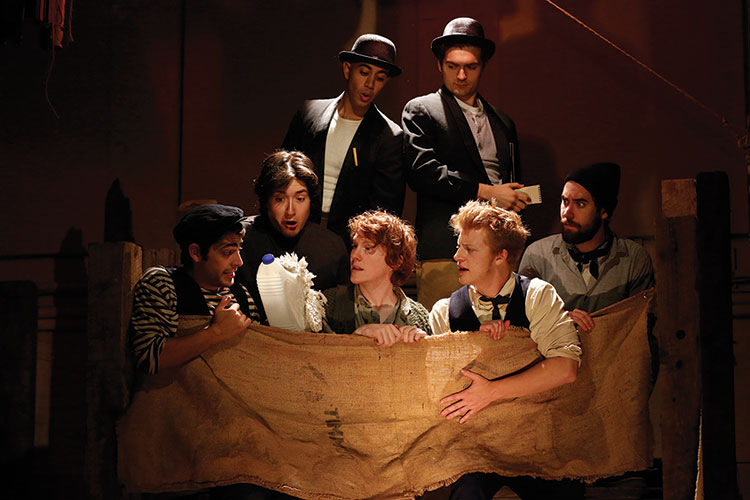 While it started as a group theater project, PigPen has evolved into a musical act as well.

“We all had this interest in music and various degrees of musical backgrounds, so we threw in some folk music in the first play and it only grew,” Gillen says. “The guys started learning new instruments to complement the sound of our plays, and that sort of grew into people asking us, ‘Where can we hear your music?’”

They decided to record and now have two albums. In 2015, they opened for Mumford & Sons. The same year, they performed in the film “Ricki and the Flash,” which starred Meryl Streep.

While they’re in town for their production at City, they’ll put on two musical performances at Club Cafe (Nov. 20 and Dec. 4).

“When you’re a band, there are far fewer rules in terms of traditional structure as a performer,” Shahi says. “As a band, you can talk to the audience in the middle of your set, or you can have a rise and fall. As storytellers, of course, you’re going to want to explore both forms.” 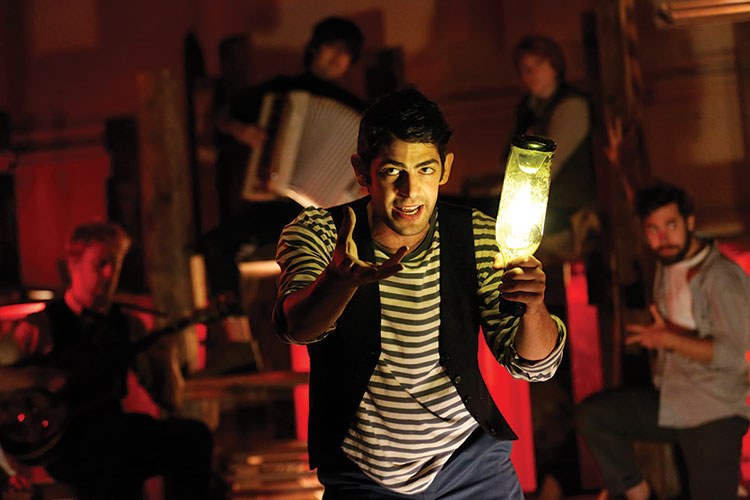 “There’s this weird charm that comes out of all of their performances,” she says. “They’ve got a real mystical, magical sense to everything they do.”

As for the troupe members, the freshmen inside of them are honored to perform at the Pittsburgh theater not far from where it all started.

“When we were students at Carnegie Mellon, City was putting on some of our favorite productions,” Shahi says. “There was a lot of cool synergy there, and we’re excited to be back.”

“It’s a wonderful feeling, because I moved to the city to do what I loved to do,” says Gillen, who grew up in Bridgeville. “It’s amazing I get to come back to do that.”

This article appears in the November 2017 issue of Pittsburgh Magazine.
Categories: Things To Do