Closer to the Edge

Music on the Edge continually shines a light on avant-garde musicians, exposing locals to new music — maybe even a new favorite act. 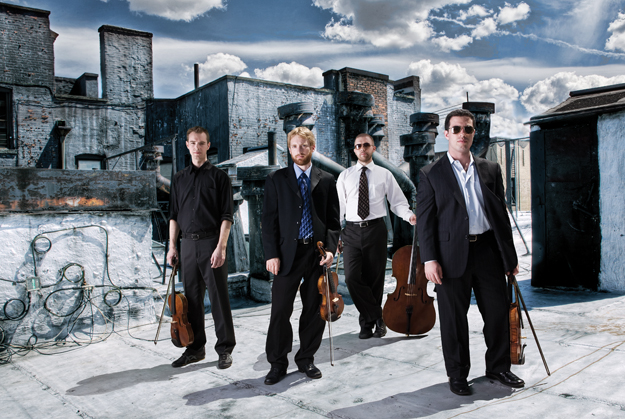 There’s something of a collective dead zone in our musical consciousness when it comes to compositions that aren’t classified as “classical” or “pop.” Those two terms — the first referring to music written several hundred years ago; the second to anything in the popular canon, from country to hip-hop — cover the genres for just about everybody. But then there’s contemporary music (best understood as the classical music of today). The avant-garde compositions and styles that make up contemporary music are unknown to most audiences; if you have the chance to experience these works in the hands of top performers, though, the event can be revelatory.

Enter Music on the Edge (MOTE), a daring program from the University of Pittsburgh’s Department of Music. The series, now in its 21st year, brings in performers from around the world to perform intimate concerts on campus and around the city, often premiering never-before-heard works. MOTE shows, as co-directed by Pitt faculty members Eric Moe and Mathew Rosenblum, can vary greatly from performance to performance; the series has dealt with everything from bizarre compositions played on one-of-a-kind instruments to lush concertos.

Next on the slate is an appearance by JACK Quartet, a group of string virtuosos out of Rochester’s famed Eastman School of Music. The four—cellist Kevin McFarland, violinists Christopher Otto and Ari Streisfeld, and violist John Pickford Richards—are almost solely focused on pushing the boundaries of their medium, frequently premiering new works (as they will at this concert, when they debut a composition by Pitt’s own Amy Williams). Their eclectic and interdisciplinary concerts are in high demand worldwide; later this year, they’ll embark on a ramble around the globe with pianist Maurizio Pollini that will take them to locales such as Switzerland and Japan.

But thanks to Music on the Edge, you can catch the Quartet at The Andy Warhol Museum on Feb. 25.

“They perform some of the most virtuosic pieces of our time with extraordinary results,” says Rosenblum. “It’s going to be very colorful, very rhythmically exciting.”

The concert, co-sponsored by the Warhol, features four pieces: Williams’ premiere of “Richter Textures”; “Potassium,” composed by the uncanny, atmospheric Michael Gordon; Jason Eckardt’s “Subject,” a one-of-a-kind multimedia exploration of the use of light and sound in military interrogations; and “String Quartet No. 5” by Philip Glass, a furious, melodic piece.

And therein lies the hook that JACK Quartet—and Music on the Edge—can offer: If works like these are unfamiliar, then you have the opportunity to radically expand your knowledge of contemporary music and experience something brand new.

Music on the Edge presents two more shows this season: The Firebird Ensemble, which makes it their mission to expose new audiences to a broad range of music, will take the stage March 17. And The Bugallo-Williams Piano Duo will feature works by Hungarian composer György Kurtág on April 2. Tickets are currently on sale.